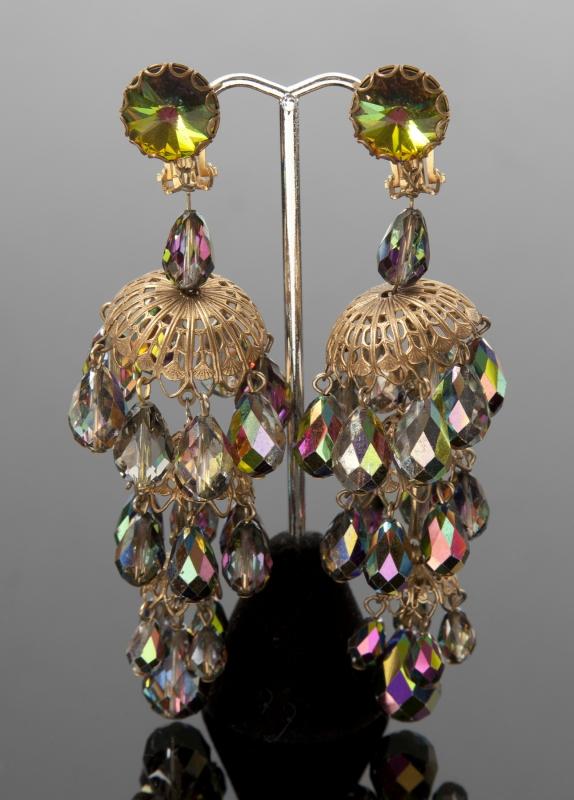 A pair of chandelier earrings worn by Whitney Houston in publicity photographs for the film The Bodyguard (Warner Bros., 1992) were sold for $3,125 at a juliens live auction, the auction house to the stars of the past, present, & future. Designed by Los Angeles based jewelry designer Connie Parente, the earrings were made with gold tone wire filigree frame with hanging iridescent multifaceted teardrop beads.

The auctioned items included: evening and cocktail dresses that belonged to Whitney Houston, “Greatest love of all” production recordings, costume jewelry, Whitney Houston “PLATINUM” Record Award and so on.