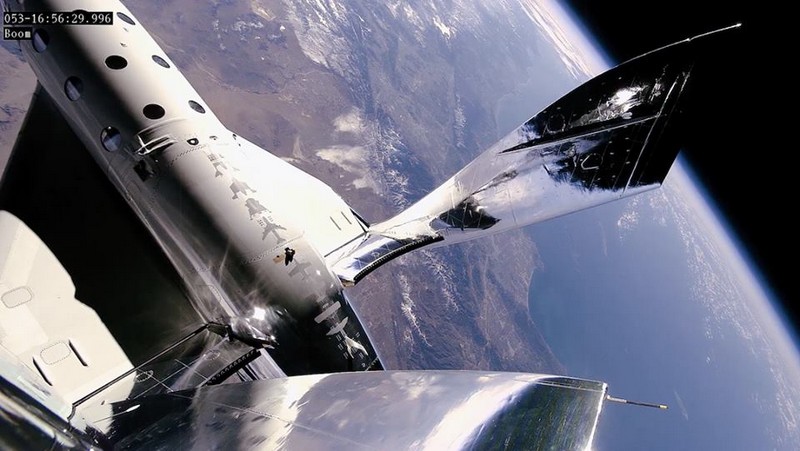 Publicity-hungry billionaires must have a space venture, and here’s Sir Richard Branson’s: Virgin Galactic is now a stock market-listed company with a $2.4bn valuation. Actual space tourists won’t depart until next year, but Branson has beaten Elon Musk and Jeff Bezos in getting his business floated in New York.

Galactic, despite the whizzy-looking planes, is quite a simple financial bet. It’s a punt that multimillionaires can be persuaded in droves to part with $250,000 – the price of a ticket to ride from New Mexico to 50 miles above the Earth’s surface and back. Galactic is projecting revenues of $590m and top-line earnings of $270m in 2023, by which time it expects to have flown 3,242 passengers. Who are they all supposed to be?

The marketing pitch is that a trip on Galactic makes for a more entertaining holiday for the super-rich than a tootle around the Med on a floating gin palace. A Philip Green-style cruiser costs $500,000 a week to hire, apparently. And a private island comes in at $230,000 a week, according to Branson’s crew, who presumably have the inside track on Necker’s rental rates. Thus Galactic, according to the grim prose in the listing documents, “offers a unique value proposition relative to comparably priced ultra luxury travel and transportation experiences”.

Viewed that way, one can see how the numbers might stack up. Galactic reckons it needs only 0.1% of the “high net worth” market, defined as those with assets of at least $10m, to climb aboard in the first few years. If the calculation is that 0.1% also don’t give a damn about their carbon footprint, that’s probably accurate, sadly.

All the same, best not to over-rely on the marketing brochure. Demand is surely near-impossible to predict once early-adopters have had their fill. For a 90-minute ride, even the idle rich might regard $250,000 as steep.

And a single mishap (remember the fatal accident in testing in 2014) would ground the entire project. Valuing Galactic at $2.4bn at this stage of its development looks other-worldly. Getting to the stock market is one thing; justifying the capital outlay is another.

It’s a scandal, apparently. Well, one sub-plot in the £5bn bid battle for Just Eat certainly appears odd at first glance. One bidder, Prosus, owns 22% of Delivery Hero, which is in the process of dumping a few million shares in Takeaway.com, the other bidder.

Since Takeaway’s offer for Just Eat is entirely in the form of shares, Delivery Hero’s gradual sell-down could be seen as naughty. One effect is to depress the price of Takeway’s stock, and thus the value of its offer. In the process, Prosus’s cash bid will seem more attractive by comparison. Cat Rock, a vocal 5.6% shareholder in Takeaway, wants the authorities to intervene and halt what it calls “market manipulation”.

Come on, though, this is not a case of dirty tricks. The crucial point is that nothing is being hidden from Just Eat shareholders, who can see exactly how many Takeaway shares are being sold by Delivery Hero, and when. They are free to form a view on where Takeaway’s stock might trade without temporary selling pressure.

Indeed, in assessing the merits of the two bids, it will be crucial to have an opinion on the long-term value of a Just Eat/Takeaway combination. Cat Rock reckons Just Eat, which stands at 761p today, is headed to £12 if the deal happens. If other shareholders agree, it will get what it wants and Prosus’ cash offer at 710p will fail.

As it happens, both bids currently look short of a few toppings. But the Delivery Hero wrinkle is a side-show. Just Eat investors have all the information they need and don’t require the authorities to hold their hands. There is no scandal here.

HSBC’s stand-in boss offloads staff to sure up stock

When the revenue line looks wobbly, fire a few thousand staff. This is the way at HSBC, and so it’s no revelation that the stand-in chief executive, Noel Quinn, is reverting to the usual medicine. He was vague on details, but it’s not hard to decipher his analysis that “previous plans are no longer sufficient” to improve the performance of misfiring divisions.

The weak share price fell a further 3.7%, and one can understand why. If 237,000 employees is too many, where’s the evidence that 227,000 would be exactly the right number to produce the required returns on capital? Even ignoring the long-term risks from over-exposure to Hong Kong, HSBC has become a mystery stock.