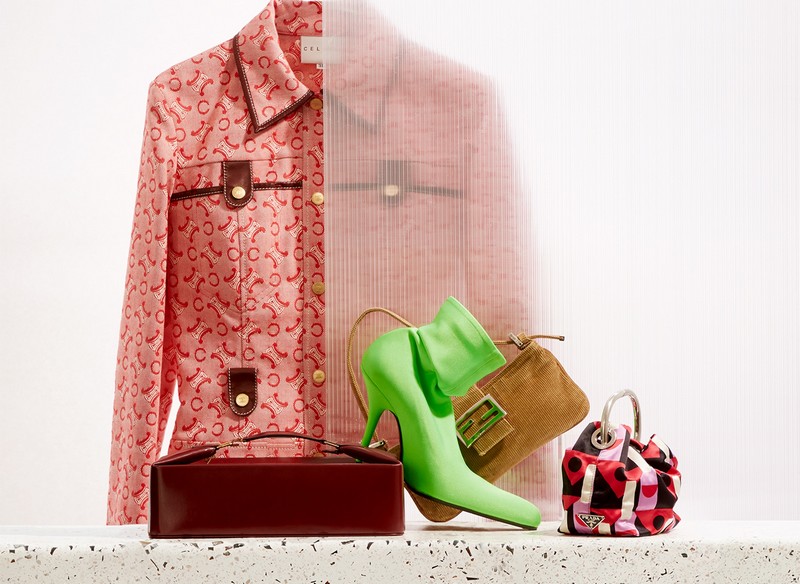 Selfridges has opened its first permanent space dedicated to secondhand clothing, reflecting a significant shift in the fashion industry’s approach to “pre-loved” goods.

The glossy boutique – which is run by the resale site Vestiaire Collective and housed at Selfridges’ flagship store on Oxford Street in central London – feels as aspirational as any of the traditional designer concessions around it. Pearl-studded Nicholas Kirkwood shoes (£200) and round, oxblood Mulberry bags (£465) are displayed in an uncluttered, brightly lit space that also features a rack beneath a backlit sign inviting customers to deposit items to sell.

Among a handful of expensive, rare pieces – such as a red-velvet Gucci suit designed during Tom Ford’s time as creative director, on sale for an eye-watering £4,275 – there are high-end items available at Zara-level prices, including a pair of Acne jeans for £45.

The secondhand luxury shopping market is predicted to grow 12% year on year, compared with 3% growth for the luxury market overall.

“The customer mindset has changed,” said Fanny Moizant, the co-founder and president of Vestiaire Collective. “In the car industry, it is perfectly normal for customers to ask themselves – do I buy new or secondhand? I think in a few years we will have the same mindset around fashion.

“Fashion is so polarised. The £1 T-shirt shouldn’t exist. At the same time, luxury pieces are so expensive. Resale makes luxury fashion accessible to the middle classes.

“Our affordable luxury brands such as Maje and Sandro are at fast-fashion prices when they are resold secondhand.”

Selfridges is one of several traditional luxury brands that has moved beyond viewing resale as a threat. Ralph Lauren, for example, has launched “Re/Sourced”, a collection of vintage products sourced by sellers on the resale app Depop. The items are available in the brand’s main store, on New Bond Street in central London.

At odds with received wisdom about “retail therapy” and the thrill of the purchase, Vestiaire Collective’s members suggests that the resale trend speaks to a different set of modern aspirations. In a survey, 54% of its customers said they bought and sold on Vestiaire Collective because they wanted to shop more sustainably, while 66% said they were drawn by “the thrill of selling pieces they no longer wear”.

But while secondhand fashion generally makes designer brands accessible to more shoppers, in the world of limited-edition trainers the opposite is true.

One pair of Nike shoes on sale at the concession originally retailed at about £120, but are now being sold for £910.