Spanning 1947 to the present day, “Christian Dior: Designer of Dream”exhibition at V&A museum in London will trace the history and impact of one of the 20th century’s most influential couturiers, exploring the enduring influence of the fashion house, and Dior’s relationship with Britain.’ 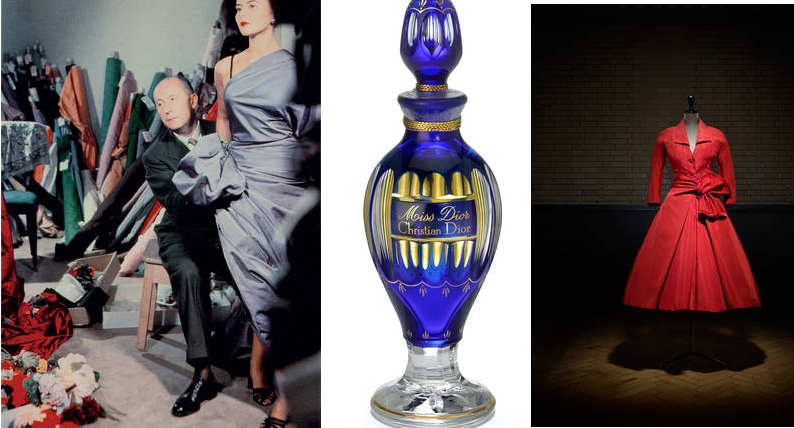 This article titled “V&A to stage UK’s largest ever Christian Dior exhibition” was written by Scarlett Conlon, for The Guardian on Wednesday 17th October 2018 15.13 UTC

A V&A exhibition celebrating the life and work of the fashion designer Christian Dior is expected to be the largest retrospective on the French fashion house ever staged in the UK when it opens next year.

Christian Dior: Designer of Dreams, which opens on 2 February, follows an exhibition of the same name that was held at the Musée des Arts Décoratifs in Paris last year, with the addition of a section documenting the designer’s fascination with British royalty and cultural figures.

Items worn by high-profile clients including Nancy Mitford and the ballet dancer Margot Fonteyn will also be exhibited. The designer’s love of London landmarks such as Savile Row, where he bought his suits, and the Savoy, where he hosted his first show in the capital in 1952, will be celebrated, as will his many collaborations with British manufacturers including Dents, the glovemaker, and Lyle & Scott, the knitwear brand.

Despite the V&A already holding many original Dior pieces in its archive, the exhibition’s curator, Oriole Cullen, said she and her team had embarked on intensive investigations to find many of the pieces that make this exhibition stand apart from its previous incarnation.

“We did some detection work and found things that haven’t been seen before,” she said, citing a navy blue suit worn by a British client to the London Savoy show, who was famously photographed by John French outside. “The image has been in the V&A’s archive for years but it’s very rare that the garment actually shows up.”

Dior was also charmed by British stately homes, in particular Blenheim Palace. Two gowns from the first collection he showed there in 1954, at which Princess Margaret was guest of honour, have been selected from the V&A’s archive.

Dior in Britain, as the section is called, is one of 11 categories that will be displayed in the Sainsbury wing of the museum, the first time that a fashion exhibit has been staged in the space. Charting the fashion house’s inception under its founder, the inspiration he found on his extensive travels and the creation of the New Look in the 50s, the show also looks at the direction and enduring influence the fashion house retained after Dior’s departure.

In total, 500 objects will be exhibited. Accessories, fashion photography, film, makeup, illustrations and Dior’s personal possessions will sit alongside 200 haute couture ensembles, including a metal star that the superstitious Dior found on the streets of Paris the night before a successful meeting with an investor and one of the earliest Bar Suits, which defined Dior’s New Look and was gifted by the house to the museum in 1960.

The exhibition, designed by Nathalie Crinière, will fill the space left by the V&A’s current fashion exhibition, Fashioned From Nature, which closes in January. It continues the V&A’s run of high-profile fashion exhibitions, which have included Alexander McQueen: Savage Beauty, The Glamour of Italian Fashion, and Balenciaga: Shaping Fashion.