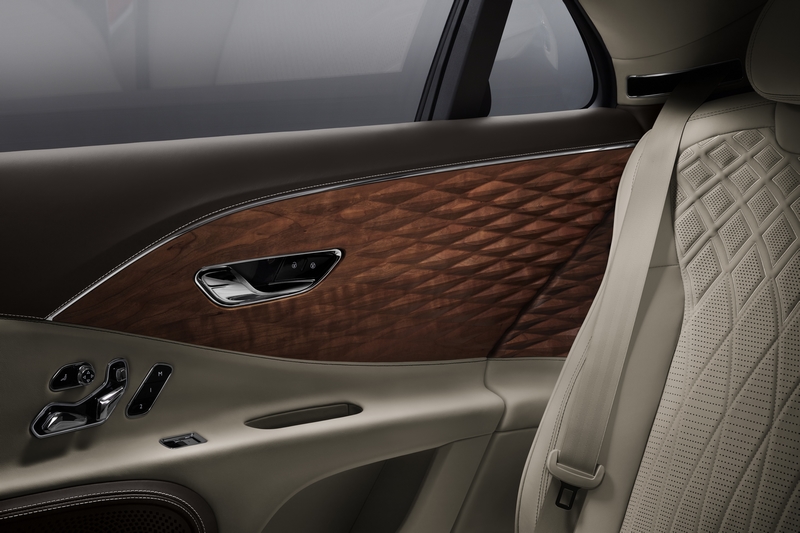 Three-Dimensional Wood is a world-first for the automotive sector – a striking, diamond-shaped pattern enhanced with a three-dimensional surface finish machined directly into the wood.

Bentley is offering a ground-breaking new Three-Dimensional Wood rear door trim for the first time, launched today for the all-new Flying Spur. Each rear door and quarter panel is handcrafted from a single block of sustainable American Walnut or American Cherry timber, in a harmonious marriage of traditional skills and modern technology. 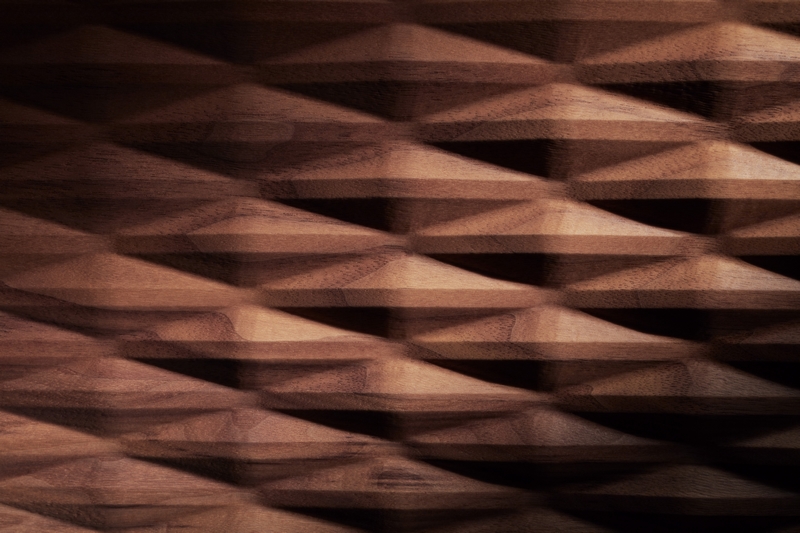 Three-Dimensional Wood required 18 months of production development by expert technical craftsmen before Bentley Mulliner could then bring the complex concept to reality.

The concept for 3D-machined wood was first shown in Bentley’s EXP 10 Speed 6 concept car at the Geneva Motor Show in 2015 and received wide acclaim. The distinctive feature was inspired by the form of leather used for the diamond-quilted areas in Bentley’s Mulliner Driving Specification interior suite.

The Three-Dimensional Wood parts are not made using veneers, as is typically applied to the fascia and waist rails.

Instead, each is created from a single block of timber. To achieve the three-dimensional surface, skilled operators carve the wood with a multi-axis routing machine to a tolerance of 0.1mm, less than the thickness of a human hair, hand-finishing the cuts for perfect results. An open-pore lacquer is then applied, allowing the true colour and texture of the wood to shine through for a refined, natural appearance.

Both American Walnut and American Cherry timber are sustainably sourced from North American hardwood forests. Bentley selects the very finest timbers, with no knots or resin inclusions through the depth of the wood. Only these logs offer an attractive grain and smooth finish, plus a natural texture and warm colour to complement the superbly appointed Flying Spur cabin. 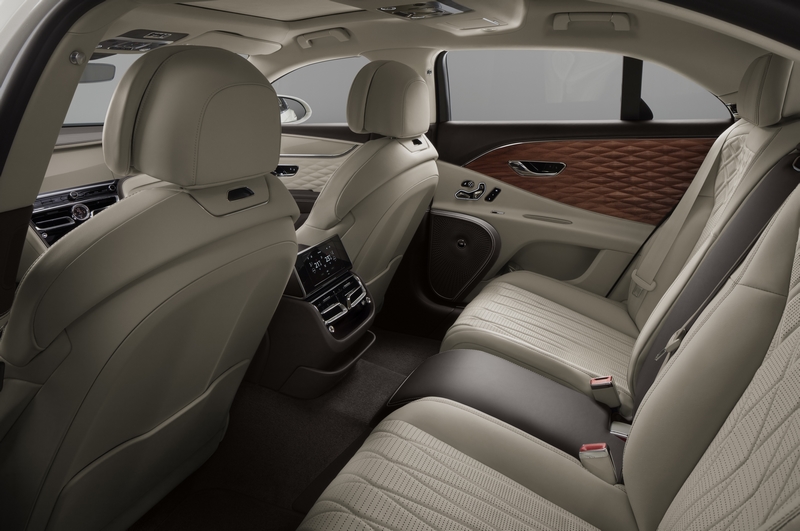 American Walnut is one of the most sought-after species of wood in markets around the world. It is darker than European Walnut, as well as tough, hard and of medium density. American Cherry is highly prized for furniture and interior joinery – the wood finish varies from rich red to reddish brown. 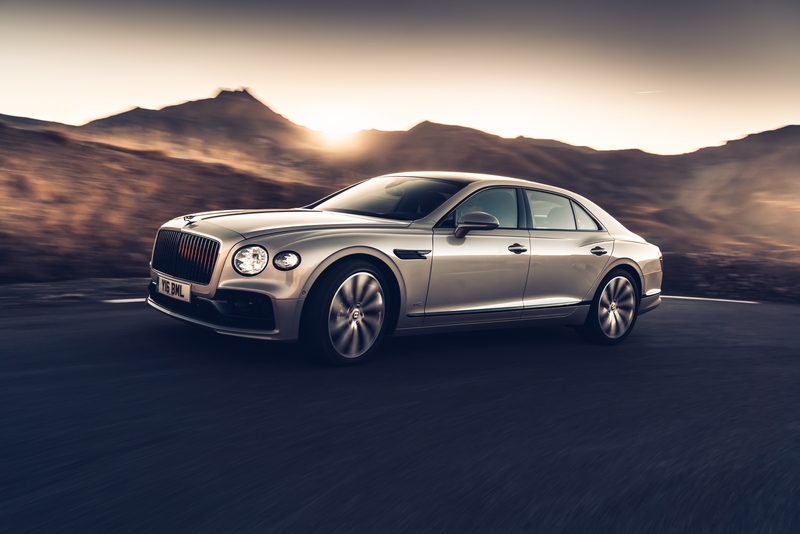 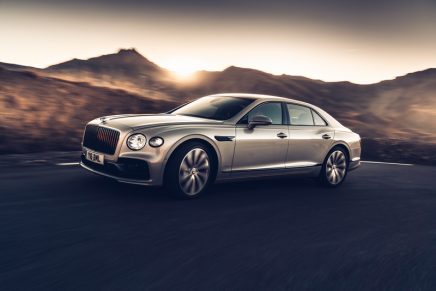 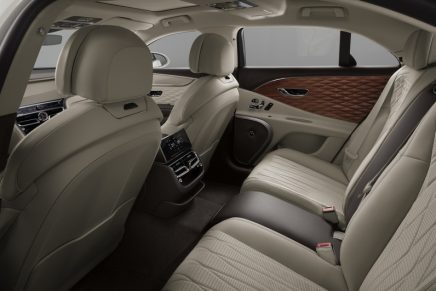 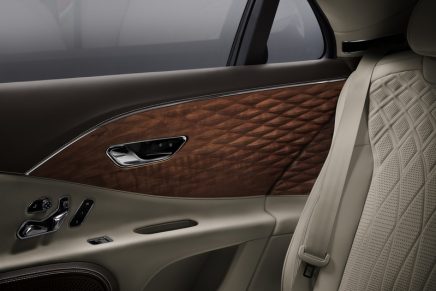 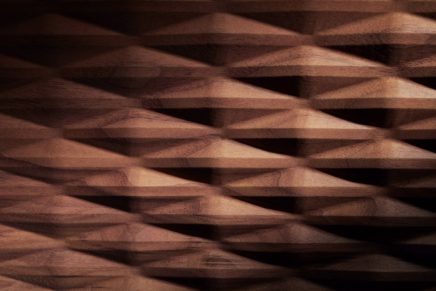