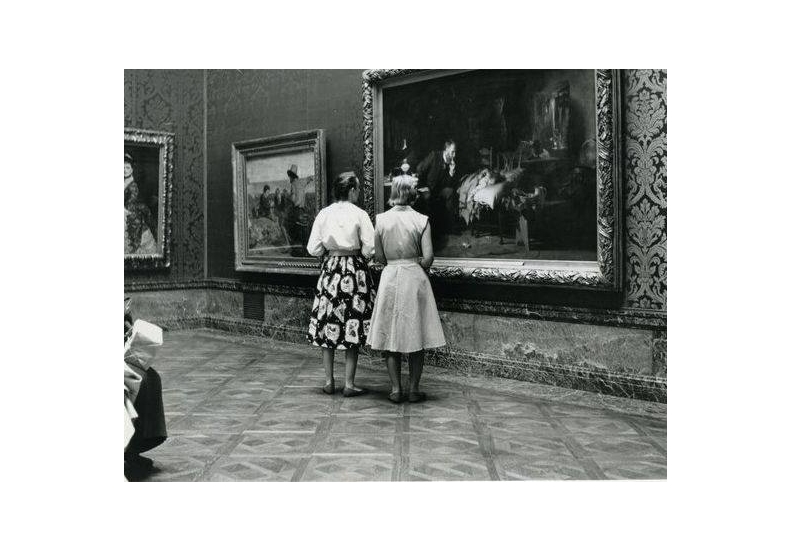 Happy 123rd birthday Tate Britain! The art gallery opened its doors to the public in 1897, displaying a small collection of British artists across eight rooms. @Tate

When Tate Modern first opened its doors 20 years ago, modern life seemed comparatively benign. At the opening party, JG Ballard looked on ironically from a balcony as a brass band played acid house anthems and shiny happy people queued to climb a Louise Bourgeois tower. It is about to open again. But the world has changed utterly – and quickly. Walking through the City to get to the post-lockdown press preview, I kept passing boarded-up champagne bars and To Let signs on glass buildings. Approaching the London museum I heard drums and chanting – a celebratory live art happening as Tate prepares to receive visitors for the first time since March? No. It was a demonstration by workers in Tate’s commercial arm whose jobs are under threat.

But when the normal fails, there is always modern art. So much of the greatest art in Tate Modern was made in times of crisis and terror. Out of 20th-century war, mass unemployment and dictatorships came shocking visions. I followed one of two routes you can now take through the museum – this one leads through its collection, past the Warhol exhibition that opened shortly before lockdown, and now gets a second bite.

First stop on the ghost train: Picasso’s 1925 masterpiece Three Dancers, a modern danse macabre cut through by savage intimations of the grave. Looking straight through the frenzied movement of gyrating jazz-age hedonists, Picasso sees bones and rot. One dancer has a skull bursting out of her face, with a void for a nose (maybe too much of that 1920s cocaine) and a hole where her heart should be.

Next, Salvador Dalí’s Autumnal Cannibalism confirms that Picasso was right to feel his world was headed into madness and catastrophe. It is 1936 and Spain’s civil war is, for Dalí, the spectacle of a conjoined couple tucking into one another’s flesh with knives and forks as their boneless forms sag on crutches. By the time Mark Rothko painted his Seagram Murals in 1958, the descent into irrationality had killed millions. Dark towers of smoke hover against purple. His paint is a tornado, a thunderstorm, an apocalyptic cloud. I’ve got to find some relief.

But there isn’t any. The Andy Warhol show starts out nicely enough, with childhood photos and his tender drawings that present the artist as “a shy, gay man from a religious, migrant, low income household” in the words of the press release. But bad Andy, morbid Andy, voyeuristic Andy soon surfaces from this wholesome persona. An evil force pulls you towards his Death and Disaster paintings with their cruel yet hypnotic eye for meaningless suffering.

Two people lie in an upside down crashed car. Their plight is repeated in multiple renderings of the same image, transferred to silkscreen ink from a tabloid news photo. You just have to look. She seems dead. He appears to be crawling to safety. The caption explains they both survived, but Warhol doesn’t see it that way. He sees death. He sees it again in a painting of a woman falling from a tall building – falling again and again and again, suspended timelessly in the sky in the last moments of her life.

Perhaps the work that brings most shudders of recognition is his 1963 silkscreen canvas Pink Race Riot (Red Race Riot). Here, too, his eye seems cold. He has set a series of news images from Life magazine in a lush rose wash. They show the Alabama police setting dogs on civil rights marchers. Warhol shows black protesters repeatedly being bitten by dogs. Whose side is he on? Why has he called this police brutality a “race riot”? But then you notice the anguished faces of observers, and the almost demonic demeanour of the cops. His objectivity makes this a moving and true painting of American history. Warhol is a virtue hider. You need to go the journey of apparent evil his art enacts to get to the good in it.

Emerging into the Turbine Hall, you can’t miss Kara Walker’s Fons Americanus, her gigantic, tottering parody of a Victorian fountain. Its satire seems even more viciously powerful than it did before the recent toppling of statues of slavers and Confederate generals. Walker has imagined, I see now, the kind of sculpture the apologists of slavery and empire might have created if they were honest. It is an explosion of the racial unconscious, bursting with demeaning caricatures, lynchings and waiting sharks. A survivor of this monstrous wreck fends off the sharks in his small boat. It has a name on its stern: the K West.

Related: The great reopening – how Britain’s galleries Covid-proofed themselves

Walker’s sculpture couldn’t be a public artwork. It would be too weird and open to misinterpretation. It belongs in a museum – in this museum, with its 20-year story of championing the new. Tate Modern has never been a relaxing place to visit. But we’ve never needed its clear eye for the restless more than we do now, as we learn the true meaning of modern times.