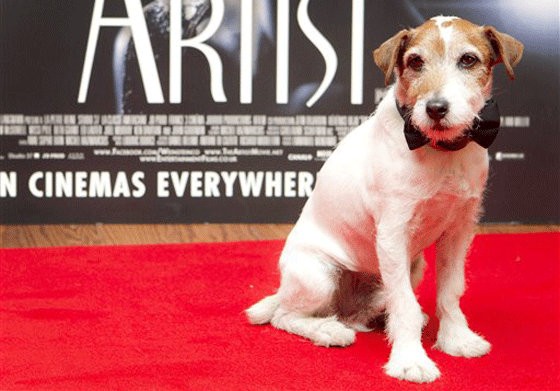 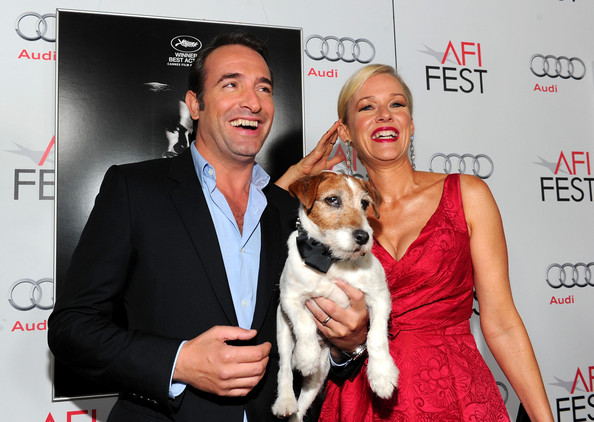 Dog News Daily’s inaugural Golden Collar Awards are the first awards show to honor canine actors in films and on television. Uggie, the Jack Russell Terrier starring in silent film “The Artist”, was top dog at this awards recognizing canine excellence on screen.

The veteran (10 years) performer beat out Cosmo from “Beginners”, Denver from “50/50”, Hummer from “Young Adult”, and the doberman Blackie from Martin Scorsese’s “Hugo”. Uggie was also nominated for his role in “Water for Elephants”.

“This is very important for all the trainers in the movie industry, because we have never been recognized before, and people just don’t understand that it takes hundreds and even thousands of hours to train a dog,”  said Uggie’s trainer Omar von Muller who accepted the award in form of  a collar decked with Swarovski crystals with a bone-shaped pendant. 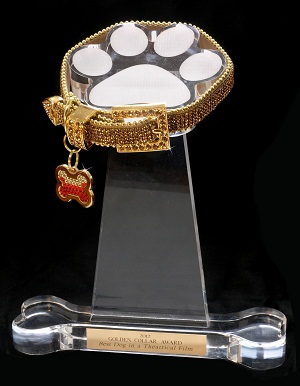 A special prize was also awarded to South African actress Charlize Theron for her work on behalf of animal welfare. Profits from the event were to go to animal welfare organizations. 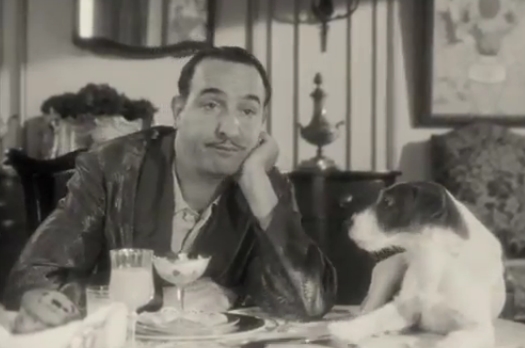 The list of 2012 Golden Collar Awards nominees:
Best Dog In a Theatrical Film
*Blackie as Maximilian in “Hugo”
Cosmo as Arthur in “Beginners”
Uggie as Queenie in “Water for Elephants”
Denver as Skeletor in “50/50”
Hummer as Dolce in “Young Adult”
Uggie as The Dog in “The Artist”