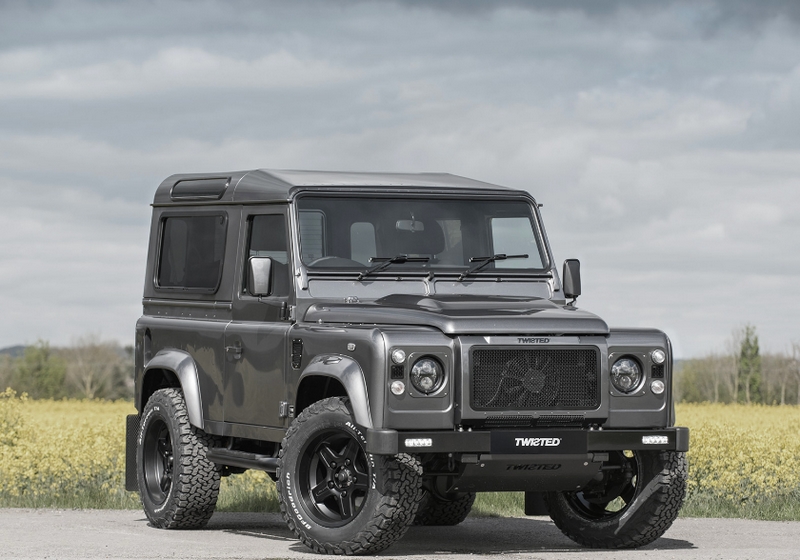 This article titled “Twisted Land Rover preview: ‘The much-loved classic gets a major twist’” was written by Martin Love, for The Observer on Sunday 18th November 2018 06.00 UTC

When Land Rover took the momentous decision to discontinue the Defender in 2016 after almost 70 glorious years in production, fans of the historic 4×4 held their heads in their hands and wiped tears from their weather-beaten faces. But all was not lost. Life-long enthusiast Charles Fawcett saw a niche in the market and set up Twisted Automotive. He bought the final late-build cars from Land Rover and gave them a highly individual ‘twist’. Adapting the British icon to be faster and more luxurious than the boulder-hopping, mud-wrestling, river-wading, heath-beating off-roader had a right to be.

Clearly, this wouldn’t have been an ideal business model. Once the cars were gone they’d be gone. But Twisted, based in Yorkshire, offers customers several alternatives. You can buy one of its box-fresh vehicles (engineers spend up to 300 hours on each vehicle: everything from replacing basic bolts, to full engine rebuilds and luxury interiors created around individual requirements). Or you can bring your own beloved Landy in and Twisted will give it the TLC it deserves.

It’s estimated 75% of all Defenders ever made are still in service. So that should keep Twisted busy until the all-new Defender arrives in 2020…