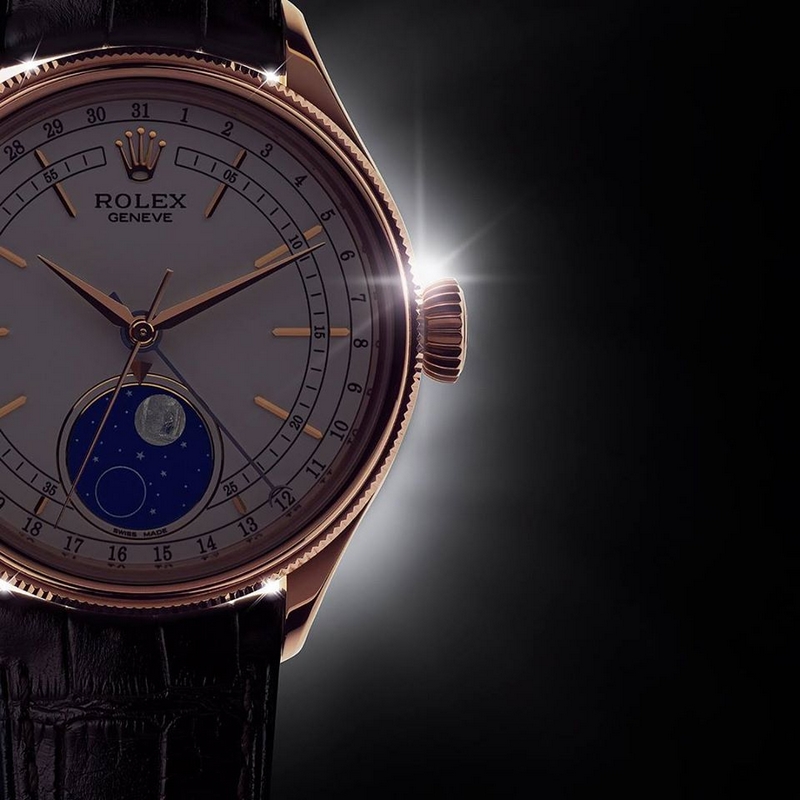 This article titled “Turn back time? What it means to wear a watch in the era of mobile phones” was written by Words Eva Wiseman, styling Melanie Wilkinson, photography Louisa Parry, for The Guardian on Wednesday 26th February 2020 06.00 UTC

I can tell the time. Honestly, the big hand, etc, the little hand and so on. I can definitely, absolutely tell the time, but a moment came, around 20 years ago, when I realised… I no longer had to.

One side-effect of the rise of mobile phones was that clocks became decorative and watches irrelevant. As years passed, and my own life transitioned from blood and air to thumb and screen, the need for their very existence became questionable. If I needed to tell the time, I would glance to the top of whichever piece of glass I was using and in the small cracks in between, the shallow minutes when I was walking from one screen to the next, well, I could wing it, perhaps by measuring the angle of the sun.

Yet as the need for watches has waned, the passion for them has remained. And, in certain circles, it soars. The author Gary Shteyngart detailed his obsessive love of watches in a New Yorker essay published in 2017, shortly after Donald Trump had been elected president. “In a society hopeless and cruel,” he explained, “the particular and the microscopic were the only things that could still prove reliable.”

It was with tentative nostalgia that I strapped a watch to my wrist last month. It was only the third of my life. The first was a polka-dotted Pop Swatch, a 10th birthday present I wore on my sweatshirt like a medal; the second a 1930s ladies watch that needed more attention than a 21-year-old art student could offer. This one is plastic, by Belgian brand Komono, and a sort of rubberised penile pink; it blends into my skin, offering an uncanny sex doll texture. It costs around £59, which is just as well: it would have been far too stressful to have road-tested a classy vintage piece. It took a week to remember to use it to tell the time, the action of lifting my left wrist so foreign to me that my hand felt weighted, yet I was deeply aware of it, as a statement, a sign.

“A watch was merely a watch,” until mobile phones arrived, says Bill Prince, editor of GQ Watch And Jewellery, “whereupon it was assigned many more attributes, not least the ability to define the wearer’s taste and social standing.” For men, hard-to-find vintage models by Rolex, Audemars Piguet and Patek Philippe have become “the nearest a man can get to owning an It bag – and occupy the same role: confirmation that he is someone who understands current trends, and has the resources to do so.” At Browns, sales of MAD Paris watches (reworked Rolex, Patek Philippe and Audemars Piguet models) average at one a week – the most recent sold for £125k.

In those first cautious days, my watch felt too heavy with meaning. I was horribly aware that strangers might have me for someone attempting a “digital detox” or some similarly tortured performance of superiority. And yet, as I became accustomed to carrying time, it became… handy. I found myself managing my day more efficiently – a morning broke cleanly into a number of parts, rather than simply post-breakfast and pre-lunch. While in previous eras a watch was the final accessory to a conservative, correct outfit, in today’s world half-lived online, I started to appreciate the way it released me, gently, from my phone. I can’t be the only person who, after lighting up its screen to find out the time, will look up 40 minutes later, having scrolled through the entirety of Instagram and half of the news, dazed, thirsty and with a metallic taste in my mouth a little like blood.

Say I were to embrace the analogue watch, and upgrade to something grand and vintage that tells others I’m an adult to be reckoned with, where would I start? Vintage watch expert Helmut Crott warns newcomers to be wary. “Anybody who does not have a trustworthy and knowledgable consultant should probably not buy a vintage watch,” he says.

OK. Fine. But what if I want one? What then?

“I’d recommend you touch the watch instead of buying online, and buy in major auction houses,” Prince agrees. “Buying at a reputable auction house is important (Fellows in Birmingham and the big three, Christie’s, Sotheby’s, Phillips) where watches will have been examined for authenticity and evidence of tampering. Otherwise, it’s important to consider provenance and wear, as they will affect values long term.”

The vintage watch isn’t just for the 1%. Most people buy them for hundreds, not thousands, but the cheaper models don’t interest the connoisseurs. The deeper you go into watch world, the more the numbers start to blur – the top watch in GQ’s Good Watch Guide costs £255k. When I make my millions, will I be purchasing an heirloom that ticks? “The number one rule is to do your homework: know your product and ensure that if there’s no certificate of authenticity, there is a reasonable guarantee that the goods are ‘as advertised’.” As well as the big brands one sees advertised by Hollywood celebrities, Prince adds, “There are smaller but no less prestigious brands that should be considered if investment is a goal: FP Journe, A. Lange & Söhne, Laurent Ferrier spring to mind. Otherwise buy what you like, wear what you buy and don’t get sidetracked by the current ‘hot house’ atmosphere around prestige watches.”

Should I? Could I? Shteyngart’s words ring in my ear as I gaze at the second hand, and consider the microscopic ways it has helped slow my life down. That night, unable to sleep, I find myself scrolling watches on eBay. In this new ticking world, phones, you see, still have their place.