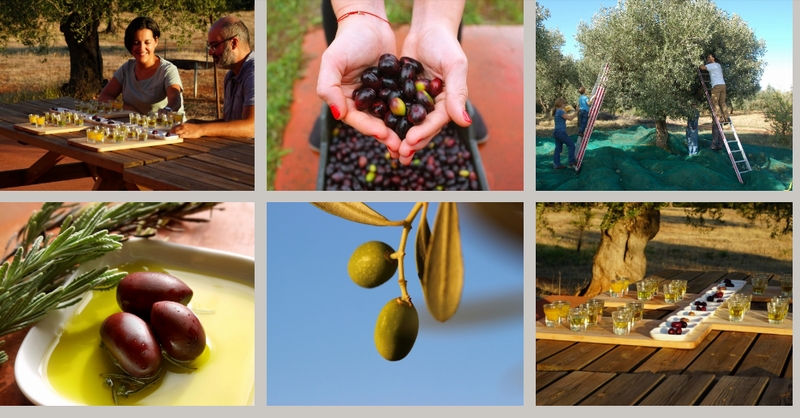 This article titled “Trippin’ out on olives: a food lover’s guide to the Peloponnese” was written by Andrew Bostock, for The Guardian on Tuesday 3rd March 2020 06.30 UTC

When I first went to Greece, some 30 years ago, I was a teenage backpacker and survived on biscuits and scrumped (delicious) lemons. I didn’t discover the joys of Greek food until I lived there as an English teacher after university. At the time supermarkets, such as they were, only sold canned and frozen food. I had to develop a new way of shopping: in markets, grocers and butchers, buying what was fresh, local and in season. This seems unremarkable now but for a South London boy at the time it was a revelation. It took me a few days to develop the courage to even buy tomatoes. Unlike the perfect spheres I was used to, these were large, knobbly affairs of mottled red and green, often covered with flies. But they tasted divine.

Times have changed, though the Greek attitude to food has not – and the Peloponnese (the southern peninsula of the mainland) exemplifies this. Not as tourist-heavy as the islands, and fertile: much of what you eat here will still come from local small-holdings and suppliers of meat and fish. It is also the heartland of the revival in Greek wine, and there is even craft beer to be had.

It is also home to the greatest olives and oil on Earth (I am prepared for arguments over this, but I will win). This is the key to Greek food: local ingredients, often simply cooked, which let the flavours shine. The perfect example is Greek salad, horiatiki. It is possible to buy the ingredients at any British supermarket (tomatoes, cucumber, feta, olives, oil, red-wine vinegar and oregano – never lettuce, peppers or anything else) but the result will not compare with the simple brilliance of an example bought in even the most basic Peloponnese taverna. Here are a few other highlights from various parts of the region.

This area, only an hour from Athens, is as far as most tourists get into the Peloponnese. There is a good reason to do so, with Mycenae and the incredible theatre of Epidavros being the main two of myriad ancient sites to visit. A great base is the 19th-century town of Nafplio or nearby resort Tolo.

To the north of here, an excellent introduction to the produce of the Peloponnese can be had at Nafplio Biofarms, which is run by the Zotos brothers, who also have a guesthouse in Nafplio itself, the Pension Marianna (doubles from €80). Farm tours, tasting sessions and cookery lessons are all on offer (from €12pp).

In Nafplio there are a plethora of restaurants. Near the main square, the pedestrianised Staikopoulo Street with cheek-by-jowl tavernas that will tout for your business is good for cafes and people watching. The best tip is look for where the locals are eating (if this is your aim go for dinner when they do, at least after 8pm). Vasilis(mains from €10) is a reliable bet, with great lamb dishes and a tasty beetroot salad. If you fancy fish, the other foodie street is Bouboulinas, by the waterfront.

Not far away, Nemea, home of another ancient temple and stadium, is the wine centre of the Peloponnese. Greek wine used to be the source of much humour, and the carafes of boxed house wine available in most simple tavernas (sold by the kilo!) can be an acquired taste – although the acidity cuts through the often-oily food well. Much of this has changed and good restaurants will now have an all-local list of bottles that’s worth investigating. In Nemea this is mostly red, and the local wineries welcome visitors for tasting sessions: try lafkiotis.gr, palivos.gr (from €7pp), or papaioannouwines.gr).

Home of ancient, and modern, the Laconia region is at the heart of the Peloponnese. The warlike Spartans weren’t famous for their buildings but their Byzantine successors more than made up for this, and the remains of the cities of Mystras, Geraki and Monemvasia are spectacular. Near Geraki, the Eumelia Organic Agritourism Farm offers another opportunity to explore the local agriculture, particularly olives and wine. You can stay in a few self-contained cottages (cottages cost €225 in summer and sleep 5) and enjoy yoga retreats, too.

Sparta is now a modern, handsome town, with good tavernas, but I would personally head to the nearby ruins of Mystra, perhaps my favourite place. The nearby village of Parori offers a couple of tavernas around a group of small waterfalls and walks into the mountains above. I tend to eat at Drosopigi (+30 27310 83744, mains from €10 but trout is sold by weight and is more expensive), where the speciality is river trout that can be picked out fresh from the tanks beneath the waterfalls. It’s most reliably open for weekend lunches, phone otherwise.

The Mani and Messenia

I lived here for many years, and my daughter was born in Kalamata – so I’m a fan of this area. It is much more accessible than it used to be but, lying in the far south-west of the Peloponnese, it remains little explored.

Related: All over the Aegean: a great Greek island-hopping odyssey

Kalamata is famous for its olives, and oil, but is also a centre for other produce. The best way to explore this is at the biweekly market (Saturday and Wednesday mornings), held in and around hangar-like buildings between the bus station and the castle. All the produce of the Peloponnese is here (be wary of the meat section if you are queasy about these things). The dried figs are famous, as well as, in season (November-January), cheap “raw” olives, which you can have a go at preserving yourself.

About an hour south of Kalamata is the seaside village of Kardamyli, perhaps one of the most beautiful locations in the Peloponnese, surrounded by old tower houses and the peaks of the Taygetos mountains. There are plenty of good eating options but one of the best is Elies, on the beautiful pebble beach north of the village. It is run by Stavros and his wife (he is the son of the locally renowned Lela, once housekeeper to the British travel writer Patrick Leigh Fermor, who lived nearby) and serves modern takes on local food. You can also stay in houses in their olive groves (mains start at around €12, double studio €130 in summer).

Further south still is the village of Limeni. There are two famous fish tavernas here, sitting over the bay, where you can often see loggerhead turtles paddle by as you eat; Takis (+30 27330 51327) and Kourmas (+30 27330 51458). Stay in the old tower house of Pirgos Mavromichali, which also has great food.

West of Kalamata is the agricultural region of Messenia. Little visited, it hides the sites of Nestor’s Palace (the wise old king who appears in the Odyssey and Iliad), Ancient Messene (an entire classical town) and the beach of Voidokilia, surrounded by a bird-friendly lagoon that hosts flamingos. The nearest town is Pylos, which has an amazing castle, but it is perhaps better to base yourself in Gialova, nearer to the beach. Both places have plenty of eating options, but my vote goes to Elia (mains from €10), which does local food with a modern twist and great regional wine.

The best tip, especially in more old-school tavernas, is to ignore any attempt at a menu and talk to the waiter, and best of all, ask to look at what’s on offer. Many places will have a few oven dishes of the day, which will be on display in, or near, the kitchen.

Meat wise, lamb is an excellent choice. My two favourite ways this is done are paidakia and kleftiko. The former, often translated as lamb chops, but often more rib-like, is simply chargrilled with lemon, herbs and oil – don’t go for this unless you can see the charcoal grill. The latter is famous in Cyprus and Crete – but also in the Peloponnese. Slow-cooked in sealed packets, the idea was to hide the smell of the food from the occupying Turks. I have always been dubious of this, as when I home-cook it the delicious aroma pervades the place, however hard I wrap it. Rabbit is also well worth looking out for.

Salads and dips are also excellent. Obviously, the horiatiki, but it is surprising how delicious a chopped-up cabbage dressed with local oil and lemon can be. Vegetable stews such as briam, a beautiful oily mix, are well worth trying.

Fresh whole fish is what Greeks often have for a celebration meal, though it can be expensive. Look for them sitting on ice outside tavernas by the sea. Make a choice and they will weigh it for you and say the price, though feel free to decline. Again, grilled simply with lemon, red mullet (barbouni), is a good option. For a cheaper taste of the sea go for gavros (small grilled fish like whitebait), octopus (grilled or boiled) or kalamari ( squid). I tend to go for seafood tavernas from where you can throw your bones and olive pips straight into the sea from your table, and that have drying octopus tentacles hanging from the awnings. You’ll rarely go wrong if you follow this rule.

A last shout out must be given to the giros pitta. This is Greek fast food a little akin to the doner kebab, but please don’t think of your local takeaway. Layered slabs of pork (chicken is also used) are put on tzatziki-spread flat pittas, and then garnished with salad. Nowadays, chips are often added, but this is wrong – ask for horis patates. The whole thing is then rolled in grease-proof paper and should be eaten with your hands. It is usually just too big for your mouth, which leads to a glorious mess. One is a substantial snack, two a good meal, three or more for box-set binges.

Andrew Bostock is author of Greece: The Peloponnese: with Athens, Delphi and Kythira (Bradt, £15.99)

The Trip to Greece starts on March 3 (10pm, SkyOne). Episodes 4, 5 and 6 visit locations in the Peloponnese.