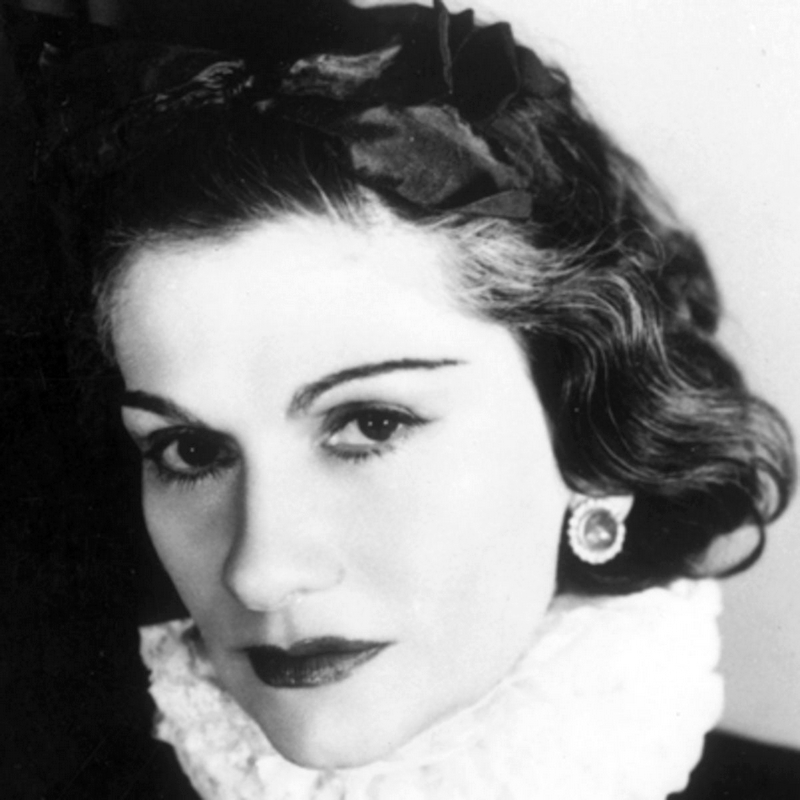 2. Coco Chanel became very rich and famous during her life, but her childhood was a humble one. She was the daughter of a peasant and a street vendor and was born in a poorhouse.

3. After her mother died, she was sent to an orphanage in a convent, where she stayed until she was 18. It was here that Gabrielle learnt to embroider, iron and sew.

4. Coco Chanel started her fashion career by designing hats. With the help of one of her male admirers, she opened her first shop in Paris in 1913. As it became more popular, she started selling clothes as well.

5. In the 1920s she introduced the Little Black Dress to fashion. Intended to be affordable and easy-to-wear, Vogue rightly predicted that it would be worn around the world.

6. Her influence wasn’t just on clothes. At night, she appeared at the opera house with short hair, inspiring many women to adopt the new “garçon” (boyish) style.

7. In 1921, she created her first perfume, Chanel No 5. It was the first fragrance to bear the name of a designer, and was accompanied by the number five because Chanel had been told by a fortune teller that this was her lucky number.

8. Coco Chanel’s revolutionary designs were elegant but also comfortable and practical, as they freed women from wearing corsets. She also dared to shorten skirts so that ankles could be seen!

9. In 1954, aged 71, Chanel reopened her fashion house after it had been closed for 15 years during the war. She told the actress Marlene Dietrich it was because she was “dying of boredom”.

10. On 10 January 1971, after returning from a walk with her friend Claude Baillen, Coco Chanel died on her bed in the Hotel Ritz. Her last words to her maid Celine were, “You see, this is how you die.”