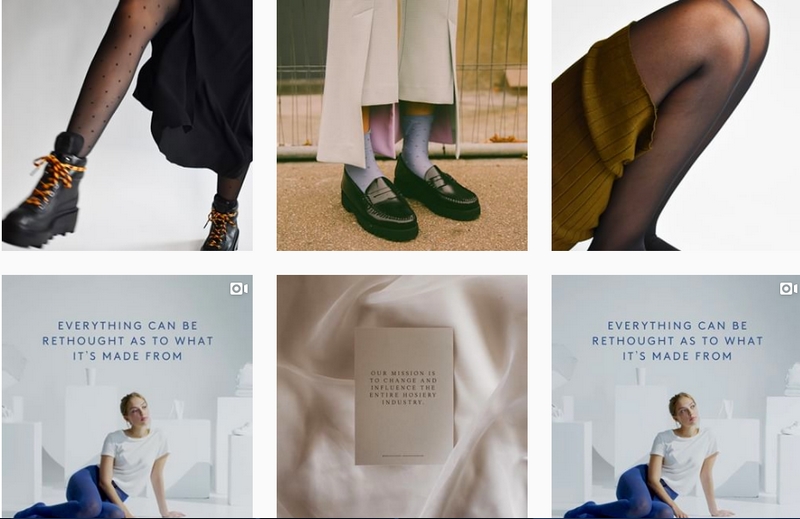 They can be nude, black, brown, glittering, golden or grey. But tights are rarely green. And for people grappling with how to marry fashion and sustainability, that’s a problem.

Now a number of brands are swapping nylon for more eco-friendly material, recycling it, or making ladder-proof legwear that won’t be thrown away in minutes.

Tights are “the single-use plastic of the textile industry”, says Daniel Clayton, who in January set up the Legwear Company to sell what it describes as “sustainable hosiery”. He estimates there is “in excess of 103,000 tons of hosiery waste created every year around the world … the equivalent of more than 8,000 double-decker buses”.

Tights are enjoying a fashion moment, with even black opaques appearing on the catwalks at Alexa Chung, Balmain and Balenciaga, and on the legs of the Kardashian family on the cover of the latest issue of CR Fashion Book. At Andreas Kronthaler for Vivienne Westwood the hosiery came decorated with chain links, at Ashley Williams red tights clashed against hot pink dresses, and at Burberry orange tights banged out from under brown suits.

Linn Frisinger, one of the founders of Swedish Stockings, which uses recycled polyamide, elastane, biocotton and cashmere, says demand is “growing 100%” even in the warmer months. Swedish Stockings was founded in 2013 to “change and influence the entire hosiery industry because the hosiery industry as we know it is very traditional, outdated and a major source of pollution”.

Related: The truth about tights: my search for a pair to end women’s hosiery hell

Jessica Kosak, of the Sustainability Consortium, says “the main environmental impact from tights is due to the energy needed to create workable yarn. Nylon requires a great deal of heat to create fibres and to form them into strands used to spin yarn”.

Then there is a secondary impact: “When you wash things like nylon there’s a lot of microplastics that are released into the water,” says Sarah Needham, from the Centre for Sustainable Fashion at London College of Fashion, UAL. “It’s sometimes very complex to be able to recycle it, so it’s a material that will end up at landfill and not be able to be broken down.”

Hosiery waste, Clayton says, often goes under the radar: “Exactly the same polymer raw material goes into hosiery tights as plastic bottles and bags. They will meticulously recycle their household waste, but wouldn’t think twice about throwing a laddered pair of tights in the bin.”

Brands are also focusing on snaggability. Giving garments a longer lifespan is key to making them more sustainable. New brand Hedoine even offers a ladder-free guarantee. Sheertex, a Canadian brand, is marketing “the world’s first unbreakable sheers”, and the Legwear Co has a 60-day warranty.

For Needham, it’s about “understanding that things like tights have become a real disposable item to us, but encouraging people to really invest in them in the first place and make sure they’re using them for as long as possible”.