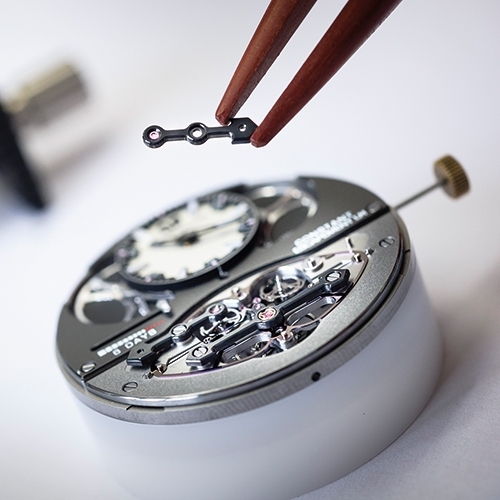 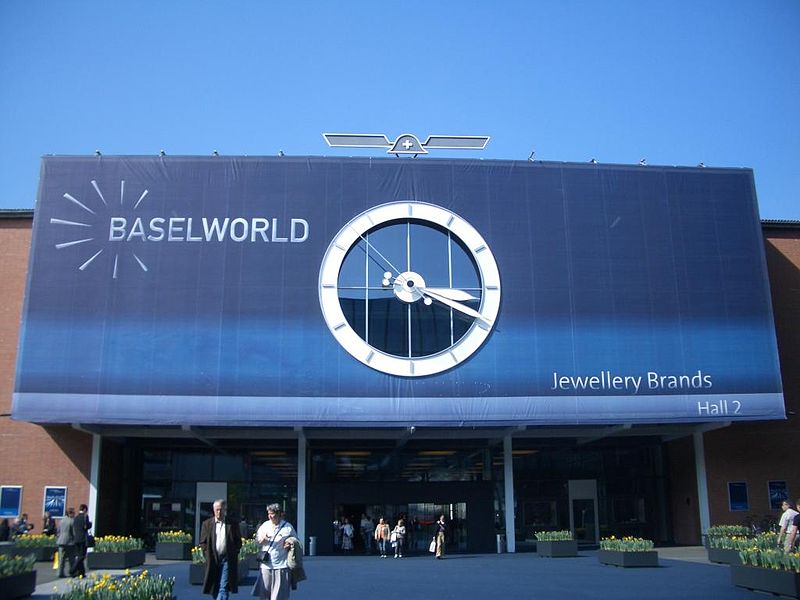 Everything that exists under the sun in terms of timepieces, mechanisms, gems and jewelry can be found at Baselworld, the world’s most important event for the watch and jewellery industry. From 27th of March, the sector witness authentic technical revolution in Haute Horlogerie, watchmaking excellence and jewelery traditions presented by the leading watch and jewelry brands, as well as houses specializing in precious gems.

Here is a preview of some Swiss high-end and luxury timepieces present at this year’s Baselword. Check also “The watches of 2014 Baselworld. Swiss-Made at its very best. Part I, Part II, and Part III. Read also about 2luxury2’s report from last year’s Baselworld. 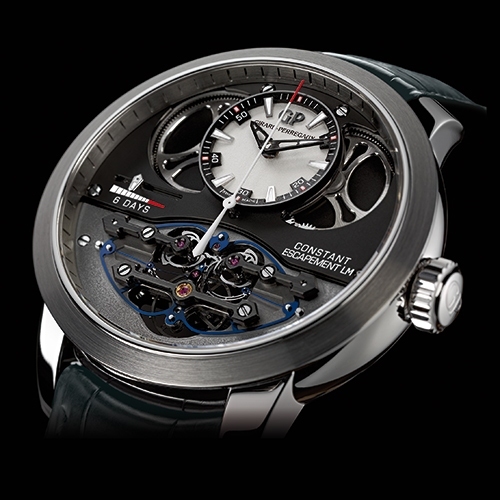 GIRARD-PERREGAUX Constant Escapement L.M. watch – 2014 pink gold version
Thanks to this innovation protected by three patents, the escapement delivers constant energy to the regulator, whatever the energy left in the barrel, in order to ensure the perfect regularity – and thus optimal precision – of the watch. In 2014, Girard-Perregaux is presenting a pink gold version of Constant Escapement L.M. 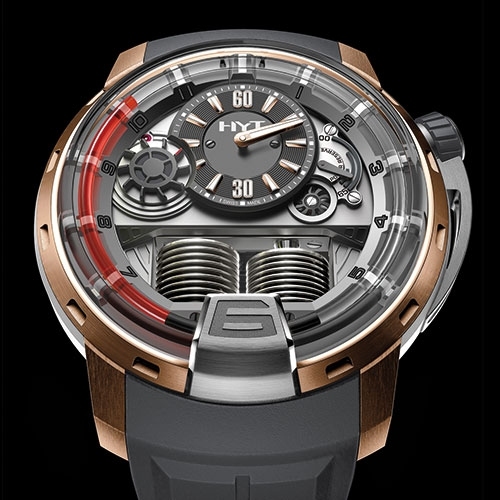 HYT H1 RED2 Limited series of 50 watches – shows time using red liquid
Stored in a reservoir under the dome at 6 o’clock, this liquid advances through a capillary as the hours go by, then returns to its initial position in a retrograde movement after completing one circuit of the dial. 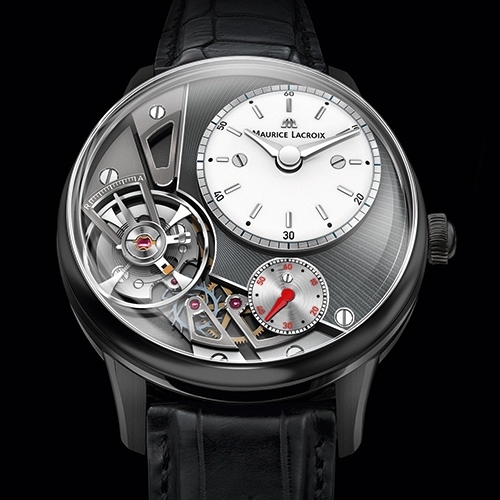 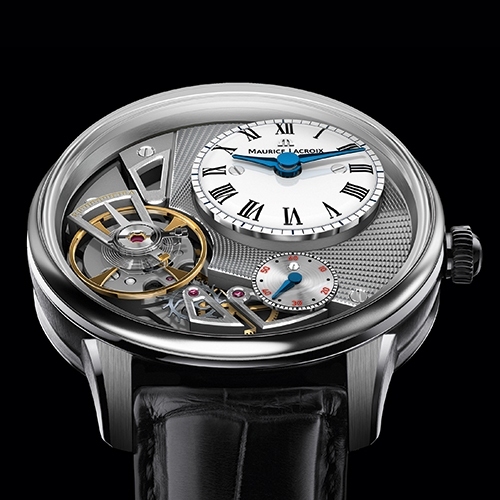 Masterpiece Gravity is the first watch equipped with an assortment – balance roller, lever and escapement wheel – entirely made of silicon. Three times lighter than steel, this material is also more accurate, less energy-hungry and requires no lubricant. Like the oscillator, this fascinating innovation is clearly visible within a resolutely contemporary aesthetic composition accentuated by an off-centred hour and minute dial, as well as small seconds creating fascinating depth effects.

JULIEN COUDRAY 1518 Œuvre JC 1588 Sport watch – cars and watchmaking brought together
The mechanical movement that beats inside this Œuvre JC 1518 Sport reproduces on its oscillating weight the registration plate of its lucky owner’s car, making each timepiece truly one-of-a-kind. The harmoniously miniaturised number plate is crafted from solid 18K red gold and grand feu enamel. Fully hand-engraved and decorated, there are no limits to how it can be personalised, making it even more individual and exclusive. In an ultimate touch of refinement, the service
indicator, shown in a window at 12 o’clock, reveals a drop of oil, reproduced in enamelled gold, after four years to remind the wearer that the watch must be serviced. 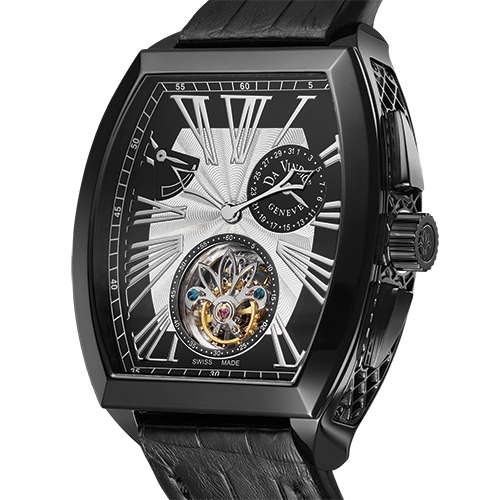 DA VINDICE GENEVE The Vindex Tourbillon watch – an encounter between the tourbillon and a resolutely 21st century design
Topped with the brand’s emblematic lily motif, the tourbillon sits majestically enthroned at 6 o’clock, while the dial reveals other beauties including generous Roman numerals standing out against an elegant guilloché background. The honeycomb motif adorning the sides of the tonneau-shaped case completes the total-black composition. 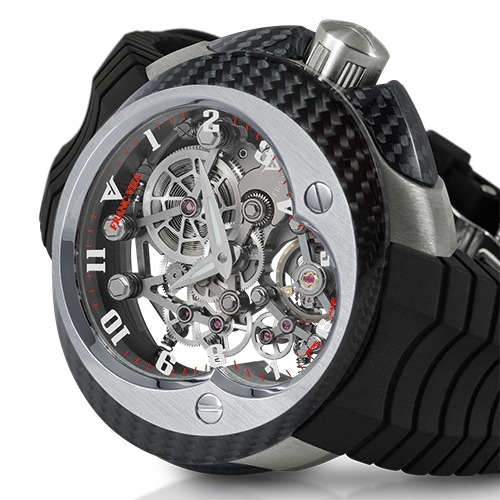 FRANC VILA Cobra FV 18E “Manual Suspended Skeleton” watch – making time stand still for just a moment
This timepiece works true magic when the gaze alights on the skeleton-worked movement. Built and cased-up in total suspension, the calibre is stabilised by a clever system of springs. Appearing to be levitating in a dial-free structure, it draws observers into a fascinating mechanical exploration 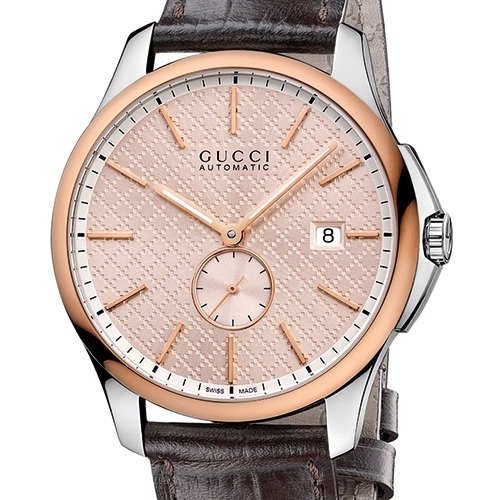 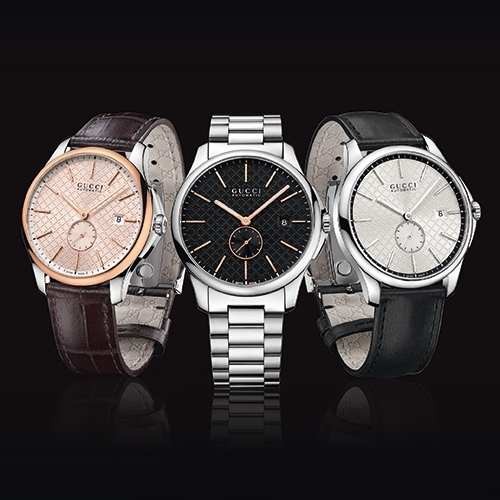 GUCCI G-Timeless Slim Automatic watches – completely updated with stylish new features
Proposed as three versions, they are now driven by a mechanical automatic movement for even more horological substance. A deliciously curved bezel surrounds the dial whose surface is decked out in Gucci’s iconic “diamante” pattern, in a larger design and now extending across the entire dial. A new minute circle accentuates the contour of the dial whose narrower hour-markers complete the look. Small seconds at 6 o’clock add to the dynamic character of this undeniably contemporary timepiece. 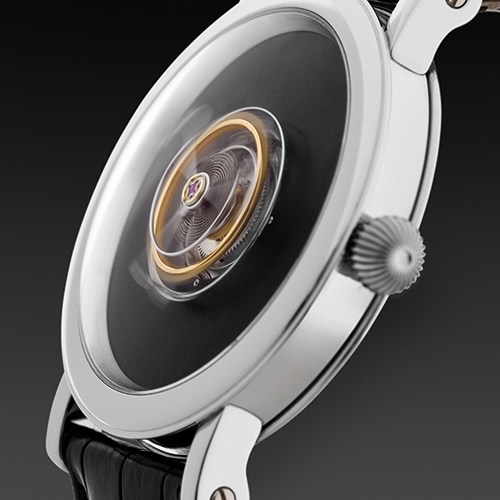 HALDIMANN H3 – the only wristwatch to possess a central flying tourbillon and a minute repeater
Truly a work of art, this mechanical sculpture chimes the magical melody of watchmaking’s two most highly prized complications. Carrying on a family tradition of innovation since 1642, master watchmaker Beat Haldimann has created this watch to keep horological complications firmly at the centre of our attention. Seemingly weightless, the elegant flying tourbillon appears to float in the centre of the dial, completing one revolution per minute.