“It is all about the starting point, our heritage,” explained the Scottish fashion designer based in London whose brand is now part of Kering luxury group (Gucci, Bottega Veneta, Saint Laurent, Balenciaga, Alexander McQueen, McQ, Stella McCartney and Brioni).

The leather accessories mark the latest development for the fashion house since Kering acquired the label, the next being the opening of the brand’s first store on Mount Street later in 2014.

“For our first bag line I thought it should really reflect where the Christopher Kane collections began: with my Spring-Summer 2007 show. The ‘Safety Buckle’ is a motif from that collection and is something I like to return to, as are the oversized, plastic zips,” added the designer.

“I love detail, especially some sort of embellishment that can transform a garment instantly. It’s always good to move out of your comfort zone each season, to learn new things and to challenge your senses,” says Kane about its signature, which can be seen in this new collection.

“Neon color is another of our signatures from early on that reoccurs. Then there is the angular influence of the cutting from spring-summer 2012. Each of these elements has marked an important moment in time for me and for our collections,” Kane added. 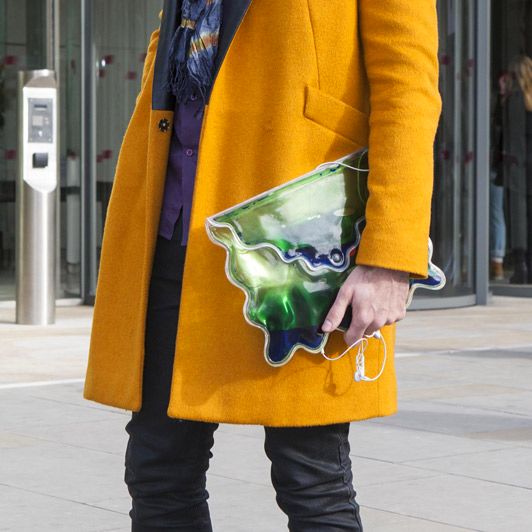