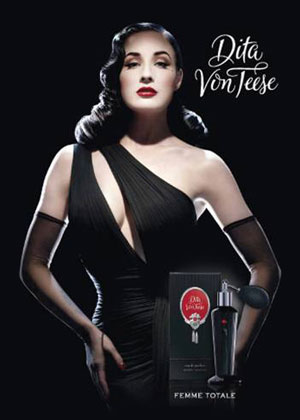 Dita Von Teese, the most famous name in Burlesque and synonymous with seduction, launched her new scent that can have only one name: “Dita Von Teese.” Her new perfume is just like she is as a woman: glamorous and mysterious, self-confident and seductive.

Dita Von Teese created a scent for the type of woman that she embodies like no other: the Femme Totale. She is a vamp and an innocent beauty, provocative and unattainable at the same time. She knows what she wants, and how she will get it – with style, class, and elegance. 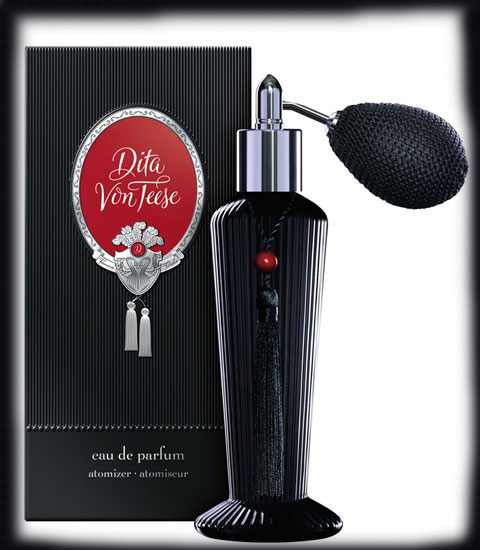 “Dita Von Teese” – The Scent
“I wanted it to be a perfume that smelled exactly how I imagined it. I doubt the perfumers in Paris imagined that I would be in their shop almost every day for an entire year,” says Dita Von Teese, describing the work she put into her first perfume. Very few international stars are as closely and passionately involved in the process of creating their own perfume as she was. “There were enough moments when I could have easily said ‘this is how the perfume should smell.’

But I wanted it to be perfect, and threw out many previous compositions and refined them. I gave samples to friends, and tested how others reacted to me and to my perfume. This process continued until I found the exact composition that was perfect both for me and for others,” she says, describing her perfume’s elaborate development process. The result is “Dita Von Teese” – an extremely sensual perfume, perfectly feminine, exciting, and mysterious.

Dita Von Teese created a timeless scent which opens with a head note composed of fresh peonies, fizzy bergamot, and slightly spicy Bourbon pepper. The heart of the perfume beguiles the senses with a full and at the same time pure bouquet of Bulgarian rose, Tahitian Tiaré petals, and fresh jasmine. And in the base note, the mystical and warm scents of patchouli, musk, and smoky Gaiac wood and sandalwood captivate all who smell it. “A scent needs to reflect all the different facets of my personality. It had to be elegant, glamorous, sophisticated, sexy, dark, and mysterious,” says Dita Von Teese, characterizing her odeur.