A mere five car collectors will have the pleasure of parking this very special Customer Sports car in their garage. 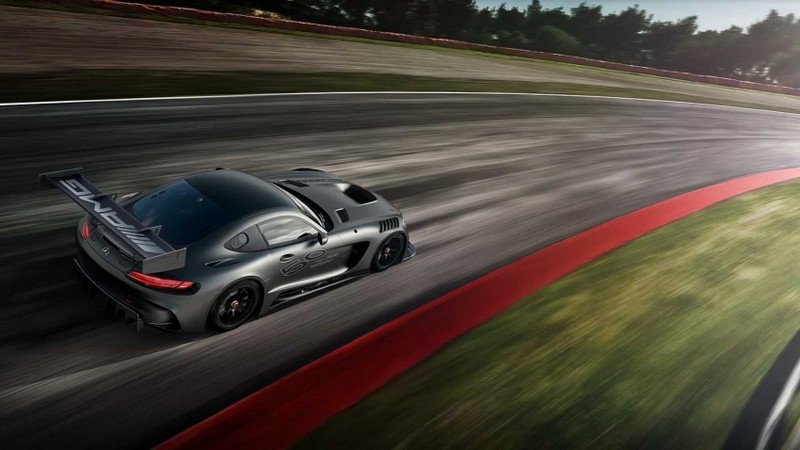 “The climax of the celebrations will be the unveiling of a new hypercar at September’s 2017 Frankfurt Auto Show,” unveils motorauthority. On the way, the the Affalterbach-based division announced the release of the exclusive AMG GT3 car, the Edition 50 based on Mercedes-AMG GT3 car – one of the most successful customer racing cars in the world.

The Mercedes-AMG GT3 Edition 50 is delivered directly in Affalterbach, where customers can experience exclusive insights into the world of AMG Driving Performance. In the 360-square-metre delivery hall there is an extensive introduction to the new vehicle’s technical features and operation. On request, AMG GT3 Edition 50 customers can receive personal racetrack coaching as part of a commissioning event with the vehicle.

“With the new AMG GT3 Edition 50, Mercedes-AMG is presenting an exclusively equipped small series which is aimed at racing-enthusiast car collectors. With its unique colour concept, the extensive optional extras and the strict limitation to merely five vehicles, the customer sports special model commands an outstanding position for lovers of Mercedes-AMG vehicles,” says Daimler. 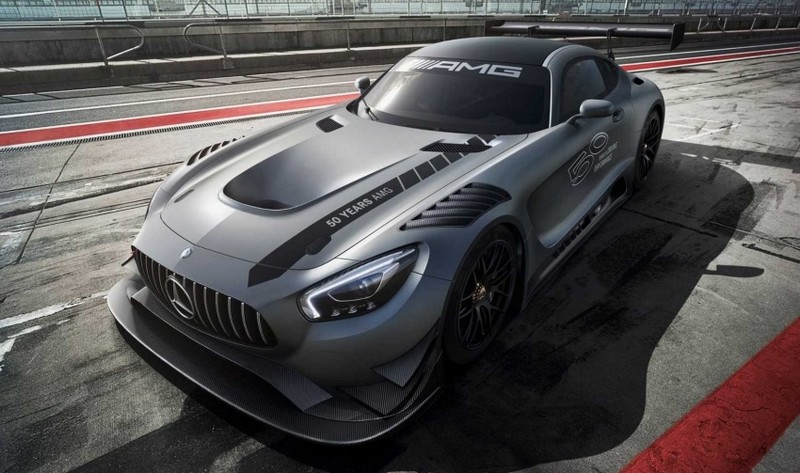 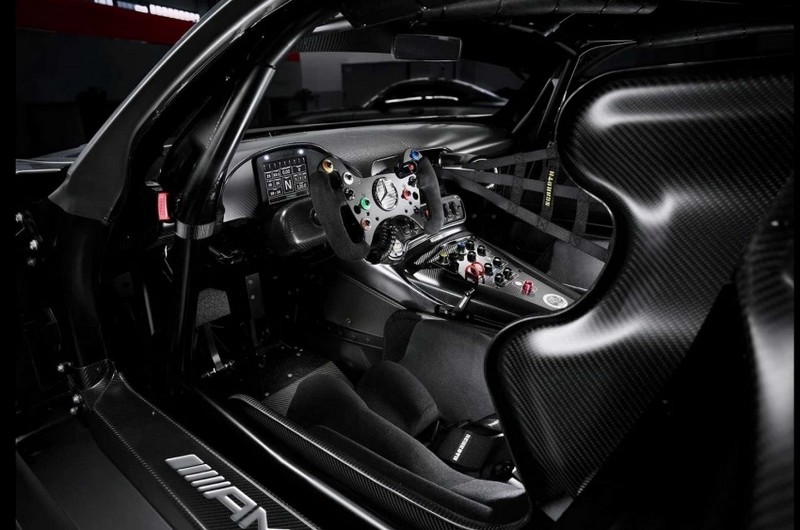 The striking special paint finish, worn by an AMG car for the first time, already signals the special status enjoyed by the Edition 50 in AMG model history. The likewise new “real black” colour forms an authentic motorsport contrast. Among other places, this matt black is found on the “50 YEARS AMG” emblem on the bonnet.

A further eye-catching feature is the distinctive silver-framed logo “50 years of Driving Performance” in finely-grained carbon-fibre on the doors of the GT3 racing car:

The super-light and strong motorsport material carbon fibre is also used for the front diffuser, the rear diffuser, the  rear aerofoil including end plates, the flics at the front, the air intakes, the radiator grille and the side skirts, each painted in a matt finish. The disc band and rear aerofoil bear the AMG logo.

Furthermore, the open Performance exhaust system provides an acoustic USP and the elimination of the restrictor ensures
optimised performance. 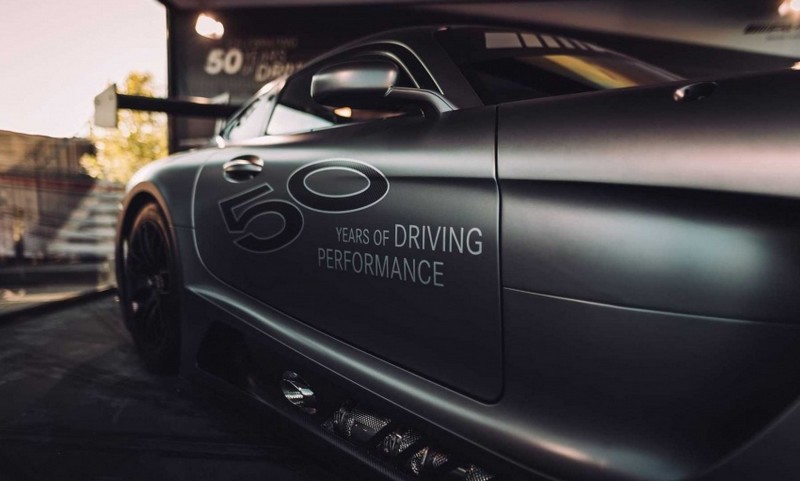 The roll cage as well as the visible floor assembly are painted in the special colour “real black”. Dashboard, sills, door panels, vent pipe and centre console are styled in matt black carbon fibre. Effective contrasts are formed by silver-coloured six-point seat belts and the racing steering wheel spider in silver. The collector’s item also has a seat shell in a high-strength carbon-fibre safety cell on the front-passenger side. The seat belts also bear the distinctive “50 YEARS OF DRIVING PERFORMANCE“ logo with silver surround. Further fine details include the AMG logos in the doors and sill, plus the “Edition 50 -1 of 5” badge

Additional extras include a car cover sporting the “50 years of Driving Performance” emblem and a very exclusive birthday highlight from AMG partner IWC Schaffhausen: Each of the five vehicles is delivered to its customer with an Ingenieur Chronograph Sport Edition “50th Anniversary of Mercedes‑AMG” watch from IWC Schaffhausen, customised in the style of the vehicle.

AMG’s strong first quarter of 2017 suggests that the barrier of 100,000 AMG units will fall in the anniversary year. 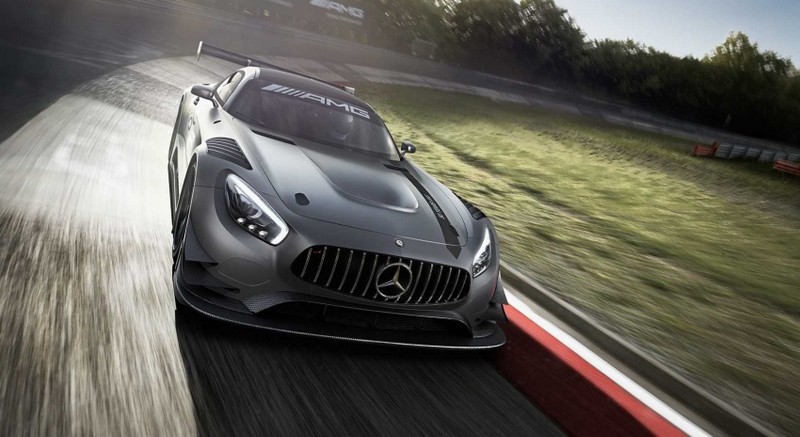 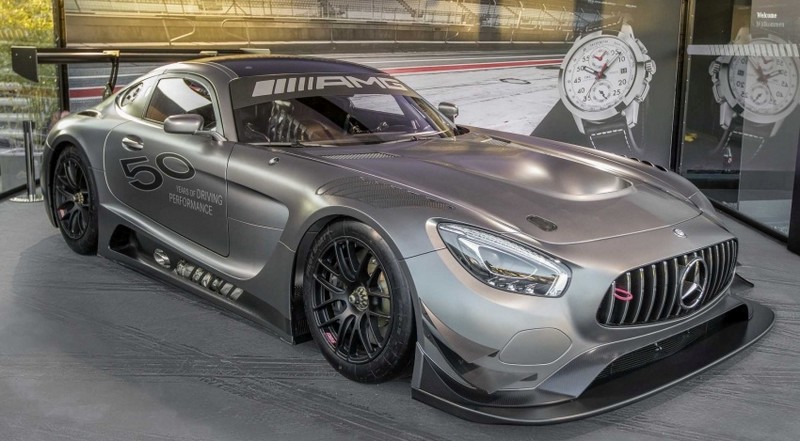 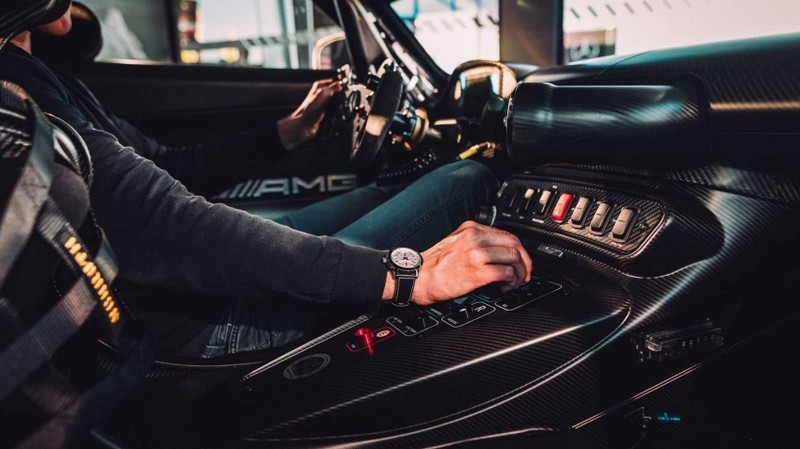 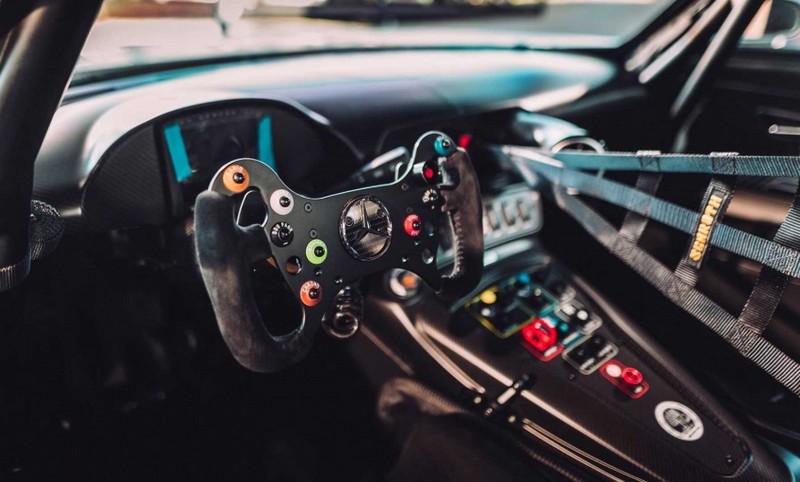 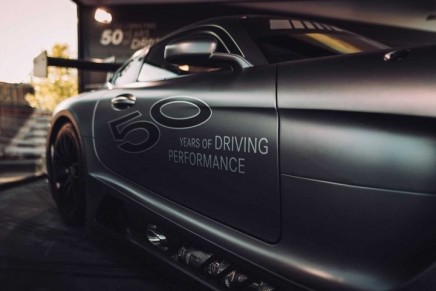 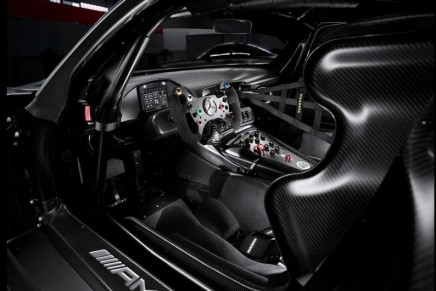 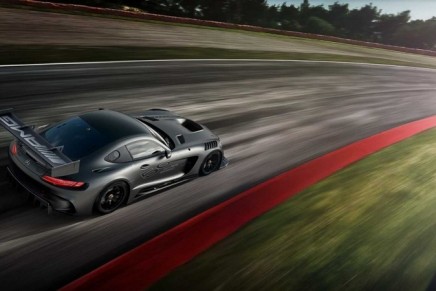 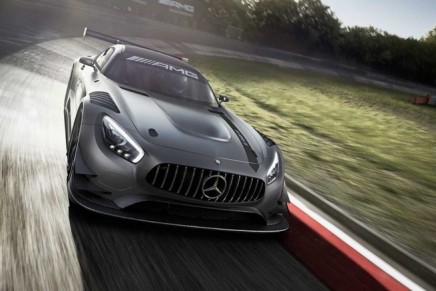 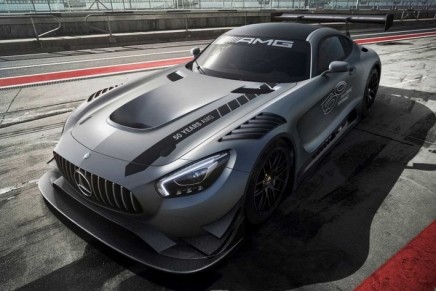 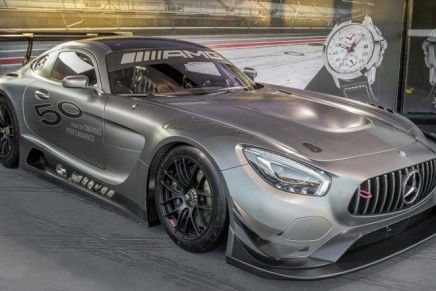 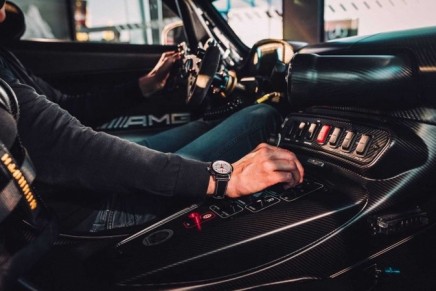 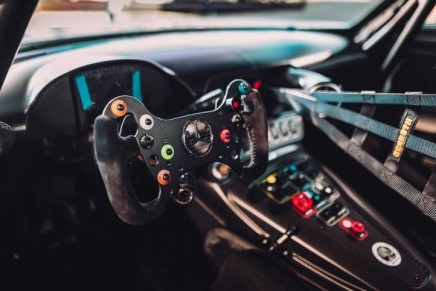