“This Alfa Romeo 8C 2.9 has all that one would wish for in a car—speed, style and, frankly, sex appeal,” said Pebble Beach Concours d’Elegance Chairman Sandra Button. “The Touring styling is simply magical, and to top it off it makes all the right noises!” 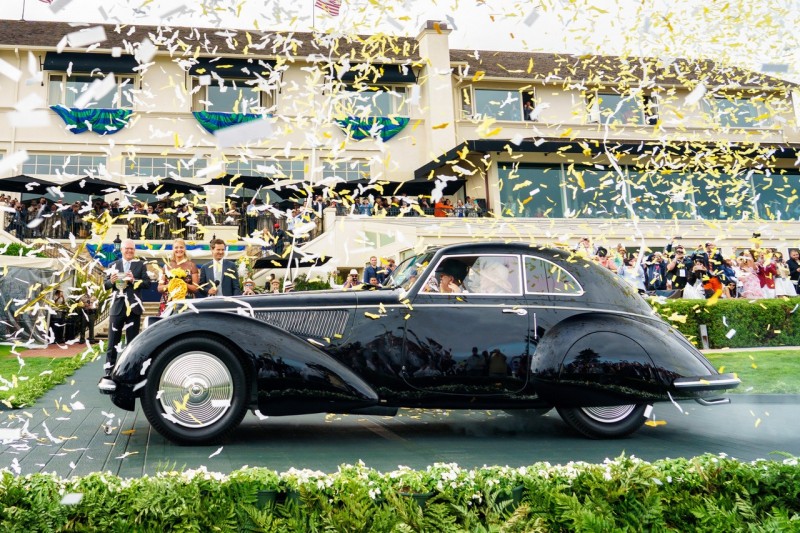 “As a Zagato collector, I broke the rules and bought a Touring-bodied car because this Alfa Romeo is very special,” said longtime entrant David Sydorick of Beverly Hills, California. “It is a piece of automotive architecture mounted on a Grand Prix chassis that has technology that was top of the line for prewar cars. It’s a wonderful combination. It’s beautiful from top to bottom.”

His Alfa Romeo won its class before competing for Best of Show, and took home two other awards: it received the Charles A. Chayne Trophy and was named the J. B. & Dorothy Nethercutt Most Elegant Closed Car.

This year, the Concours also raised $1.8 million for charity. Through the Pebble Beach Company Foundation, the primary charitable partner of the Concours, these funds will benefit over 80 local charities, impacting the lives of more than 10,000 children annually in Monterey County.

“The 69th Pebble Beach Concours d’Elegance returns to its usual third Sunday of August next year; it takes place on Sunday, August 18, 2019, and will celebrate the centennials of Bentley and Zagato,” announced the Concours’ team. 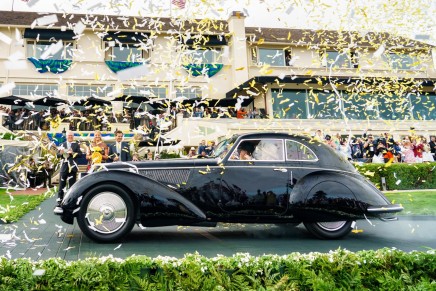