Gooding & Company to Offer the Most Exceptional Selection of Porsche Spyders at the Company’s 15th Annual Pebble Beach Auctions. The first appearance of an RS Spyder at public auction highlights this impressive offering of Porsche Spyders. 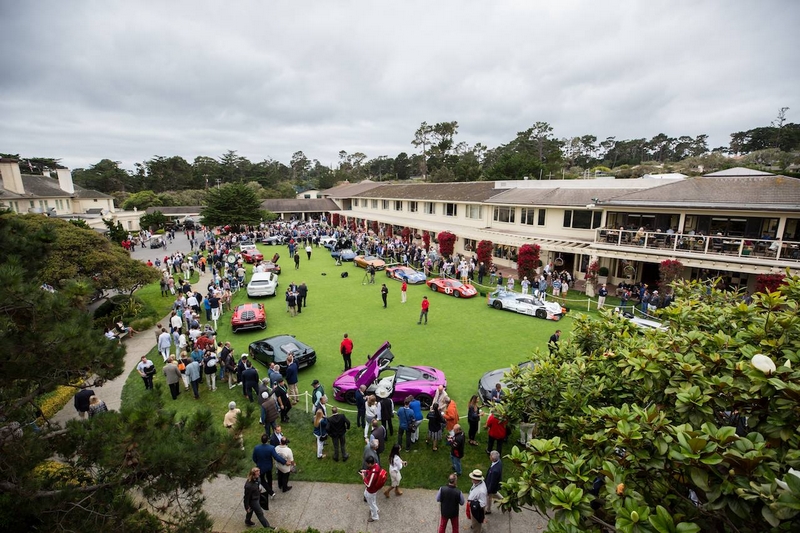 These historic cars tick all the right boxes for the collector seeking a significant competition Porsche. Boasting impressive provenance and offered for the first time in almost 25 years, the sale of this most exclusive Porsche may well be a once-in-a-lifetime opportunity and is certainly one not to be missed.
Gooding & Company, the official auction house of the Pebble Beach Concours d’Elegance, presents one of the most exciting lineup of Porsche Spyders to ever come to auction. This unrivaled presentation has something for each collecting taste from 1950s competition Porsches, to a one-off Bertone-bodied 911 Spyder, to the first
Porsche RS Spyder ever available at public auction. The auction house welcomes you to witness this unique opportunity on August 24 and 25, 2018 at the 15th annual Pebble Beach Auctions presented by Gooding & Company.

“It is truly exciting to have these significant Porsche Spyders, that are not only rare competition or one-off coachbuilt examples, but also represent the lineage of the Porsche Spyder,” notes David Gooding, President and Founder of Gooding & Company. 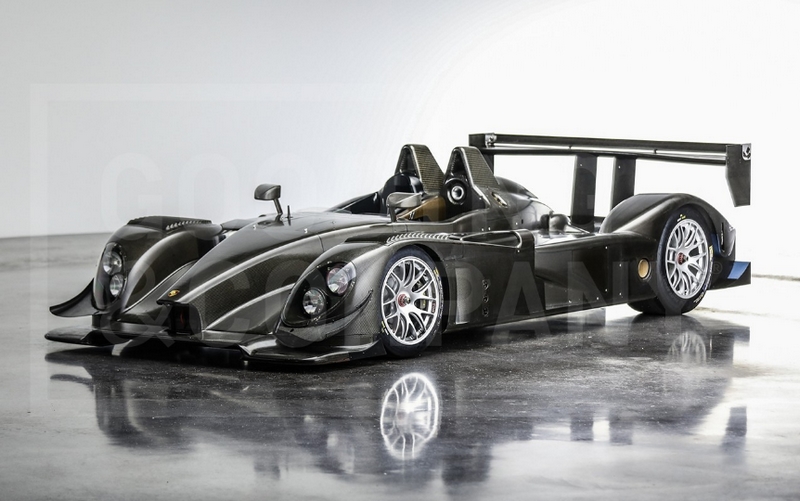 The RS Spyder is one of most successful prototype racing cars in Porsche history with consecutive IMSA LMP Championships, an overall win at Sebring, and class wins at Le Mans. The car presented here, chassis 9R6.706, is the last of six RS Spyders built for the 2007 racing season. This RS Spyder was originally sold to CET Solaroli Motorsports of Jacksonville, Florida and has been meticulously maintained with limited track time at historic events, such as the 2015 Rennsport Reunion and the 2016 Monterey Motorsports Reunion. Offered from an important private collection and presented in bare carbon bodywork, this car is a ticket to a variety of important events, including the upcoming Rennsport Reunion.

” Very rarely do these cars trade hands and never before has one been offered at public auction. The presentation of 9R6.706 represents a singular opportunity to acquire what is arguably the most original and well-preserved example of a historically significant, state-of-the-art Porsche prototype racing car,” commented
Gooding & Company auction house. 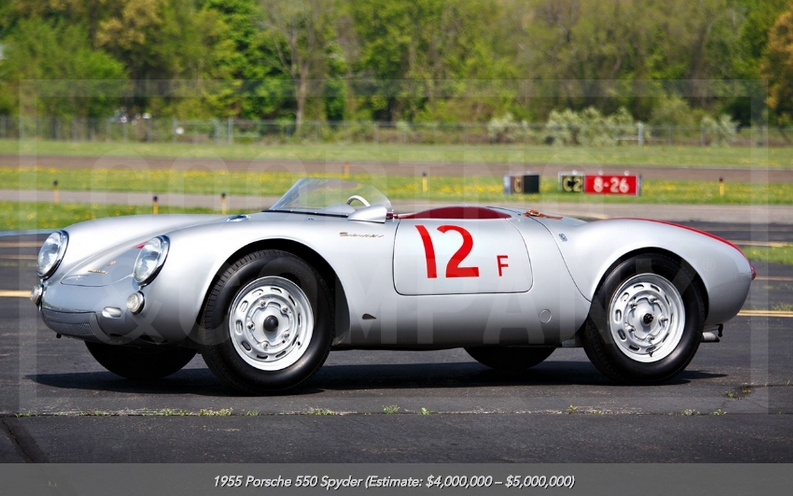 The Porsche 550 Spyder presented here, chassis 550-0053, was originally owned by accomplishedCalifornia-based privateer racer Eldon Beagle. This was his first Porsche Spyder – he would later go on to ownand race another 550 Spyder, as well as a 550A and an RS61 Spyder. Mr. Beagle raced the car in nearly 20races between 1955 and 1956, including the 1956 Pebble Beach road races. The current owner purchased thecar nearly 20 years ago and it has remained largely hidden from public view. 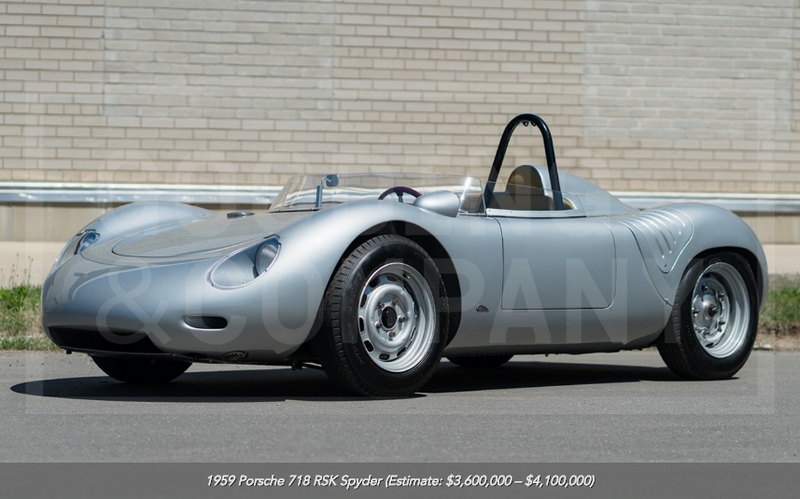 Porsche built just 34 718 RSK Spyders. The car on offer, chassis 718-024, presents as a stunning example of afour-cam Spyder and is held in high regard among knowledgeable marque specialists. Driven by acclaimedAmerican racing driver Ed Hugus at the 1959 24 Hours of Le Mans, this RSK went on to compile an enviable
competition record, racing in SCCA events and even at the Pikes Peak Hill Climb during the early 1960s. “Itsimpressive vintage racing pedigree, long-term ownership, and eligibility for leading historic events around theworld make this a particularly attractive Porsche competition car,” commented goodingco.com. 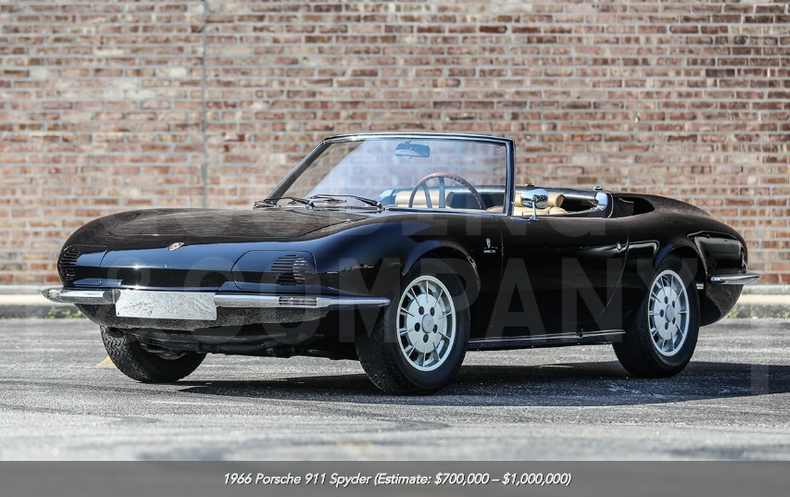 Customers and dealers were clamoring for an open-air version of the 911 in mid-1960s and California-baseddealer John von Neumann enlisted famed Italian designer Nuccio Bertone to deliver a prototype. The carBertone produced was displayed at the 1966 Geneva Auto Show to a warm reception, but Porsche decided toproduce the 911 Targa instead. This 911 Spyder is the only collaboration between Bertone and Porsche, andthe sole example ever built. 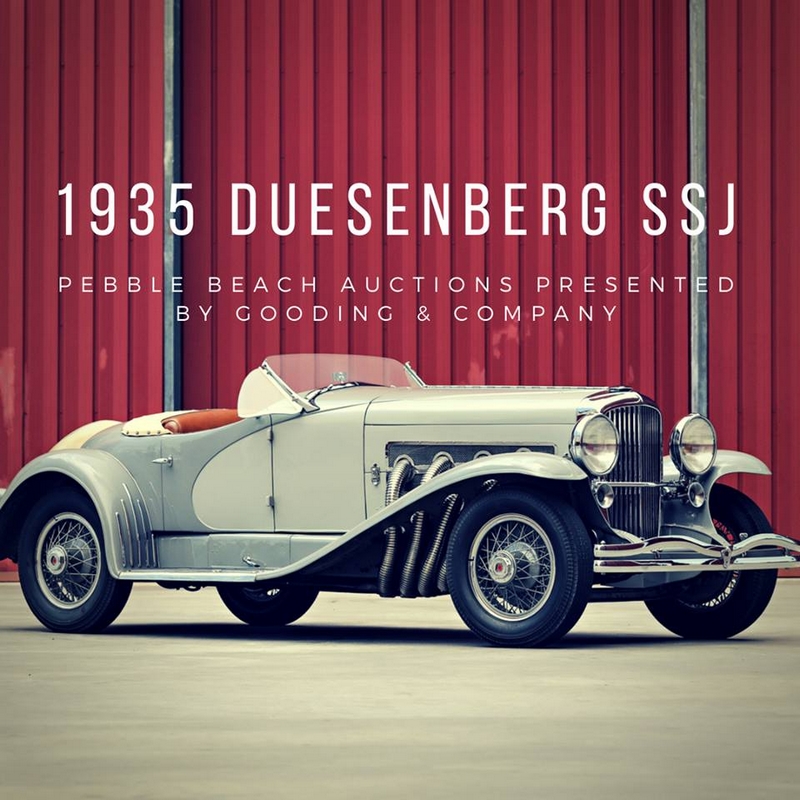 “The Pebble Beach Auctions presented by Gooding & Company also announced the “Star Cars” event. One of the featured lots includes a stunning 1935 Duesenberg SSJ originally delivered to Hollywood legend Gary Cooper and previously owned by Briggs Cunningham and Miles Collier. Watch the car in motion and learn more
about what makes this Duesenberg so special: 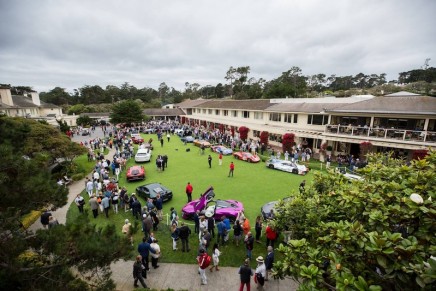 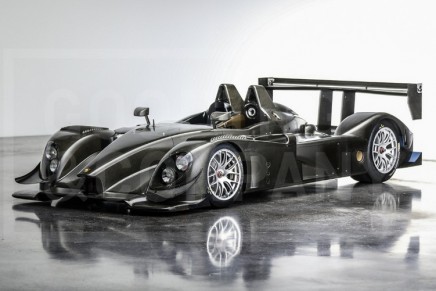 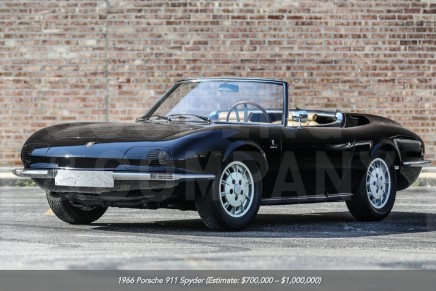 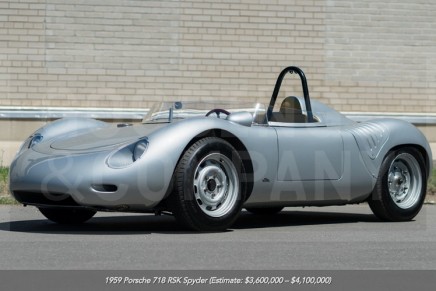 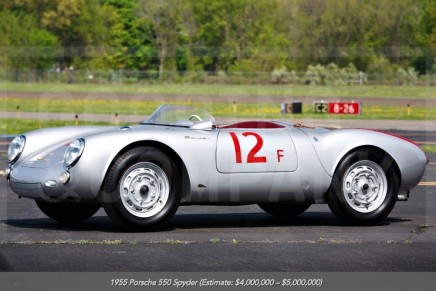 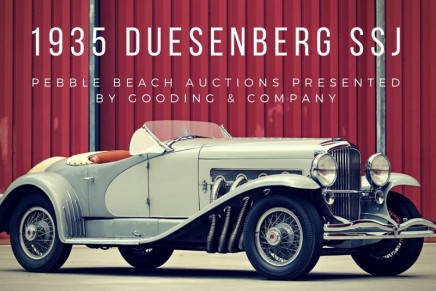