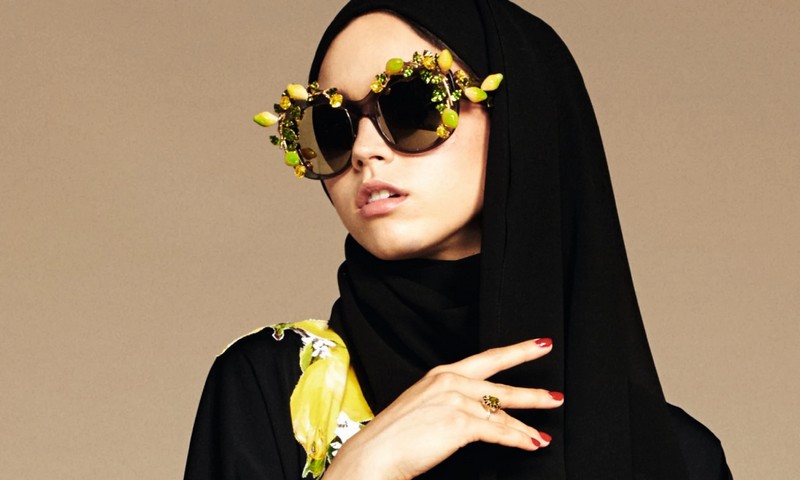 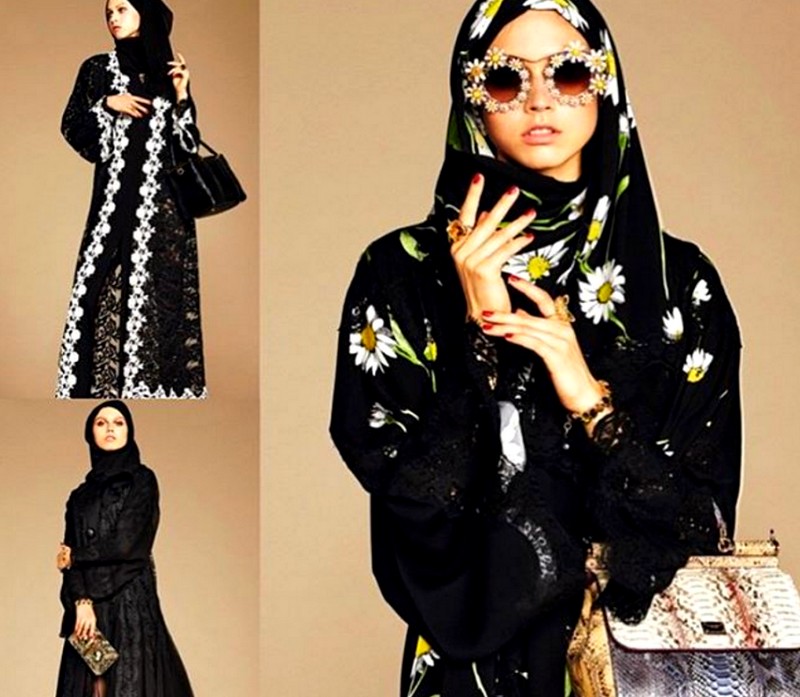 Dolce & Gabbana is to launch a collection of hijabs and abayas targeting wealthy Muslim women in the Middle East.

The debut line by the Italian luxury fashion house features headscarves and the loose, full-length outer garment favoured by some Muslim women.

The hijabs come in sheer georgette and satin weave charmeuse fabrics, with D&G signature lace detailing on the hems. The Arabian edition of Style.com, the fashion website where the pieces were revealed, reported: “They also appear to feature a lightweight and dramatic drape.”

There is also a nod to the D&G spring collection with hijabs printed with daisies, lemons and red roses.

Stefano Gabbana, co-founder of the luxury brand, announced the launch of the collection on his Instagram account using the hashtag #dgabaya.

No information has been released on how much the pieces will cost or in which regions the garments will be available.

The line received a warm reaction from some. Dina Gharbo tweeted: “Beautiful! I think I just found this year’s Eid outfit.” Another woman, Nicole Restrepo, posted on Facebook: “Stunning clothing! I would love to buy them for a economical price … I’m not a Muslim but I love the style.”

Others, however, were more sceptical and described the move as a marketing ploy.

Related: As a Muslim woman, I see the veil as a rejection of progressive values | Yasmin Alibhai-Brown

Muslim style bloggers have been collaborating with brands. Dina Tokio, a British fashion blogger, launchedd a scarf collection with Liberty. There has also been an increase in halal beauty products such as water-permeable and wash-off nail polishes.

Globally, Muslims spent $266bn (about £180bn) on clothing and footwear in 2013 – more than the total fashion spending of Japan and Italy combined, according to a recent report by Thomson Reuters. The report said spending was expected to reach $484bn by 2019.

A recent report from Bain management consultancy found that sales of personal luxury goods in the Middle East hit $8.7bn in 2015, up from $6.8bn the year before.

D&G operates 13 stores and boutiques in the United Arab Emirates and has multiple outposts across Bahrain, Kuwait, Qatar and Saudi Arabia.

D&G is one of the first major luxury labels to create a collection with nods to Middle Eastern culture and addressing the specific need for traditional pieces such as the abaya and the sheyla headscarf.

The Japanese clothing company Uniqlo has launched a collection by the Muslim fashion blogger Hana Tajima that includes loose blouses, skirts and dresses along with the more traditional kebaya and hijab.