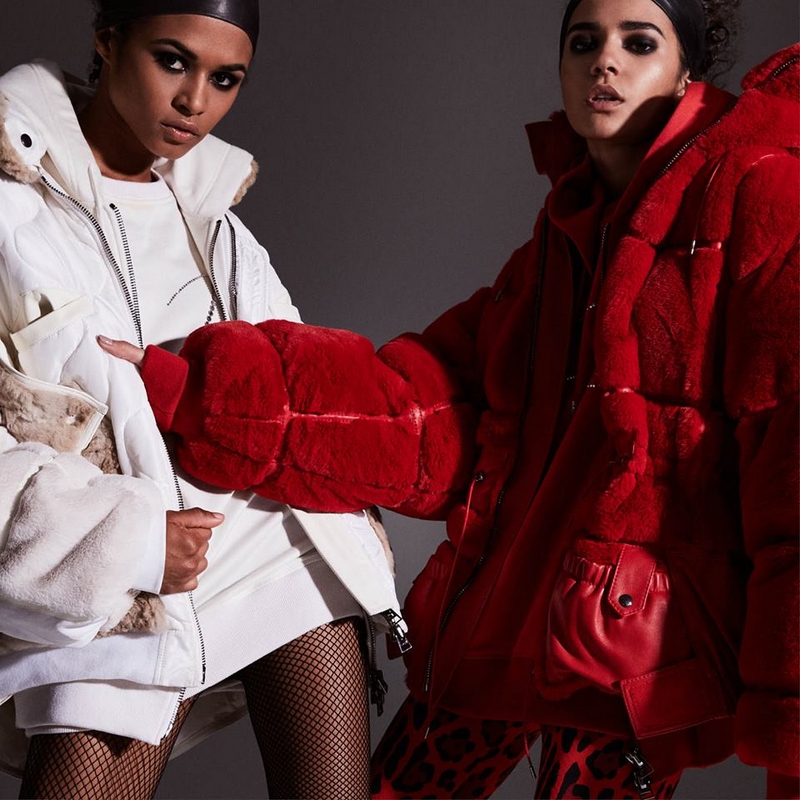 This article titled “Five key fashion trends for autumn” was written by Morwenna Ferrier, for The Observer on Saturday 25th August 2018 16.30 UTC

Cold-weather fashion tends to have a somewhat Pavlovian relationship with animal print and this autumn is no different. Most of the biggest, classiest catwalks – from Victoria Beckham to Tom Ford – featured something in ocelot, snake, zebra, leopard or tiger print, while Zara unveiled a whopping 64-piece animal print collection for autumn. That this all comes in the wake of an extensive industry ban on real fur (see Gucci, Versace and Givenchy) suggests some sort of replacement therapy might be at play.

More of a micro-trend, pleats are one of autumn’s most pervasive details, particularly on mid-calf skirts – last autumn’s style – whose grip on womenswear grows tighter each season. Vogue has endorsed the knife pleat (these fold one way), while Grazia recently coined the elite pleat (smaller, posher). The devil is really in the styling: wear over trousers like Valentino or, more realistically, with a tight bright knit a la Topshop.

It’s tricky to call it on shoes this season, with slingbacks, cone heels and flats all making compelling cases. But if last year was all about the lethal-on-a-wet-pavement sock boot (exactly as it sounds), this autumn could be the season of the white boot. For every posh one (Balenciaga and Maison Margiela) there’s a cheaper version (Topshop, Zara), which means it must be true.

One of fashion’s more robust trends for obvious reasons – tweed is warm, versatile and we all enjoyed The Crown – this is less about a return, and more about a reboot. Oversize at Miu Miu, boxy at Calvin Klein, Withnail-esque at Lemaire and fitted at Altuzarra, it’s almost impossible to distil the coat of the season, but a tweed one is a pretty safe bet.

Since the colour (and concept) of millennial pink broke the internet in 2016, all eyes have been on a lucrative successor. Initially, this looked like Gen Z yellow – as worn by Amal Clooney to the royal wedding – but that hardly screamed winter. New York Magazine has since mooted “melodramatic purple”, the New York Times “safety orange” (see Marc Jacobs and Calvin Klein), while trend forecasters continue to back green. The truth is… anything, provided it’s not black.