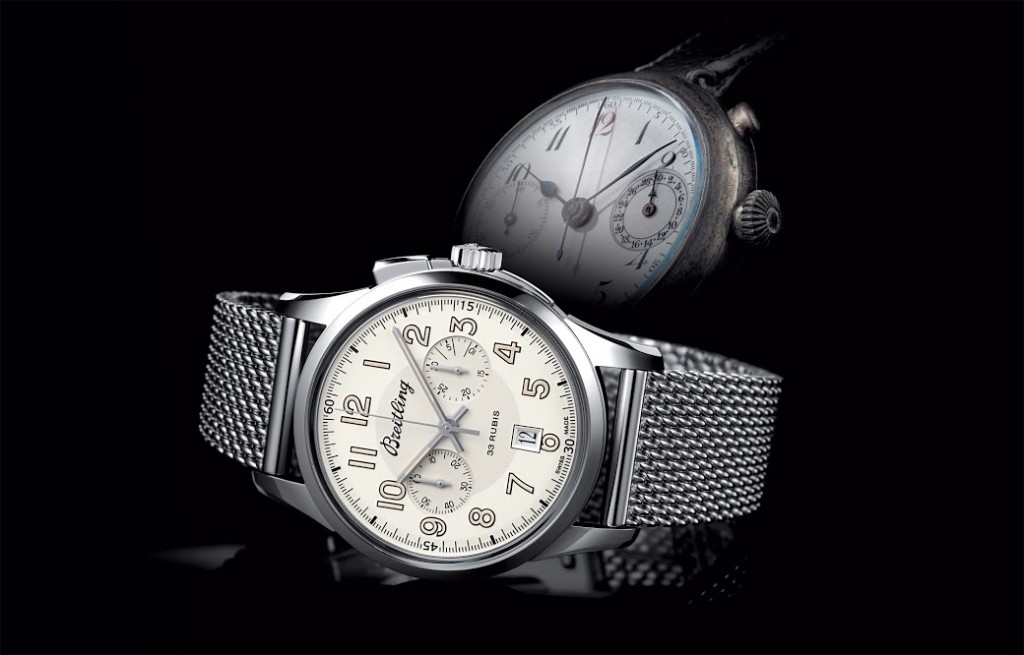 Known for precision-made chronometers useful to aviators, the Swiss high-end watch manufacture Breitling (founded in Saint-Imier, Bernese Jura by Léon Breitling in 1884) is celebrating a century from the creation of the first independent chronograph pushpiece with a limited series of its Transocean model. The new Transocean Chronograph 1915 features an exclusive new Manufacture Breitling caliber and a special design reinterpreting the famous 1915 pushpiece. This model is issued in a limited series of 1,915.

Far from contenting itself with a mere re-edition of the original model, the luxury watch manufacturer has chosen to reinterpret it from both technical and aesthetic angles. The steel case, designed in the pure style of the Transocean collection, features the famous pushpiece at 2 o’clock, but expressed in a redesigned, elongated and smoothly integrated form that further enhances its functionality. 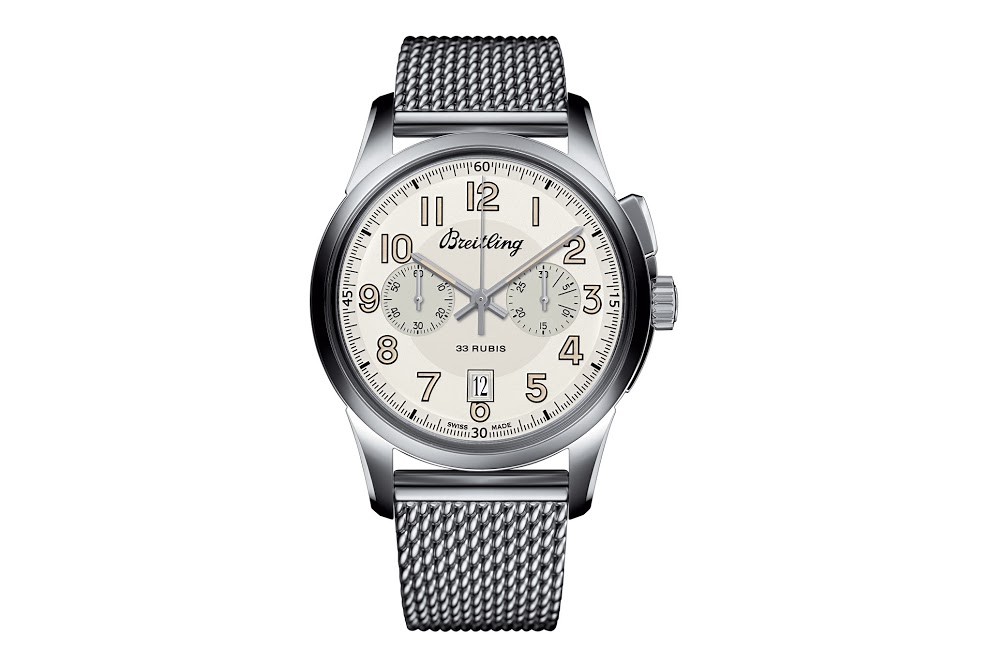 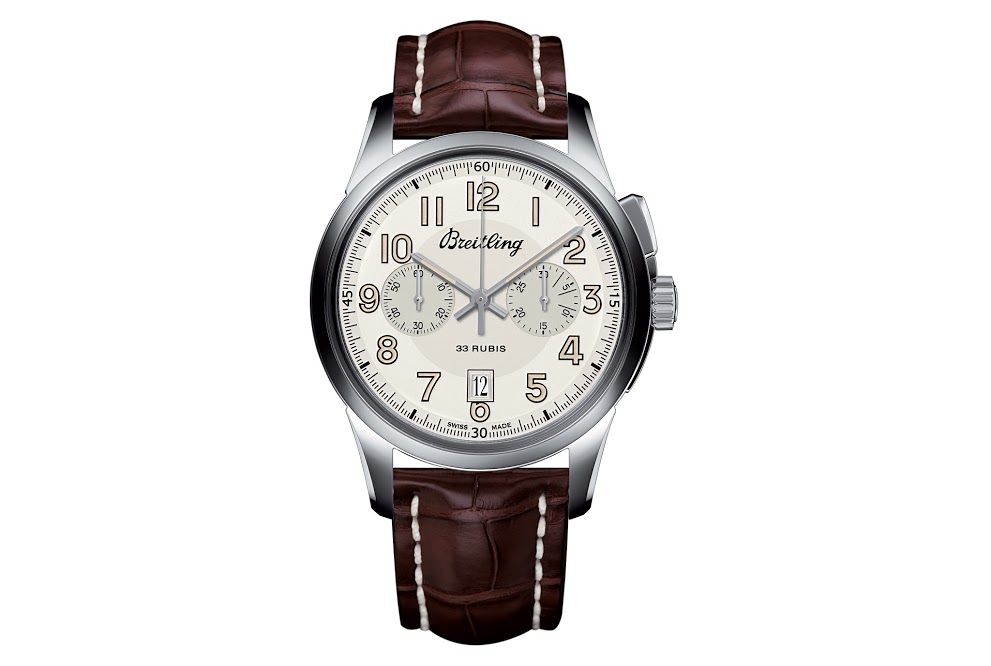 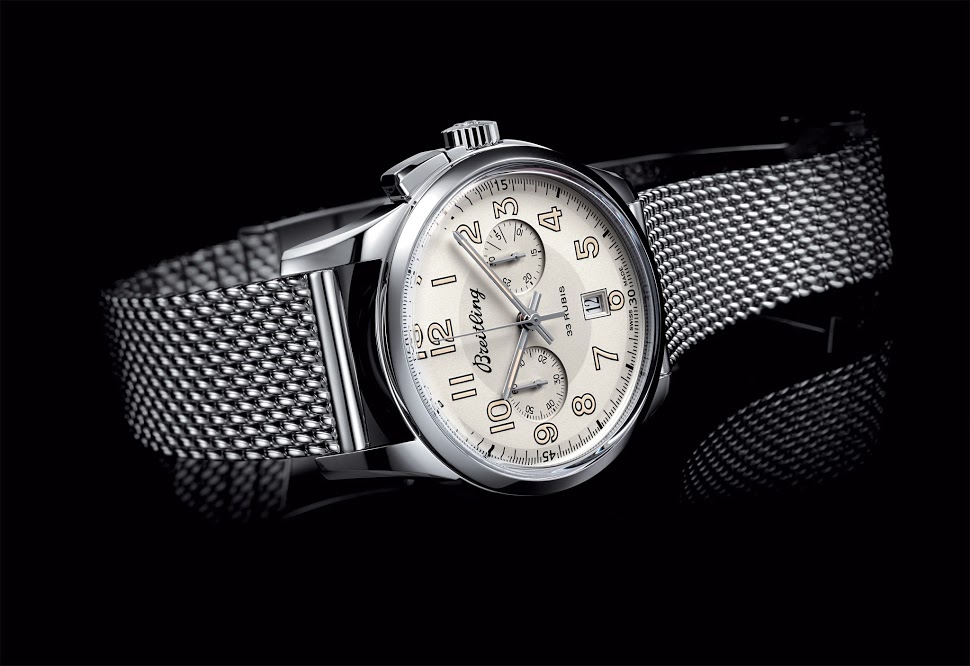 To ensure that this single pushpiece can successively handle the start, stop and zero-reset functions, the Breitling watchmakers and engineers have developed the new hand-wound Manufacture Breitling Caliber B14, officially chronometer-certified, equipped with a clever two-tiered double column-wheel system activated by chronograph controls also arranged on two levels.

The twin-zone silvered dial with small seconds and 30-minute counter is adorned with large Arabic numerals and baton-type hands accentuated by a luminescent coating in an appealing patinated shade. A vintage touch reinforced by the historical Breitling signature and the steel mesh bracelet. A sapphire caseback enables one to admire the unusual construction of the monopusher chronograph movement, along with the “100e anniversaire 1915-2015” (100th anniversary 1915 -2015) engraving. 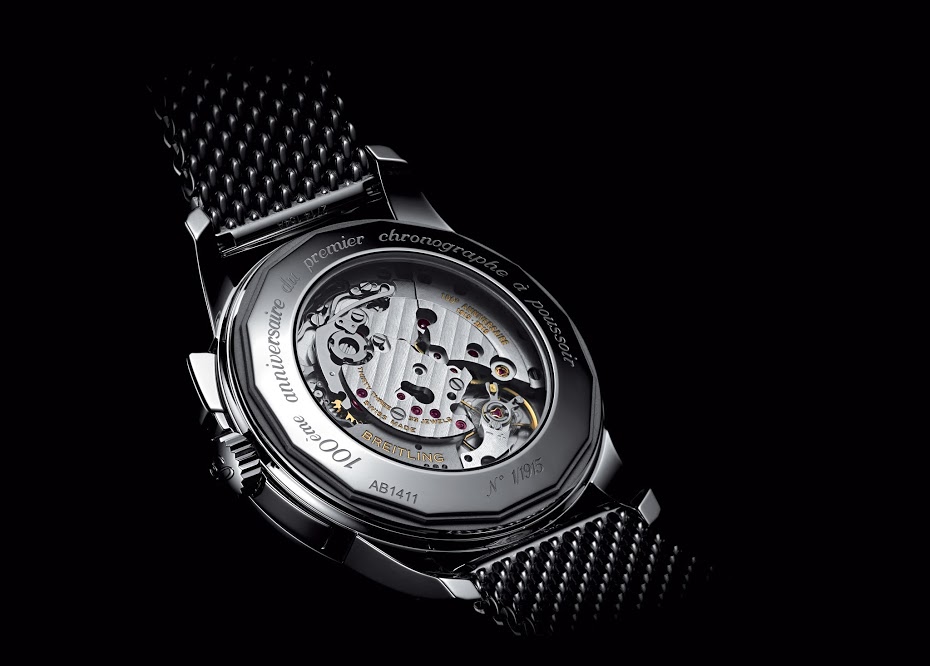