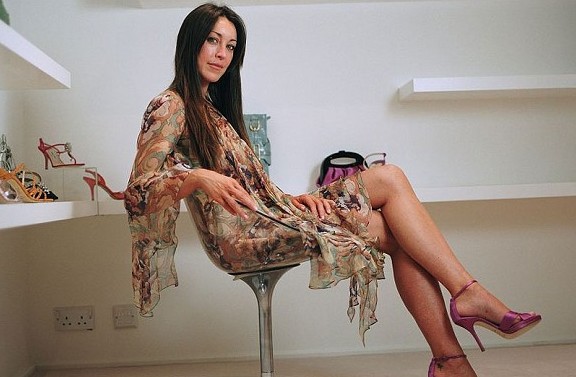 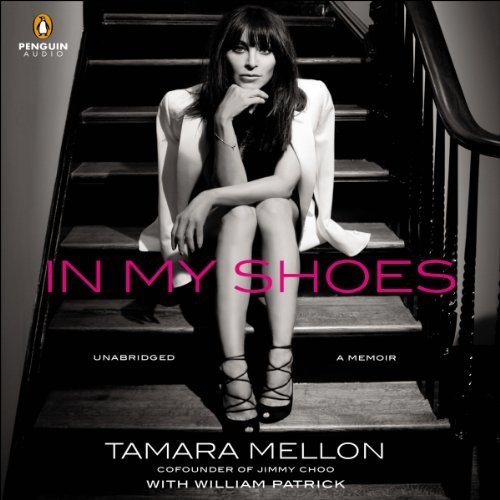 This article titled “Tamara Mellon: ‘Am I a feminist? Absolutely'” was written by Harriet Minter, for theguardian.com on Monday 25th November 2013 11.17 UTC

As the founder and former creative director of Jimmy Choo, one of the biggest luxury brands in the world, Tamara Mellon knows a thing or two about branding. So I should have expected her to have thoughts on the branding of feminism. I just didn’t realise they’d be this strong.

“Am I a feminist? Absolutely. The problem is the media men of the 60s set the definition of feminist as someone who hates men and wants to cut their dicks off. And that’s just not true.”

A flick through her new book, In My Shoes: A Memoir, might suggest otherwise. It’s a take-no-prisoners run through her life, from the fraught relationship with her mother, the business split with Jimmy Choo himself, the personal split with her husband and the eventual decision to split herself from the brand she’d created and nutured for nearly 15 years. It’s eye-openingly frank, but that’s her new attitude to life.

“I found it difficult to find my voice or speak up in certain situations and I think that many, many women have this. Even women who are really successful suffer from imposter syndrome – we don’t have the internal self-belief that men have… but now I’ve got to a position where I can speak up and I think that any woman who has got to that position should speak up and pull other women up behind us.”

For Mellon, the problems started when she lost control of the decisions at Jimmy Choo. “It was a company that was being driven purely for profit,” she says. “People come in and they have different agendas on your business. The most successful entrepreneurs have emotional intelligence: it’s your company, your product, your customer, no one emotionally connects with it in the way that the founder does so that’s why control is so important.”

She particularly feels that being a woman meant she wasn’t listened to or respected, and that her opinions on the future of the company were dismissed. “It’s a general attitude, a lack of respect for women. You get discounted and diminished and there’s a ‘we know best’ attitude… and we’re afraid to speak up in case we’re labelled ‘difficult to work with’, a ‘diva’ or my favourite one, ‘not a team player’.”

The relationship with her former business partners definitely suggests that they didn’t see each other as on the same team. Mellon describes their behaviour towards her as “aggressive” but her reasons for leaving seem to echo those of women at all levels of business. She cites a lack of flexibility and a feeling that she was missing out on time with her daughter as a big problem, but bizarrely there was also the issue of pay.

“When I spoke to my peers in the industry, they were earning five or six times more than I was. Everyone will say, ‘Well, you made lots of money,’ but there’s one thing in having shares (which I bought and paid for) and another in having your salary penalised because of that.” When she took her frustrations to the board she found herself dismissed out of hand.

“They just didn’t accept it as an issue… when you don’t get paid for the work you’re doing it’s very devaluing. I felt undervalued and not respected. I felt as though sometimes they wanted to roll me out as show pony at events, then they wanted to use me as a work horse in the office. I never felt valued in either role.

“I’d try and avoid conflict [but then] I would walk away and build a huge resentment inside and I’d be thinking, ‘I’m going to get that bastard.’ Now I know that doesn’t work, it’s important to speak out in the moment… When you walk away it’s very difficult to bring it up later because the truth can be spun, it can be distorted.”

So she’s speaking out. There’s the book and the launch of her new brand, Tamara Mellon, which she absolutely won’t be giving up control on (“you can bring in partners but 51% is the golden rule”) and she wants to make sure she’s bringing more women up the ladder. For a start, she’s going to evaluate all the external companies she works with. If they want her business then they need to make sure they’ve got a senior woman involved in the business otherwise they can move on.

“I was 27 when I founded Jimmy Choo… I had no idea of the challenges I was going to face being a woman in business…. at first I thought, ‘Is it me? Is it a personal issue?’ and then I realised as I got older that this is an issue for all women not just me.”

And so we’re back to feminism and what it actually means. How would she brand it?

“The definition of a feminist is someone who wants equal. That’s all it is, it’s equal. And there’s nothing wrong with asking for equal.”