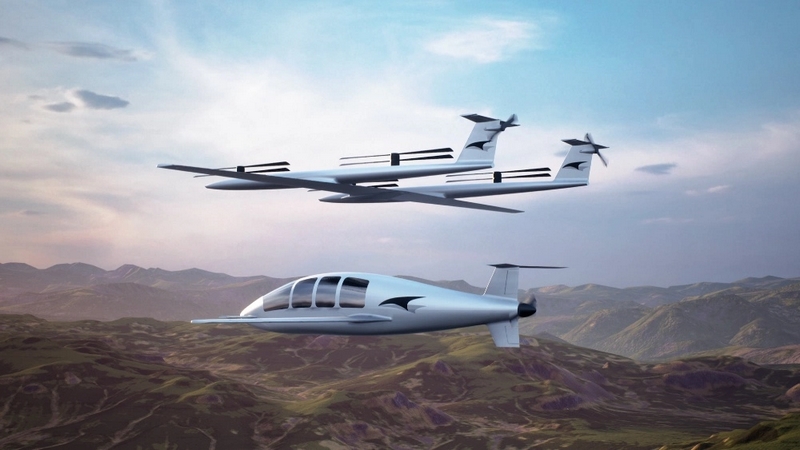 Talyn can take off and land anywhere in half the time. This new eVTOL is the fastest and greenest way to fly between cities. It skips the airports and flies straight to your destination.

100% battery electric flight with vertical take-off and landing. Talyn can take off and land anywhere, directly from your door to the door of your destination. Door to door in half the time.

Talyn is reshaping aerial transportation. The company is developing long-range electric vertical take-off and landing
(eVTOL) aircraft for passengers and cargo. While there are many other companies in this space that may be familiar,
they have a maximum achievable battery electric range of around 50 miles. Talyn eVTOL aircraft system can achieve at least 5X the range at over 300 miles, using the same battery tech, and can fly at meaningfully fast cruise speeds.

“We achieve this by making a very efficient electric fixed wing aircraft that can be released and caught mid-air with our custom winged drone, enabling the system to take-off and land vertically.” – Talyn Air.

With an aerodynamic and efficient airframe, the Talyn Cruise vehicle is able to fly farther and faster than competitors. Able to carry 5 passengers more than 300 miles at 200 mph, this is a true regional mobility solution.

After pairing up with another Lift vehicle, the Talyn makes a gentle vertical descent. Instead of landing at an airport in the suburbs with a long commute ahead, passengers make an arrival at a centrally located helipad.

The company is tackling the extremely hard challenge of making mid-air separation and docking of vehicles a reliable reality. Talyn was founded by two former SpaceX engineers with extensive experience in aircraft and rocket design, manufacture, and flight test. Jamie Gull (Co-Founder & CEO) was a design engineer at Scaled Composites, a
responsible engineer at SpaceX, and co-founder/principal engineer at Tendeg. Evan Mucasey (Co-Founder & CTO) was a responsible engineer at SpaceX and worked extensively on the design and certification of the Crew Dragon capsule. They have known each other for 7 years, are both pilots, and started Talyn in mid-2019 with the goal of enabling a more environmentally responsible and inspiring future of aviation. 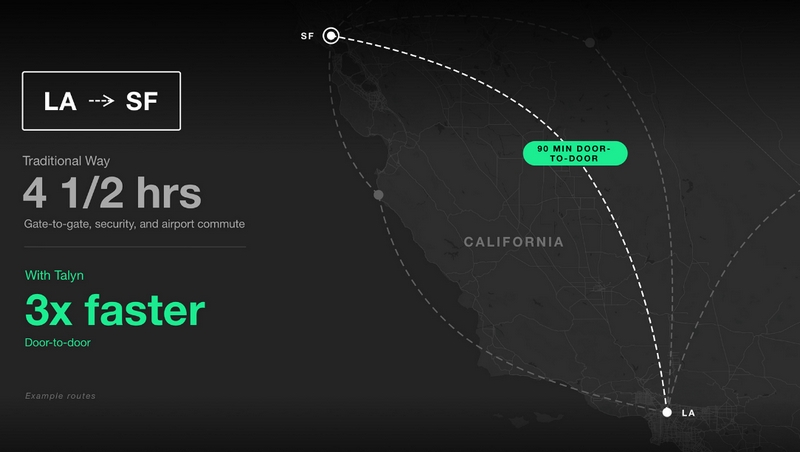 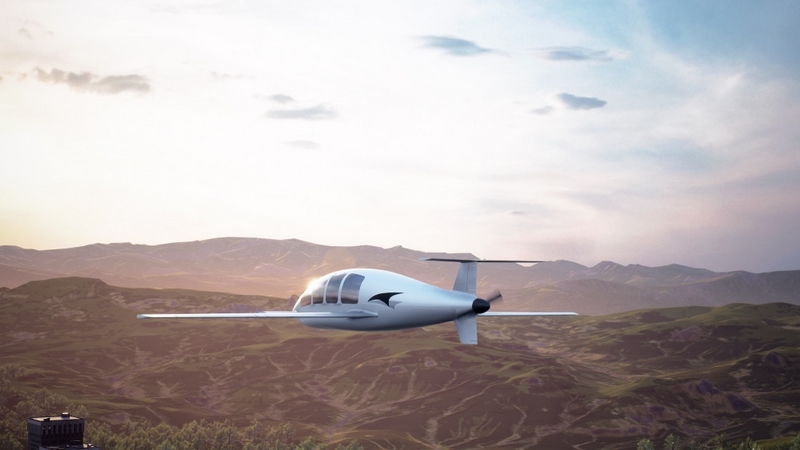 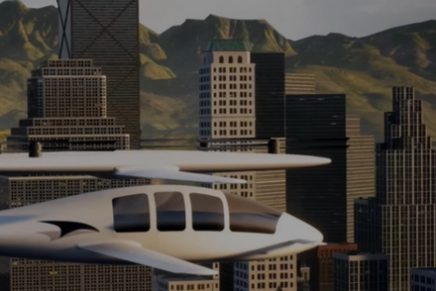 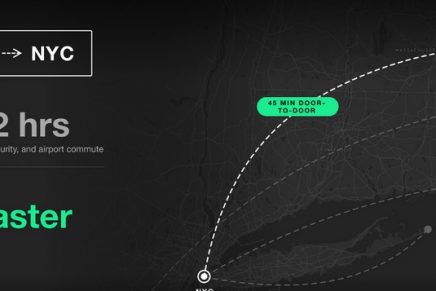 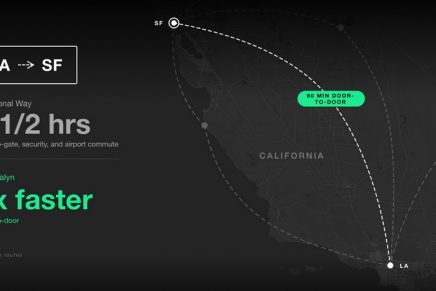 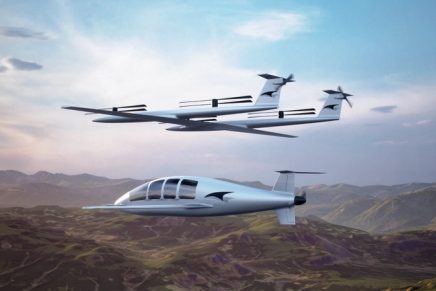 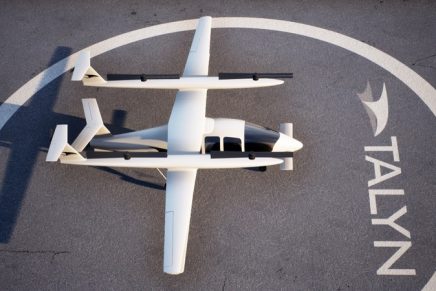 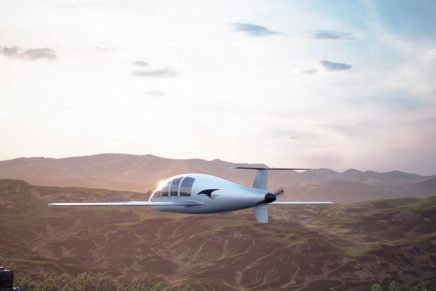