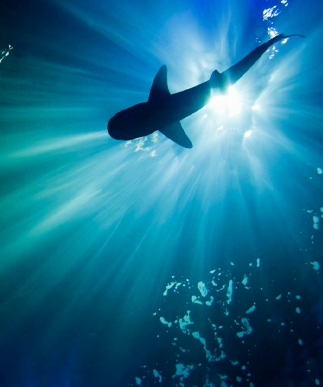 73 million sharks are killed yearly for shark fin soup. The Peninsula Hotels recognises that sharks around the world are increasingly threatened with extinction, primarily due to unsustainable fishery practices.

To support the conservation of marine bio-diversity, and given the difficulty of identifying shark fin products that have come from non-threatened species and those subject to illegal fishery practices, beginning with 1 January 2012 all Peninsula Hotels stoped serving shark fin and related products.

The ban covers the Chinese restaurants and banqueting facilities at The Peninsula hotels in Hong Kong, Shanghai, Beijing, Tokyo, Bangkok and Chicago. Banquet bookings involving shark fin soup made prior to this date, but taking place after 1 January 2012, will be honoured accordingly.

Most consumed in Hong Kong and Taiwan, but also in mainland provinces, shark fin consumption has become a status symbol among China’s nouveau riche.

“By removing shark fin from our menus, we hope that our decision can contribute to preserving the marine ecosystem for the world’s future generations,” the Peninsula group’s chief executive, Clement Kwok, said in a statement.
“As Asia’s oldest hotel company, we also hope that our decision will inspire other hospitality companies to do the same.”

Shangri-La Hotels and Resorts also announced its “Sustainable Seafood Policy” and their discontinued use of all shark fin products.

“Humane Society International applauds Shangri-La Hotels and Resorts for their announcement to cease serving shark fin products in all of their 72 hotels and resorts. As one of the most prominent luxury hotel groups, with headquarters in Hong Kong, Shangri-La’s decision comes at the most opportune time as the annual Lunar New Year celebrations, where shark fin soup is customarily served, will kick off across Asia next week. HSI will continue our hotel outreach campaign with local partners in Asia and hopes that other hospitality and culinary establishments will follow suit and remove themselves from participation in the cruel, wasteful and unsustainable trade in shark fins,” said Iris Ho, wildlife campaigns manager of Humane Society International.

Every year tens of millions of sharks die a slow death because of finning. Finning is the inhumane practice of hacking off the shark’s fins and throwing its still living body back into the sea. The sharks either starve to death, are eaten alive by other fish, or drown (if they are not in constant movement their gills cannot extract oxygen from the water).

Shark fins are being “harvested” in ever greater numbers to feed the growing demand for shark fin soup, an Asian “delicacy”.

Not only is the finning of sharks barbaric, but their indiscriminate slaughter at an unsustainable rate is pushing many species to the brink of extinction. Since the 1970s the populations of several species have been decimated by over 95%.

Due to the clandestine nature of finning, records are rarely kept of the numbers of sharks and species caught. Estimates are based on declared imports to shark fin markets such as Hong Kong and China.

CITES – the Convention on International Trade in Endangered Species – is supposed to protect endangered species – that was the reason it was set up in 1975. But it is widely criticised for being narrow in scope and largely ineffectual; for
example scores of shark species are severely threatened and vulnerable yet only three are listed in CITES – the Great
White, Whale Shark and Basking Shark – all others can be legally killed in most places in the world.