200th anniversary of the birth of Charles Dickens 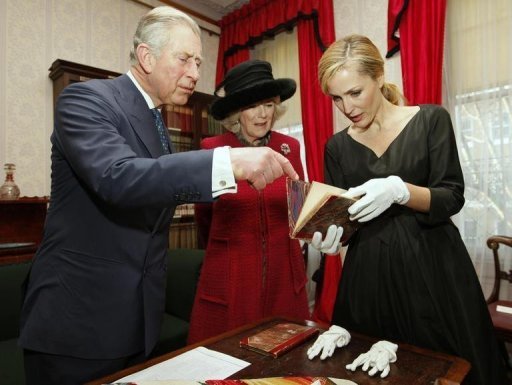 Britain has marked the 200th anniversary of the birth of Charles Dickens with the laying of a wreath at his grave in Westminster Abbey in London and a street party in his native Portsmouth.

Prince Charles and actor Ralph Fiennes, who will star in the latest film version of Dickens’ masterpiece “Great Expectations”, attended the ceremony on Tuesday in Poets’ Corner at the abbey, where Dickens was buried in 1870.

The congregation included what is believed to be the largest ever gathering of descendants of the Victorian novelist as well as representatives from the worlds of literature, film and theatre.

Ralph Fiennes, who will star as the convict Magwitch in the adaptation of “Great Expectations”, read an extract from another of Dickens’ greatest novels, “Bleak House”.

An event was held simultaneously in Portsmouth, the port city on England’s south coast where Dickens was born on February 7, 1812.

In a message read in Portsmouth, Prince Charles said to AFP: “Despite the many years that have passed, Charles Dickens remains one of the greatest writers of the English language, who used his creative genius to campaign passionately for social justice.

“The word Dickensian instantly conjures up a vivid picture of Victorian life with all its contrasts and intrigue, and his characterisation is as fresh today as it was on the day it was written.”