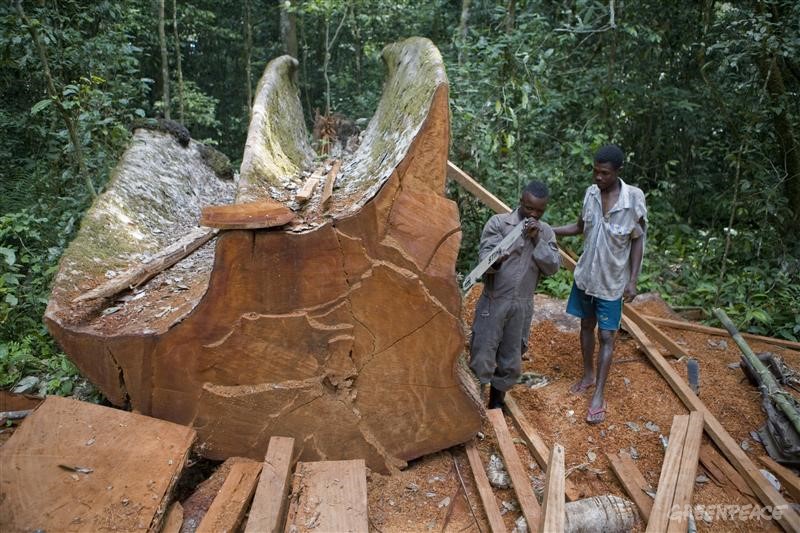 This article titled “Subsidies to industries that cause deforestation worth 100 times more than aid to prevent it” was written by Arthur Neslen, for theguardian.com on Tuesday 31st March 2015 15.48 UTC

Brazil and Indonesia spent over 100 times more in subsidies to industries that cause deforestation than they received in international conservation aid to prevent it, according to a report by the Overseas Development Institute (ODI).

The two countries handed out over bn (£27bn) in subsidies to the palm oil, timber, soy, beef and biofuels sectors between 2009 and 2012 – 126 times more than the 6m they received to preserve their rainforests from the United Nations’ (UN) REDD+ scheme, mostly from Norway and Germany.

“The fact that domestic subsidies for commodities that cause deforestation so vastly outweigh international aid seeking to prevent it shows we need a radical rethink,” Will McFarland, one of the report’s authors told the Guardian.

“By making the cost of producing these commodities cheaper, subsidies increase their profitability and make them more desirable to investors. That in turn artificially inflates their growth, and threatens the rainforests further. With subsides running at over 100 times that of forest aid, we should be urgently trying to reform this system.”

Asad Rehman, a senior international climate campaigner for Friends of the Earth compared Brazil and Indonesia to “cancer charities asking for donations whilst subsidising cigarette production at the same time”.

“Deforestation is ultimately driven by consumption demands in the North,” he said. “We all have a responsibility to tackle the businesses that are colluding in this destruction. The only real solution to this failure is empowering communities to safeguard their forests.”

More than half of the world’s forest loss between 1990 and 2010 took place in the two countries, with an average 2.7m hectares (6.7 acres) of rainforest lost in Brazil and 1.2m hectares in Indonesia.

Indonesia’s rate of forest destruction rose steeply in the last decade and may now have overtaken that of Brazil, where deforestation has declined since a peak in 2004. Between 2008 and 2012 forest clearing accounted for 61% of Indonesia’s greenhouse gas emissions, and 28% of Brazil’s.

Part of the problem lies in a lack of coordination between national environment ministries seeking to protect their natural resources and other government departments motivated by imperatives to protect commodity exports and reduce rural poverty.

McFarland said the phenomenon was “incredibly contradictory” and demanded the conditioning of future aid on environmental protection measures. “Through subsidy reform, modest sums of forest finance can be used to ensure that any subsidies are provided in a manner that both protects forests and the poor,” he said.

In Brazil, commodity subsidies have been focused on beef and soy production, while in Indonesia they have mainly gone to timber and palm oil.

Between 2008 and 2011, one reform, linking rural credit subsidies to environmental criteria in the Brazilian Amazon, saved .4bn – and an estimated 346 sq km (133 sq miles) of rainforest – according to the ODI study.

Lord Stern’s New Climate Economy report last year recommended that the international community up its forest protection aid to at least bn per year by 2030, with payments tied to verified emissions reductions.

But an ODI finding that Brazil spent .7m in biofuel subsidies in 2009 – mostly for ethanol – illustrates how contentious such conditions may be in practice. New research by Timothy Searchinger published in the journal Science last week, found that any greenhouse gas reductions from bioethanol would depend on cuts to food consumption in the developing world.

The paper said that models used by US and EU agencies to evaluate ethanol’s greenhouse gas saving potential, expected up to half of the calories lost to its production not to be replaced by substitute crops. Most associated CO2 reductions would come from diminished diets which reduced the amount of carbon dioxide that people breathed out or excreted.

The McKinsey Global Institute says that in 2011, governments spent .1tn subsidising the consumption of resources such as water, energy and food.