The ocean is a vital part of our planet and we are running out of time to save it. Every minute, the equivalent of a dump truck of plastic enters the oceans. 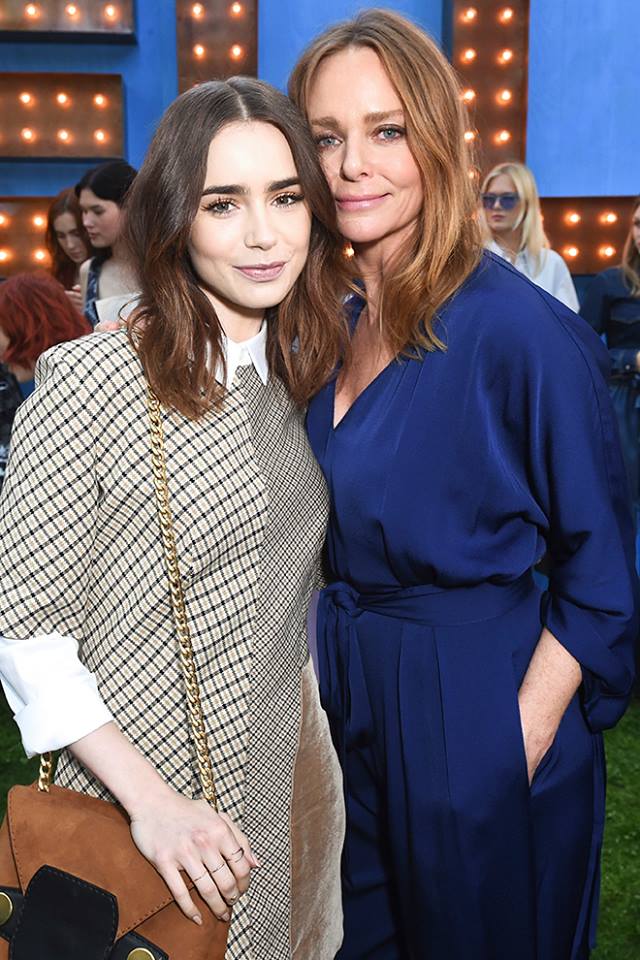 Stella McCartney celebrated the launch of her new women’s Spring 2018 collection in New York in her signature garden party.

In Stella McCartney’s continued commitment towards sustainability, the designer also celebrated her collaboration with Parley for the Oceans to raise awareness for ocean conservation by launching two new products made of Parley Ocean Plastic materials, yarn and fabric: The new adidas by Stella McCartney Parley Ultra BOOST x shoe for Fall 2017 and the limited edition ‘Ocean Legend’ Falabella Go back pack in honor of Captain Paul Watson to benefit Sea Shepherd Conservation Society for their 40th anniversary. Both are made of upcycled marine plastic debris and will be launched in stores in early July.

Parley for the Oceans is the space and network where the creative industries come together to raise awareness about the oceans and collaborate on projects that can end their destruction. The ocean is a vital part of our planet and we are running out of time to save it.

The Parley Ocean Plastic Program – led by the Parley AIR Strategy (Avoid, Intercept and Redesign) – combats marine plastic pollution; one of the biggest threats to the ocean today.

Also highlighted at the event is the recent launch of the POP Bluebell fragrance, an intriguing new twist and follow up to POP. The scent celebrates a new generation of pioneering young women with a deeper purpose: embracing sustainability, individuality and a new kind of beauty. Alongside the launch is a POP Bluebell scent is a capsule collection including a backpack, makeup case and sunglasses. 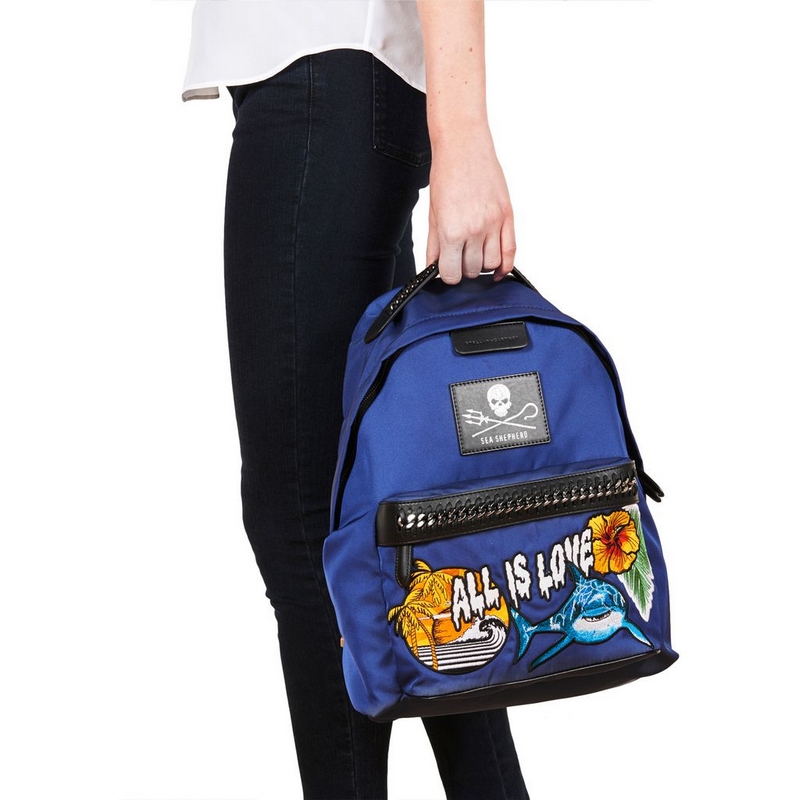 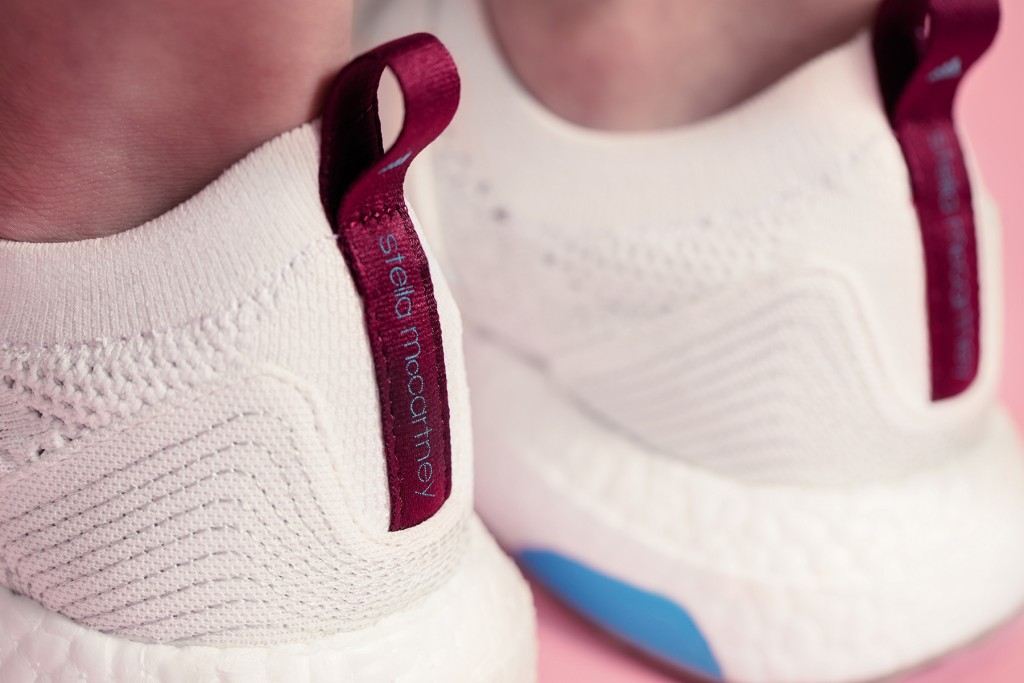 The new women’s Spring 2018 collection “celebrates Stella’s irreverent style, while embracing a sense of individuality as showcased in the 20 looks presented on models in playful island themed vignettes,” announced the fashion brand, a 50/50 joint venture partnership between Ms. Stella McCartney and Kering Luxury Group established in 2001.

The brand’s women’s ready-to-wear and accessories, lingerie, swimwear, fragrance, kids, adidas by Stella McCartney collections and the recently launched menswear range are available through 49 free-standing stores around the world.

“Fashion is an industry that makes a significant impact on the health of the planet, and on its life support system — the oceans. Our goal has always been to challenge ourselves and the industry to do better, to continually ask ourselves how we can improve. We want to be responsible and accountable for the items we make and the ways we make them. And we need to start somewhere in order to progress. This partnership with Parley is another chapter in our journey,” commented Stella McCartney.

“We are at war with the oceans. And if we win, we lose it all. It’s time to make peace between mankind and the sea. No social group is suited better for this challenge than the creative class. Stella McCartney is not only a fantastic designer; she is a pioneer of creative activism. Her work has changed the industry. She will expedite our strategy of making Ocean Plastic the new standard for the fashion and luxury industry,” commented Cyrill Gutsch, founder of Parley for the Oceans. 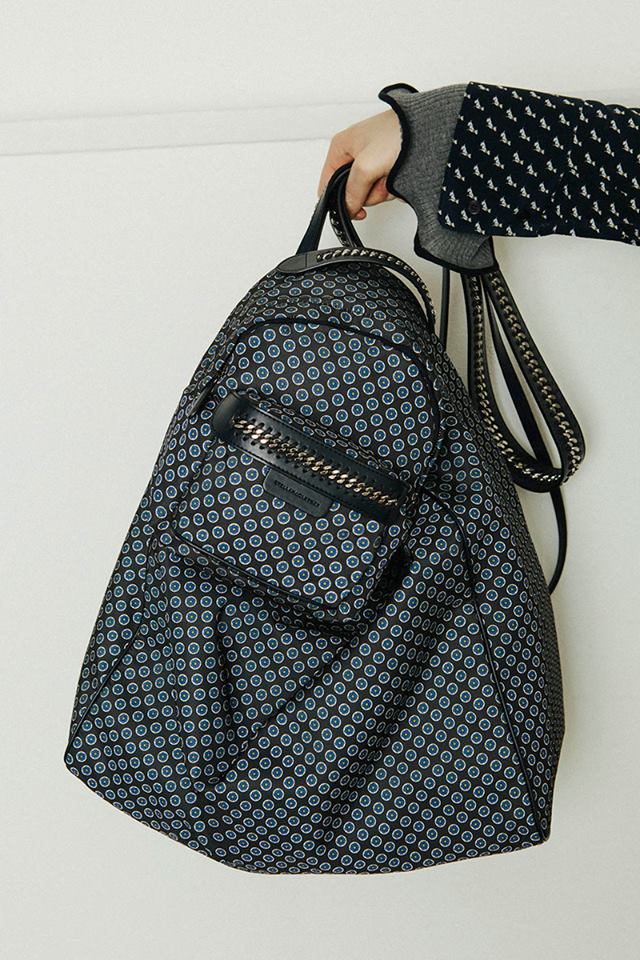 The new tie print Falabella GO is made with eco-nylon made from recycled yarns.

Underwater Pavilions is artist Doug Aitken’s large-scale installation and collaboration with Parley consisting of three temporary sculptures submerged beneath the water’s surface as a symbol and catalyst for the oceans cause.The living artwork’s first destination was off Catalina Island, California. 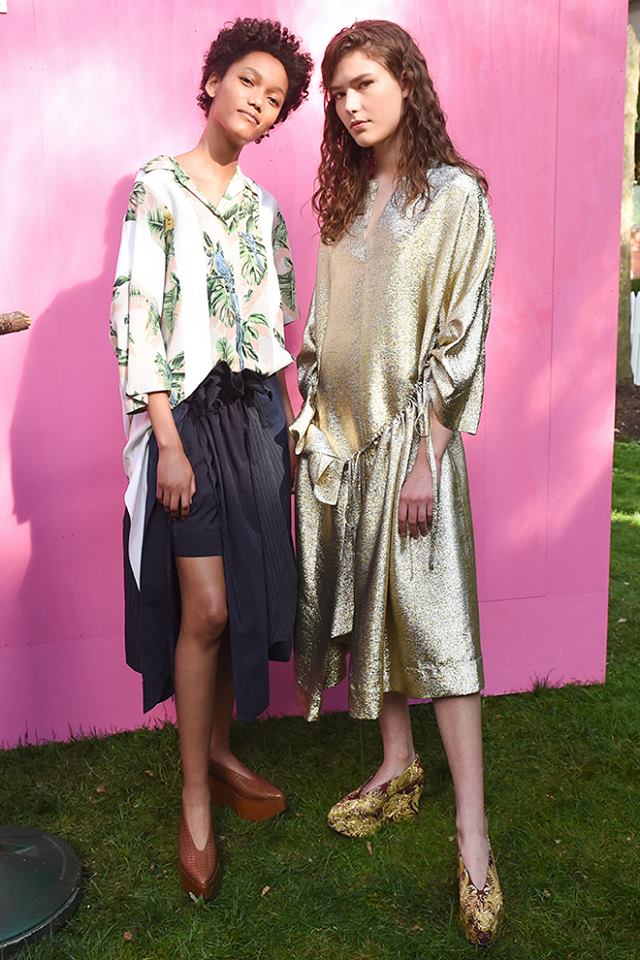 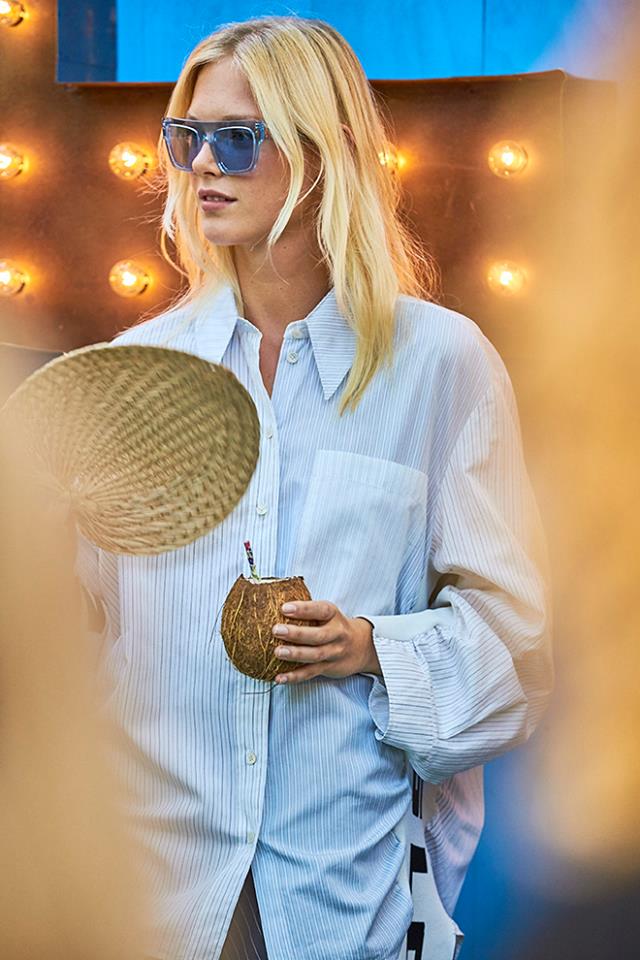 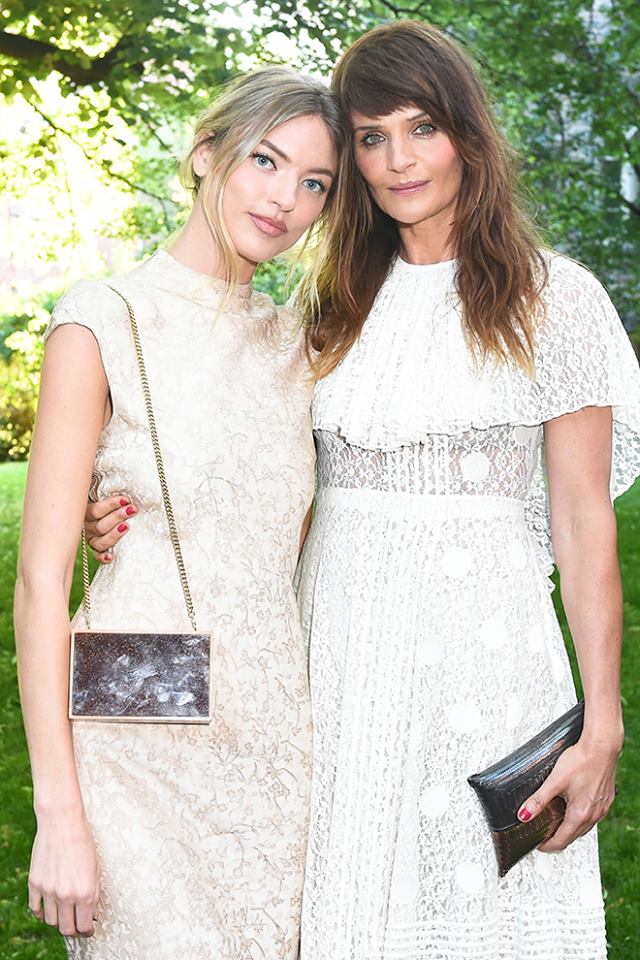 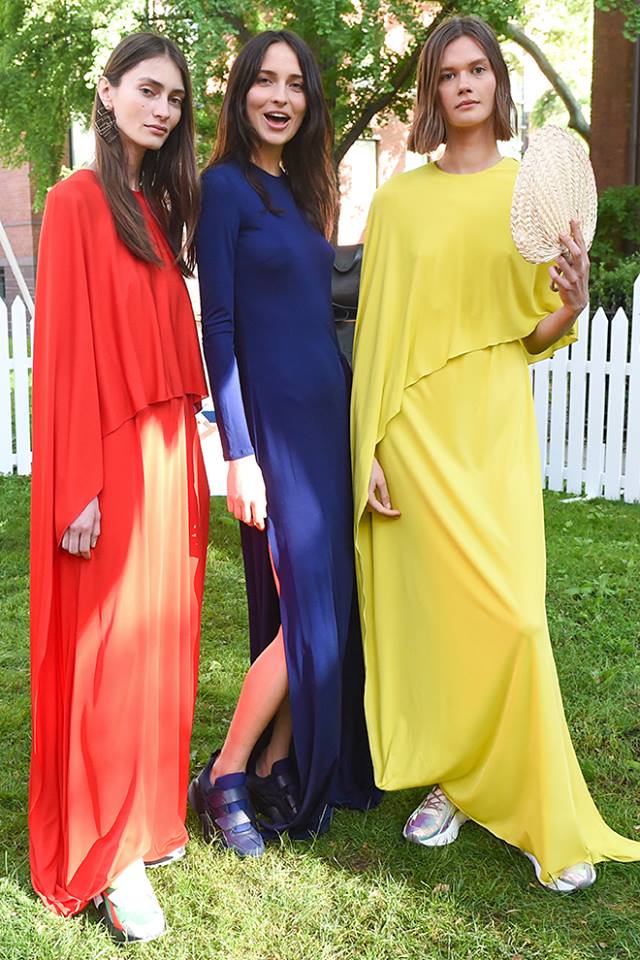 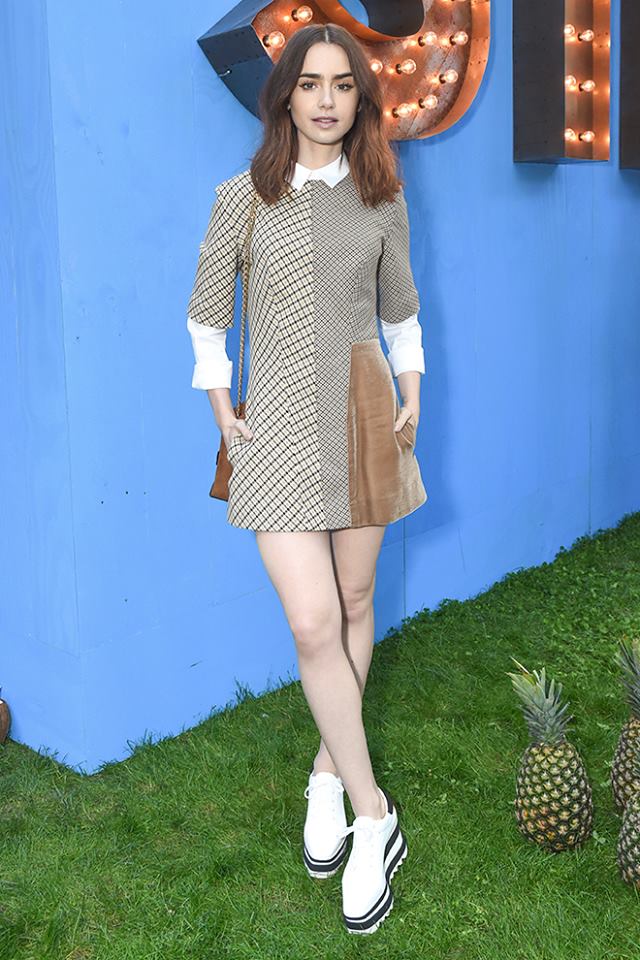 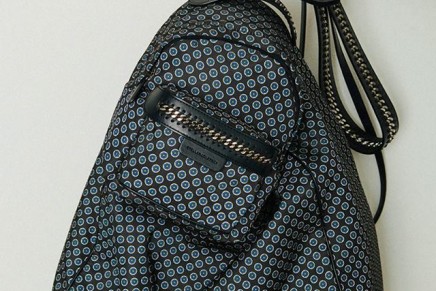 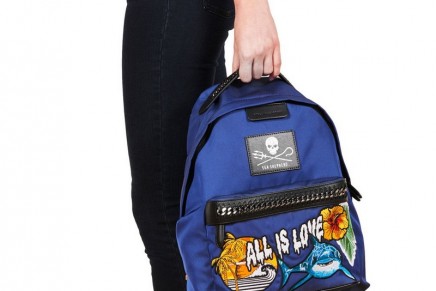 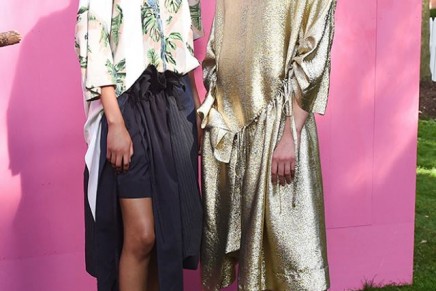 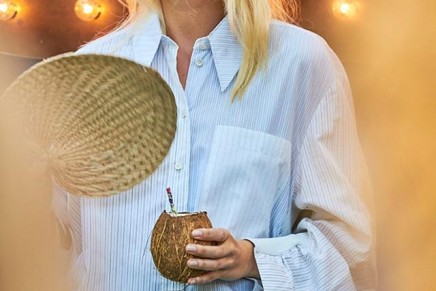 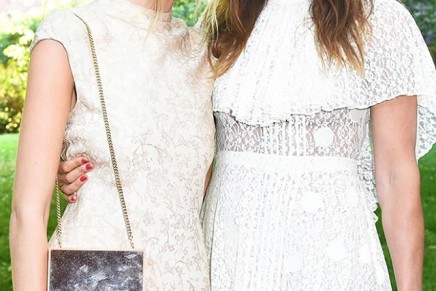 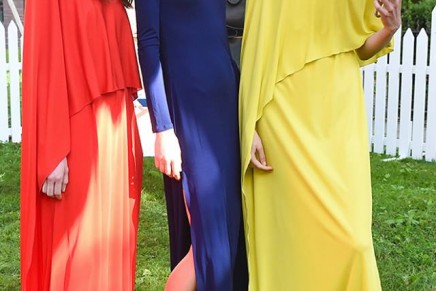 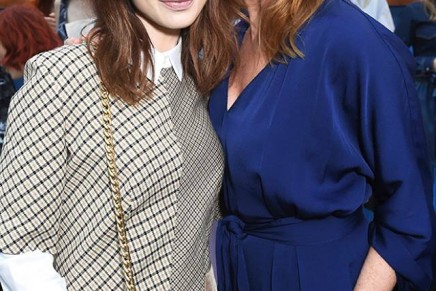 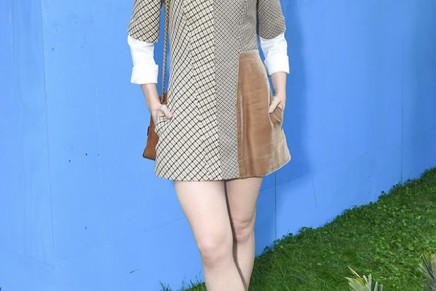 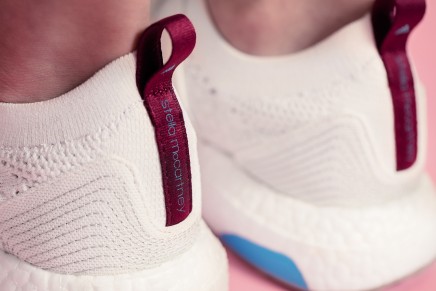