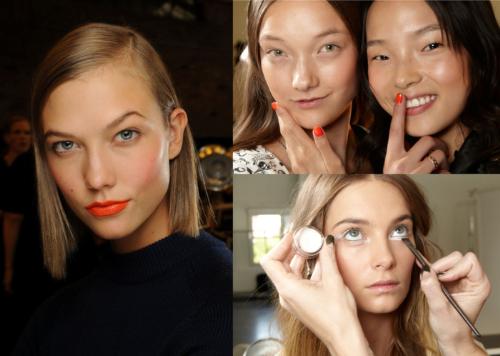 Orange Lips and Tips
Bright, almost neon shades of orange will be the go-to hue for spring. Backstage at DKNY, Maybelline New York’s Color Sensational
Vivids Lipcolor in Electric Orange was applied to models’ lips, then blotted for a matte, almost stained finish. Brows were groomed and shaped using the brand’s Master Shape Brow Pencil. The rest of the face was left bare. “A flawless complexion is the perfect canvas for standout lips and clothes that steal the show,” said makeup artist Charlotte Willer.

At SUNO, it was all about an electric pop of citrus on the nails. Models wore Maybelline New York’s Color Show Nail Lacquer in
Orange Fix, a bright tangerine shade. Backstage at Mara Hoffman, the same vivid hue was used to create a spectrum design on
models’ nails.

White Eyes
Backstage at Tibi, white eyes stole the show. Makeup artist Alice Lane used an angled shadow brush to draw Color Tattoo Cream Gel
Shadow in Too Cool in a smooth, straight line across the upper lashline and out toward the temples. The shimmery white shade was
also applied to the inner corners of the eyes, for an ethereal, fairy-esque look.

Nudes Nails
A major departure from the over-the-top nail art looks that have dominated recent seasons, the new nude nail is about an easy-
glamour feel that is both fresh and modern. Models at Rachel Zoe wore Maybelline New York‘s Color Show Nail Lacquer in limited
edition Lust for Buff, a gorgeous neutral hue that was hand-chosen for the show by Zoe herself. The universally flattering shade
will be available for a limited time, beginning in March 2014.

Metallic Sheen
Metallic makeup is nothing new, but the look is refreshed with luminosity and lightened up for spring. These metallic touches are
the “accessory” to an otherwise clean beauty look. At the Wes Gordon Show, makeup artist Alice Lane used Color Tattoo Pure
Pigments in Breaking Bronze to add a sheer wash of copper to models’ eyelids. At Mara Hoffman, Lane used her fingertip to apply
Color Tattoo Pure Pigments in Pink Rebel, swiping it onto models just before they hit the runway, as a glamorous finishing touch.
No Fuss Makeup
Backstage at the SUNO and Wes Gordon shows, makeup artist Alice Lane played with texture and gloss. She used Baby Lips Lip Balm in Quenched on models’ eyelids to add a luminous, light-catching glow. Lane used the term “fresh grunge” to describe the no fuss
makeup look. “There’s a nod to grunge in that everything is slightly undone and nothing’s too perfect. But it’s cleaner and more
wearable, for a sophisticated woman,” she said.
Look also at the London Fashion Week for a whole picture of Spring 2014 beauty trends. 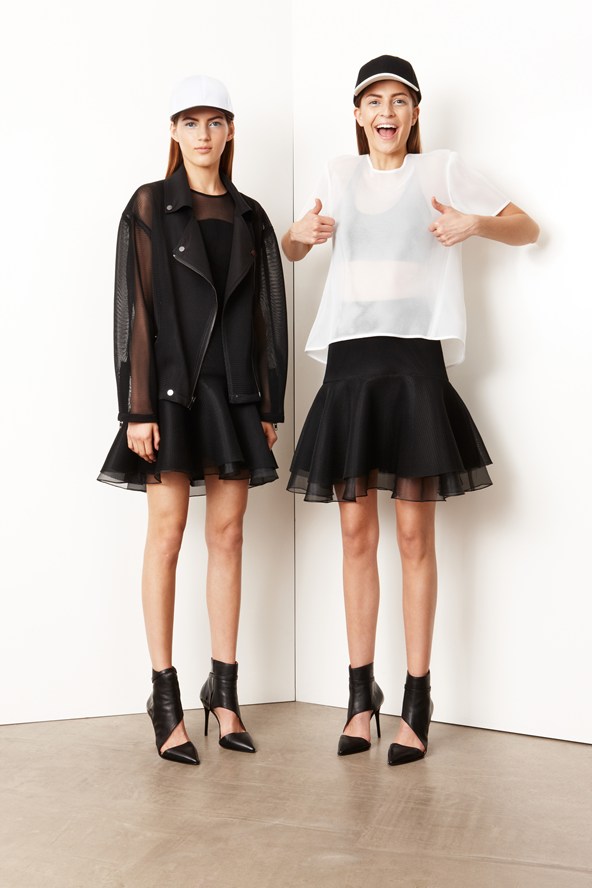 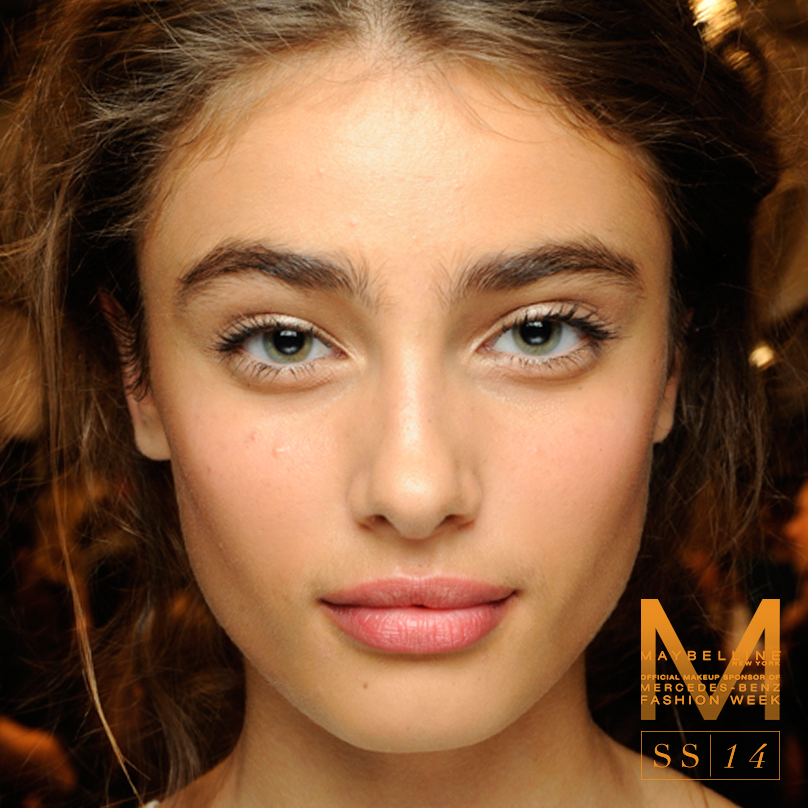