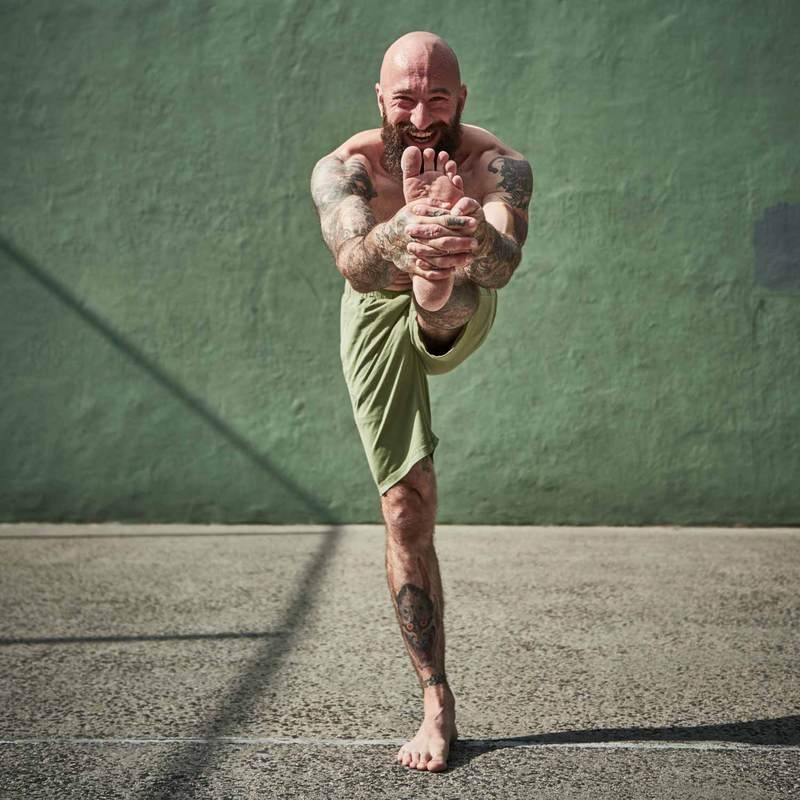 Ever keen to bend to the latest trends, sportswear brands are now tailoring their yoga collections – historically geared towards women – to include menswear.

This week, Nike launched its first yoga-specific collection, including a menswear range in “a nature-inspired colour palette”, which features long-hem T-shirts and slim, straight shorts designed to stay in place during inversions.

Elsewhere, the menswear yoga brand So We Flow launched in 2017 after its founder, Jake Wood, noticed “men who did any yoga were wearing ultra-technical sportswear, old gym rags and bohemian mash-ups”. Like Nike, So We Flow’s clothes favour earthy tones, such as “olive” and “grit”.

Brogawear – as the yoga branch of sportswear is commonly known – is also creeping into fashion, designed to be worn on and off the mat. So We Flow combines “the understated aesthetic of British workwear with a purpose firmly committed to movement and utility”.

Lululemon, the brand best known for its women’s luxury yoga pants, plans to grow its men’s category to a $1bn (£780bn) business by 2020, and last year revealed men made up 30% of new customers during the first quarter. In the US, men-only “broga” classes and retreats have also been gaining in popularity.

Will Wheeler, the founder of Level Six yoga studio in Peckham, south London, said: “We are definitely seeing an uptick in the number of men joining our classes. There’s a rise in yoga as a stretchy complement to high-intensity workouts. A class can be just as sweaty as gym training.”

According to the founder of Triyoga, Jonathan Sattin, men accounted for 11%–27% of class attendees in 2015. By last year, that figure was 25%–50%. Yoga has also gained high-profile male advocates: the former footballer Ryan Giggs put the longevity of his career down to practising yoga, while the boxer Anthony Joshua hopes it will do the same for him.

The “physical and mental benefits” of yoga have also been cited by the men’s yoga clothing brand Ohmme. Its yoga vests and dharma pants (soft and loose but with slim-fit ankles) challenge “preconceived ideas of masculinity”. It is perhaps this that is the driving force behind the male uptake in yoga; after all, a gendered New Year resolution hardly feels very 2019.