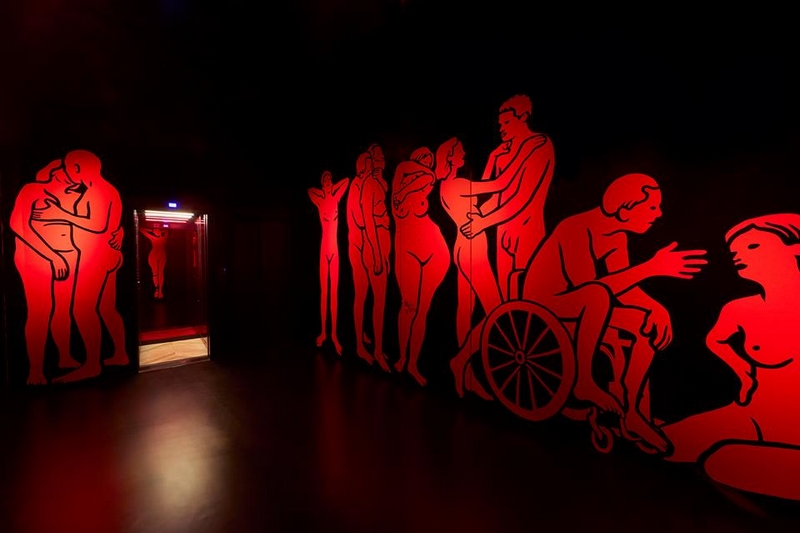 On / Off installation for GUCCI Garden Galleria by Italian artist MP5. photo: Gucci

The newly refreshed Gucci Garden reopens with On / Off, by Italian artist MP5. The two-part wall painting features below a darkened room where darkness is not perceived as a threat but as a liberating protection and strength. Upstairs, the same scene is replicated, immersed in light to reveal its essence. On / Off is a narration that focuses on the relationships between individuals and the wealth of physical and emotional exchange. MP5 confronts the viewer with different media: drawings, video animation, muralism and installation. The artist’s incisive black-and-white style is aimed at a critical and politically engaged vision of reality. 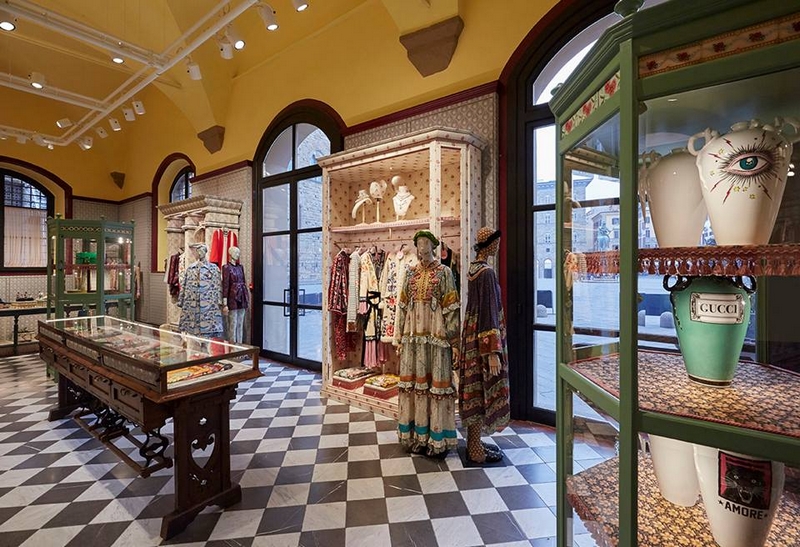 Alessandro Michele introduced specially designed collection pieces, objects, and an array of glossy magazines and alternative fanzines exploring the concept and notions of the male nude and male eroticism. Italian artist MP5, who created some of the new wall paintings in the Gucci Garden, has designed a line of sweatshirts, T-shirts and shopper totes featuring graphic black- and-white prints inspired by the ancient Chinese text the I Ching (also known as the Book of Changes). 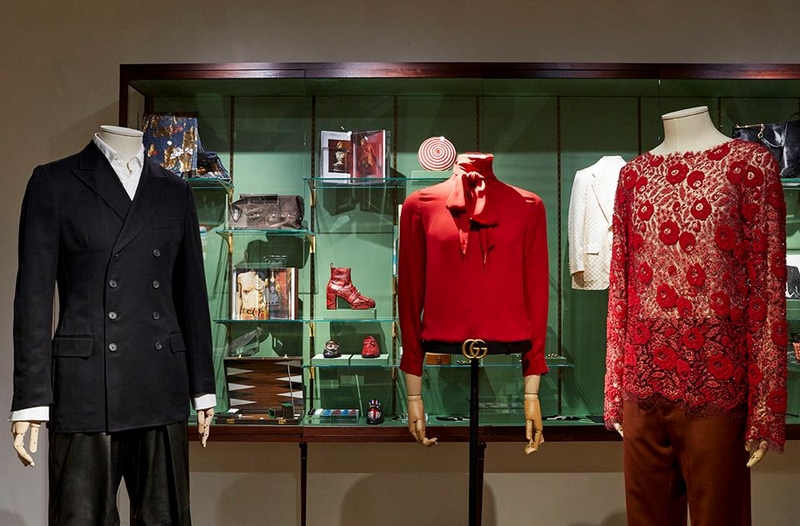 ‘Il Maschile – Androgynous Mind, Eclectic Body’ new Gucci Period Room conceived by Alessandro Michele and curated by critic Maria Luisa Frisa demonstrates how Gucci has defined men’s fashion over the years. The space reflects on masculinity in interpretations by creative directors, from the Tom Ford era to the present and also includes pieces from the archives, editorial shoots and advertising campaigns. Among the looks displayed is a definitive statement from Alessandro Michele’s first men’s collection for the House, a red silk shirt with a bow tied at the neck from Gucci Fall Winter 2015. The shirt marked the beginning of the House’s overt engagement with the concept that today gender is a fluid idea.

British artist and illustrator Alex Merry’s work is characterized by an interest in folk culture, the animal world, surrealism, portraiture and a focus on color. For the Gucci Garden’s spaces conceived by Alessandro Michele, she painted scenes inside eight arched windows, that mark the passage between the various floors. Each opens metaphorically on Piazza della Signoria and reveals to the visitor metaphysical landscapes where extraordinary alchemical transformations take place. 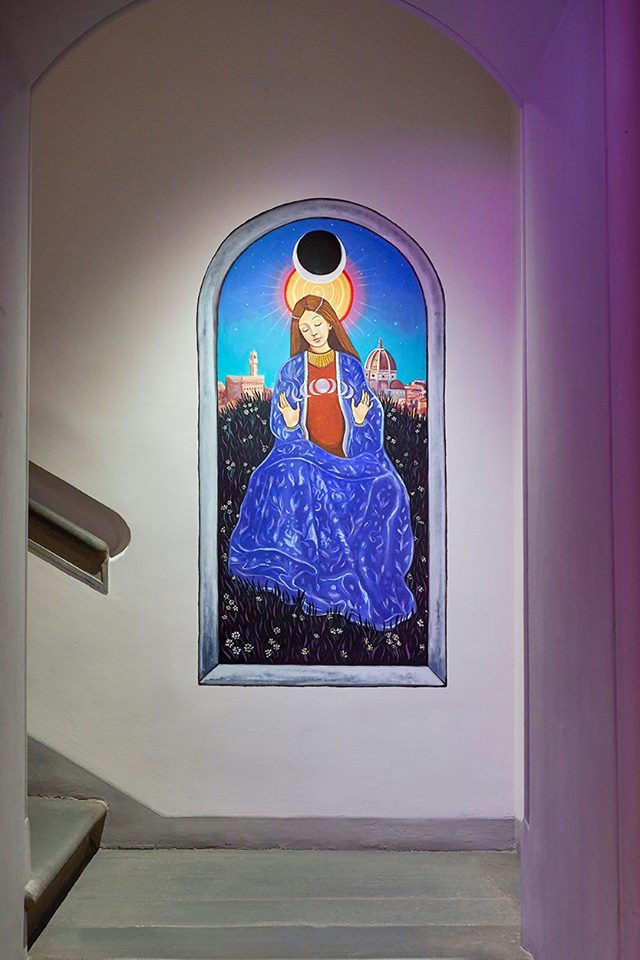 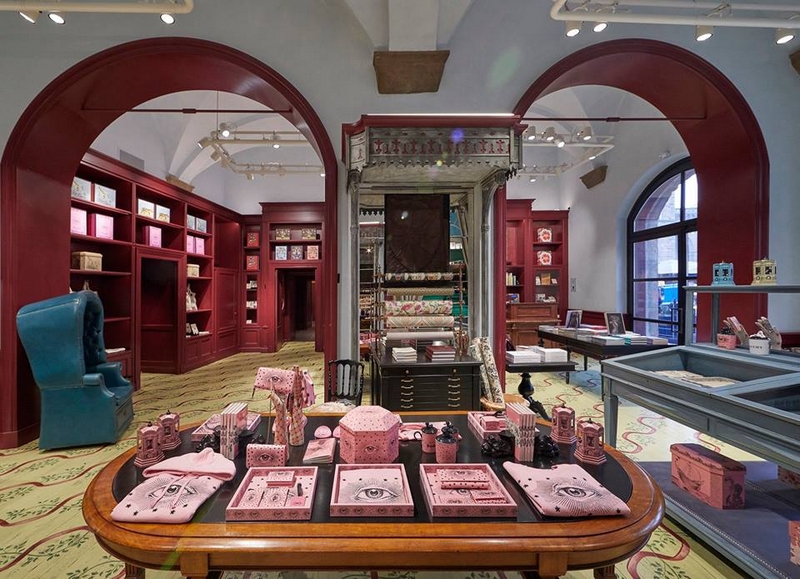 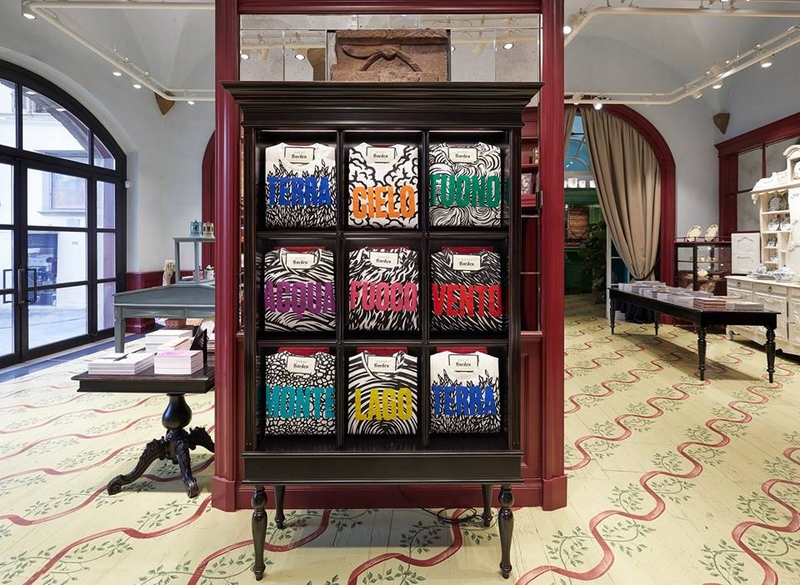 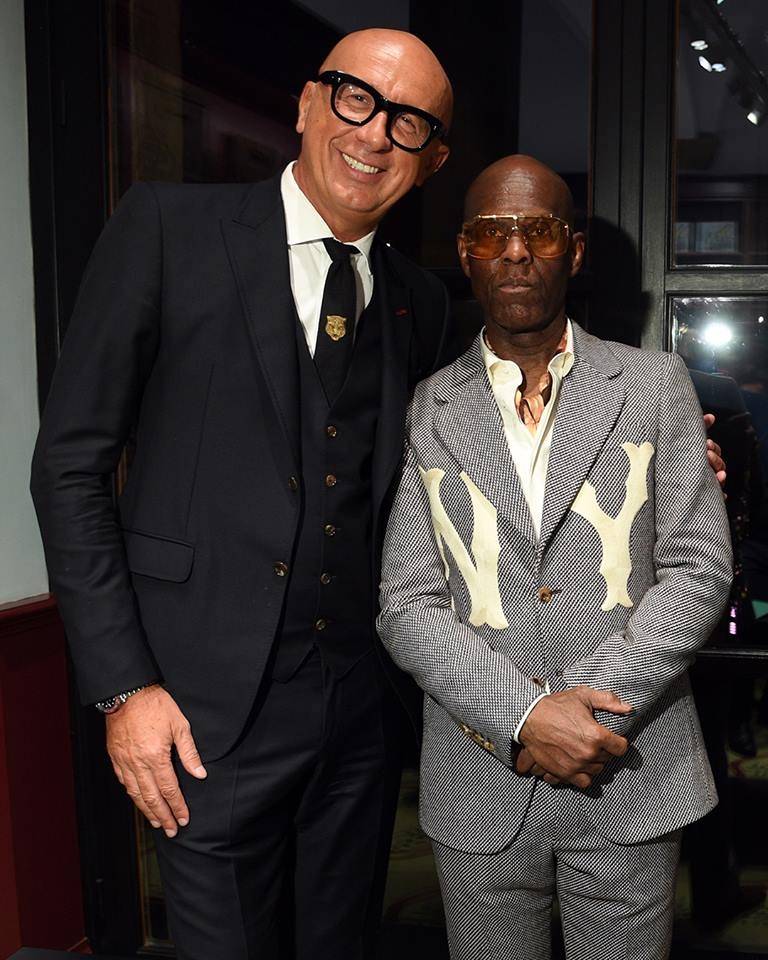 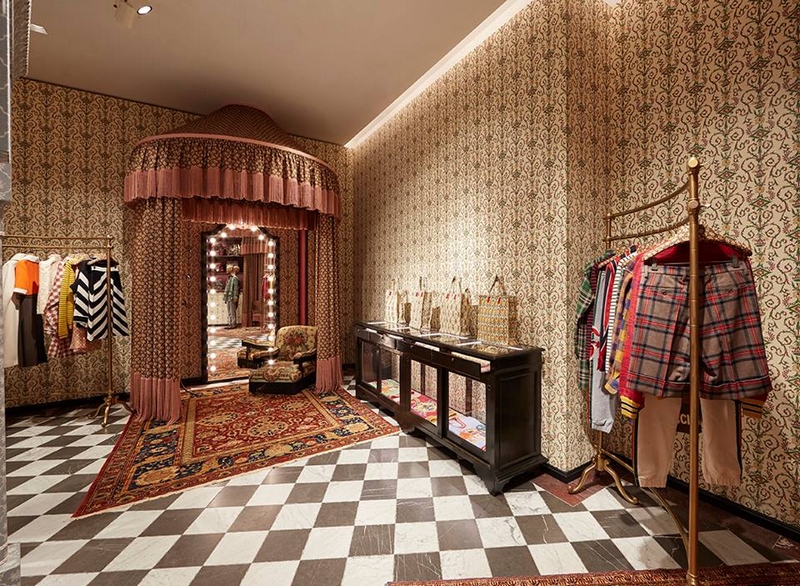 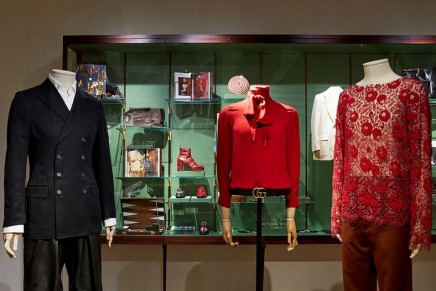 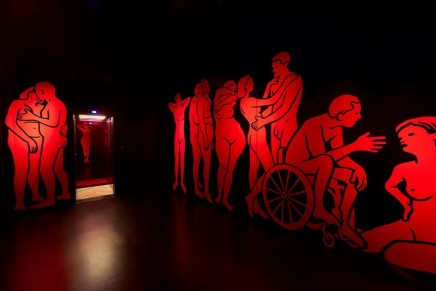 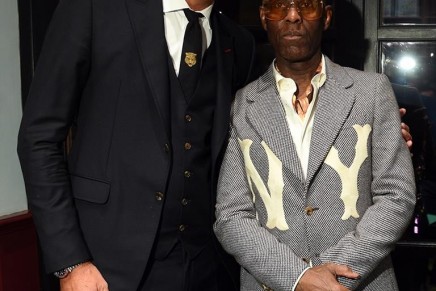 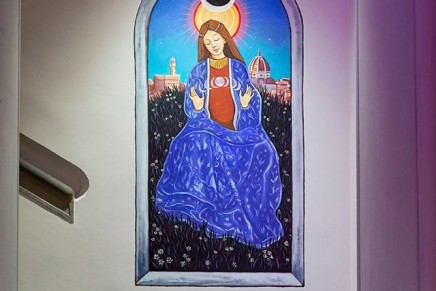 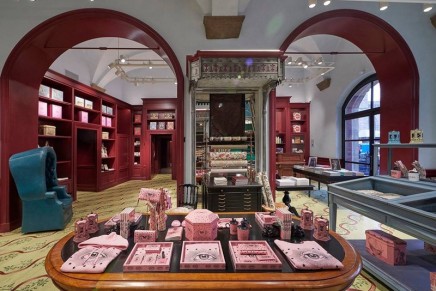 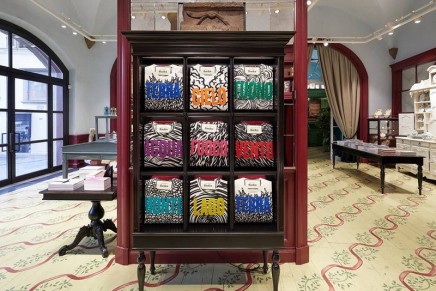 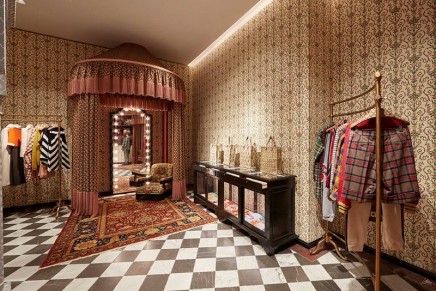 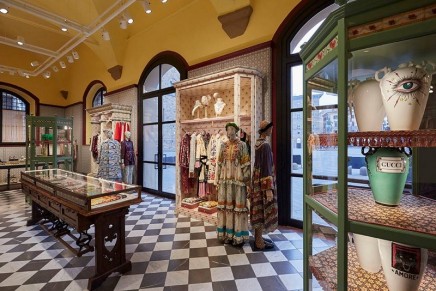