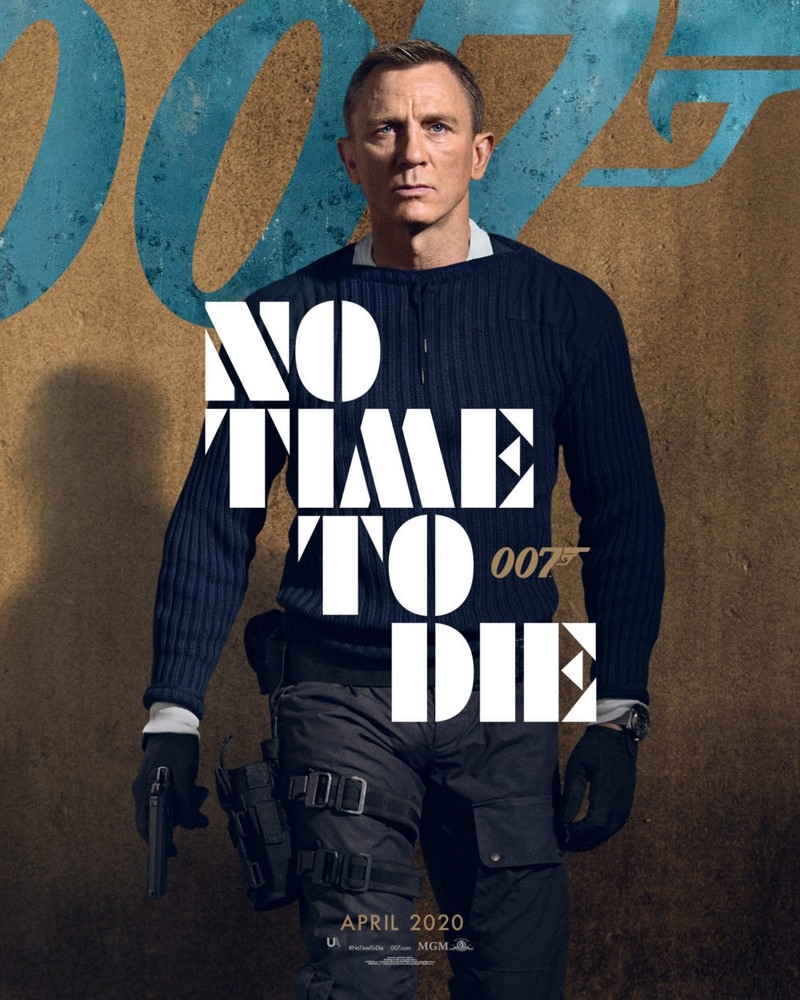 This article titled “Selling James Bond: why No Time to Die is a product placement dream” was written by Catherine Shoard Film editor, for The Guardian on Friday 6th December 2019 16.05 UTC

The official trailer for the new Bond film, No Time to Die, was released only on Wednesday but has already been viewed tens of millions of times, which is an efficient sales job for a film its producers hope will make at least $1bn.

Appetites have been whetted and nerves calmed in the run-up to the film’s release in April after a bumpy production. The budget for the movie – Daniel Craig’s last in the lead role – is estimated to have exceeded $250m (£190m), having rocketed after the departure of the director Danny Boyle in August 2018, who left at the 11th-hour citing “creative differences”.

Boyle’s exit, along with his co-writer and their script, led to a six-month delay as well as a plot and production overhaul. In addition to the costs incurred by the studio and producers, the departures also prompted scrabbling by companies with Bond sponsorship deals, many of which plan campaigns in line with new releases.

Bond has always been a labels man. Ian Fleming’s novels nod to Gordon’s gin, Bentley and the cigarette maker Moreland, so product placement has long been a self-consciously central component of the franchise.

The early films featured tie-ins with the airline Pan Am and Smith & Wesson firearms, with Aston Martin coming onboard for 1964’s Goldfinger and the champagne house Bollinger for 1973’s Live and Let Die. Other brands to display their products alongside 007 include Camel, Playboy, KFC, 7 Up and Toblerone.

Meanwhile, countries have long competed for the chance to be one of Bond’s destinations, sometimes offering lucrative tax breaks to sweeten the deal. Norway paid NOK 47m (£4.2m) to be included, and it’s likely Italy, Jamaica and the Faroe Islands, which act as key locations alongside London and Scotland, followed suit.

The dividends are potentially enormous. The mayor of Matera, the town in Basilicata, Italy, that provides the backdrop for the opening car chase, predicts No Time to Die will provide a €12m (£10m) boost to the local economy.

The trailer is essentially a shopfront not only for the film but also its product and location partners. Airtime in the 2.5-min promo will have been exactingly brokered, with separate deals negotiated for exposure on character posters and other marketing materials.

In Casino Royale, Eva Green asks Daniel Craig if he’s wearing a Rolex. He shakes his head: “Omega.” To which she replies: “Beautiful.” The sponsor switch actually happened 11 years earlier but viewers are made aware of this change by this seamless dialogue.

A similar subtlety can be detected in the No Time to Die trailer, which features at least five conspicuous wrist glimpses, some requiring substantial hoisting of a jacket sleeve. The showcase watch this time round is Omega’s new Seamaster Diver 300M 007 edition (from £6,520) which, according to a press release, has been “purposefully built with the needs of 007 in mind”.

Sadly for anyone frantically searching on Airbnb, the Jamaican waterside pad to which Bond retreats after quitting the service is merely a film set. Still, the production design is immaculately aspirational: not only does the house boast all the amenities 007 might hope he would still need – including a four-poster bed and yacht space – it also looks a suitable choice for what is essentially a retirement property.

It is a bungalow, which is ideal for someone with mobility issues – a visiting agent, Lashana Lynch, points out Bond’s dicky knee. There’s also wicker armchairs, a chess set with chunky pieces and an abundance of cushions. Even the coffee-table books are old-timers: Zen and the Art of Motorcycle Maintenance and The Complete Book of Sea Fishing.

Judging by the trailer, Aston Martin bankrolled a sizeable proportion of the new film’s budget. The camera lingers on a variety of models – the DB5, V8, DBS Superleggera and the Valhalla electric supercar (£250,000) – while Bond’s other vehicle sponsor, Land Rover, is relegated to a few fleeting appearances. A Triumph Bonneville Scrambler 1200 motorcycle demonstrates remarkable traction, leaping high up a cliff, and the new model Spirit Yacht (the one used in Casino Royale recently sold second hand for £600,000) also makes an appearance.

While there’s nothing quite as arresting in this trailer as Craig’s tight powder-blue swimming trunks (La Perla “Grigioperla Lodato”, permanently sold out) seen in Casino Royale, all the actor’s outfits will be the result of lengthy discussions between designers, producers and the costume department. A navy ribbed N.Peal cashmere sweater with shoulder and elbow patches features on posters and in a climactic showdown. Also Bond wears a Massimo Alba cotton-corduroy sloop suit (€880) during the Italy chase scenes, followed by a grey Prince of Wales check Tom Ford O’Connor suit (€2,820) on his return to London.

There’s much in the trailer to get fans gasping – fireballs, fjords, a flying motorbike – but the biggest shock is Rami Malek’s unpleasant parka. Sources confirm the jacket was specially tailored. Malek pairs it with a Phantom of the Opera-style face mask and some heavy-duty black gloves. It’s a look few would rush to copy but one that superfans have interpreted as evidence Malek’s character is actually Dr No, who sported prosthetic hands after a radiation accident. Were that to be the case, it would also mean the film’s title has a previously unappreciated element of punnery.