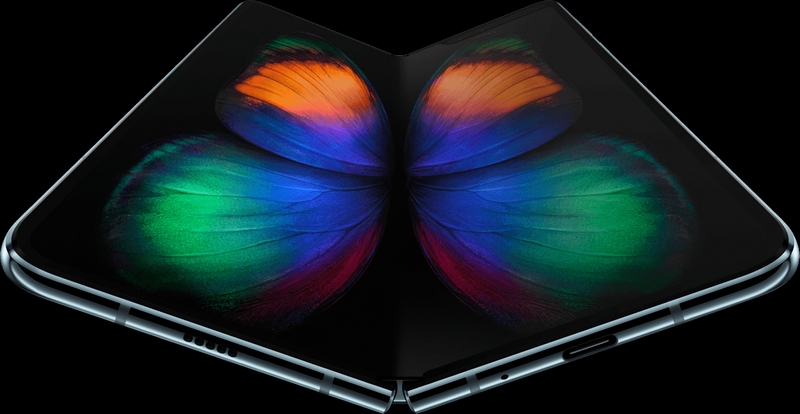 Samsung has placed its stake in the ground with its Galaxy Fold smartphone-tablet folding phone that is spectacular in every way, even in price, and pitches itself years ahead of its arch-rival, Apple.

Nearly a decade in the making, everything about the Galaxy Fold shouts next generation. It has a standard 4.6in phone screen on the front, but open it up like a book and you reveal a single large 7.3in screen that literally folds in half. No lines, no wrinkles, no visible crinkles. It’s a level of luxury and innovation not seen before, and it comes with a truly eye-watering price tag of $2,000. But no one said breaking boundaries was cheap.

Some, such as Ben Wood, the chief of research at CCS Insight, see it as a “magnet for gadget lovers” that is “arguably a solution looking for a problem” – particularly as it costs more than twice as much as Samsung’s other new top-end phone the Galaxy S10+.

But few argue against the sentiment that this kind of boundary breaking is what a stagnating smartphone industry needs, even if it isn’t a mass seller or profit maker.

Francisco Jeronimo, an associate vice-president at the analysts IDC, describes the Galaxy Fold as“one of those announcements that will reshape the future of smartphones”.

The Galaxy Fold was created to celebrate the 10th anniversary of Samsung’s Galaxy S phone line, which alongside the iPhone has been the main driver of the smartphone industry for the last decade.

It is a hero product on which the South Korean firm can hang its mainstream Galaxy S10 offerings and amplify its brand. But it is also one in the eye for Apple, which celebrated the 10th anniversary of its smartphone era with the iPhone X – a brilliant and well-polished product but one that looks rather evolutionary rather than revolutionary next to the Galaxy Fold.

When every phone looks the same and each change appears utterly iterative to the consumer despite costing more and more each year, it’s no wonder that people are holding on to their phones for far longer. Innovation is dead is the cry. Why buy the next big thing, when it’s neither interesting nor cheap and your existing phone still does everything just fine?

“To those who say they’ve seen it all, I say, buckle your seatbelt, the future is about to begin,” DJ Koh, the head of Samsung’s mobile business, said as he held the Galaxy Fold aloft – his big bet on the future of the whole mobile technology industry.

Related: You don’t need to be a computer scientist to work out why iPhone sales are down | John Naughton

Big bets are needed to break stagnation in the industry and excite consumers once again.

Whether folding phones really take off remains to be seen, but Samsung will not be the only manufacturer with one this year. China’s Huawei is expected to announce one in the next couple of months, as is “China’s Apple”, Xiaomi. And the US-based Chinese company Royole released a developer version of its FlexPai folding phone last year.

The common denominator here is Asia. These innovations in hardware are not being made in the US, while Europe has been left far behind. Even within Asia changes are afoot, with China rising at a rapid rate to challenge the might of South Korea.

With Samsung’s chips on the table, and China soon to join, the question remains as to how long it will take before folding screen phones hit the mainstream at a quarter of the current price. And the consensus appears to be not within five years.