Samaritaine reopens after an exceptional renovation. 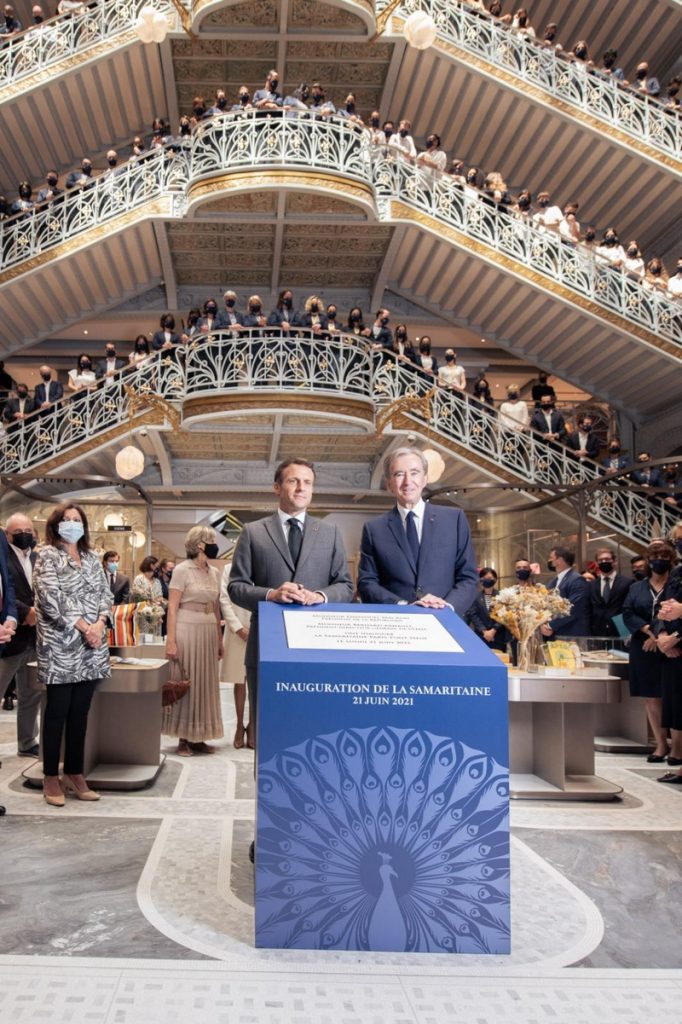 From Art Nouveau to a new vision of luxury: La Samaritaine luxury department store promises to be the new destination of Parisian elegance.

The extensive restoration and renovation worksite spanning 70,000 square meters in the heart of the French capital mobilized numerous skilled artisans – painters, sculptors, gilders, ironworkers and more. At its peak, 800 craftspeople were working together at the site.

Instantly identifiable by the new undulating glass façade on the rue de Rivoli – designed by the Japanese firm Sanaa,
winner of the prestigious Pritzker Prize for architecture in 2010 – the Samaritaine has regained its stunning fully glass roof with an Eiffel style iron frame. The breathtaking 37-meter by 20-meter structure was designed in 1907 by architect Frantz Jourdain. Equally sumptuous are the Art Nouveau enameled lava stone ceramics, the monumental staircase and a sublime 115-meter-long peacock mural designed by Francis Jourdain.

The “Samaritaine Paris Pont-Neuf” department store was designed and operated by the world’s leading luxury travel
retailer DFS Group (in which LVMH holds a majority stake). Some 600 brands, from iconic names in luxury to exclusive designers, punctuate La Samaritaine portfolio.

“No other department store has such compelling links to the two faces of Paris, one engaged with the historic economic vitality of the recently renovated Les Halles and the other overlooking the Seine, offering the most beautiful view of the world’s most beautiful city. The completion of this project, which both creates jobs and promotes a unique Parisian art de vivre around the world, is also a great source of pride for our Group in France and in Paris. Many of our Maisons were founded in Paris, where we intend to make an active contribution to economic recovery, as well as the worldwide appeal of France,” commented Bernard Arnault, Chairman and Chief Executive Officer of LVMH.

“The renaissance of the Samaritaine is a collective success that has mobilized some 3,000 people. We also feel great pride in restoring access to a historical monument that has always been at the forefront of its times and holds a special place in the hearts of Parisians,” stated Jean-Jacques Guiony, Chairman and Chief Executive Officer of the Samaritaine.

The “Voyage” space, with 1,000 square meters under the building’s iconic Art Nouveau glass roof is proposing a blend of gastronomy, art and memorable experiences.

Beyond its innovative contemporary architecture, the new Samaritaine showcases an eclectic and richly historical
heritage, from Art Nouveau to Art Déco. At the same time, the project is emblematic of the new vision of sustainable luxury championed by LVMH through its LIFE 360 environmental program. All the buildings have been certified to the most demanding environmental standards* and limit energy consumption through the use of cutting-edge materials and low-consumption lighting.

Another essential part of the Samaritaine project is Cheval Blanc Paris, the Maison’s first urban hotel (facing the Quai du Louvre), which will welcome its first guests on September 7, 2021. The interiors of its 72 rooms and suites were created by renowned American architect and designer Peter Marino. He transformed the Art Déco building overlooking the Seine into a celebration of Parisian art de vivre. 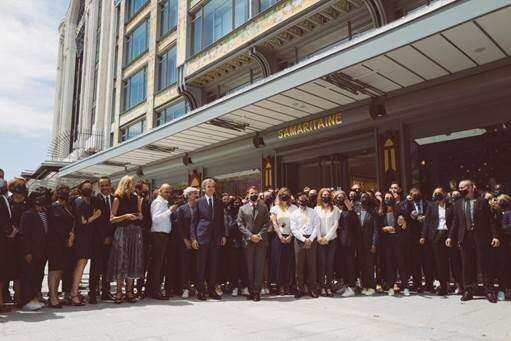 LVMH’s positive impact on the local economy is further demonstrated by close to 3,000 jobs. Each day 1,700 workers will bring to life the DFS department store.

The buildings – which meet the most demanding environmental standards – also house a nursery with space for 80
children and 96 public housing units (operated by Paris Habitat). Located between the Louvre and Les Halles, the
Samaritaine complex plays a pivotal role in the renaissance of the neighborhood, including a pedestrian square with direct access to the famous Pont Neuf bridge. 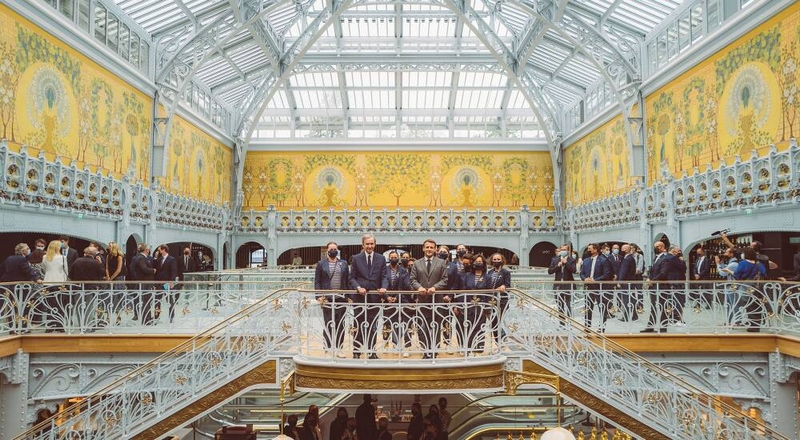 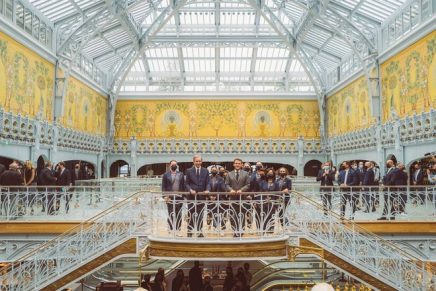 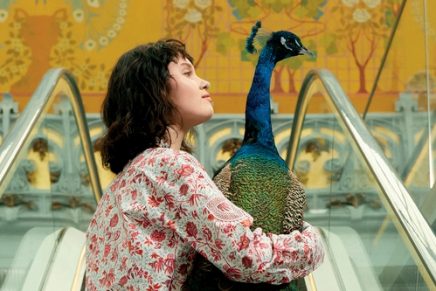 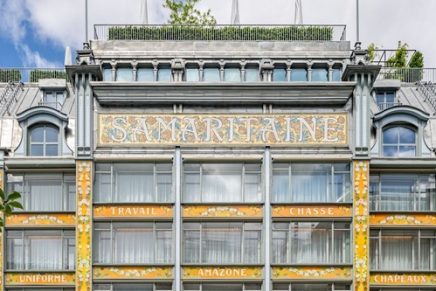 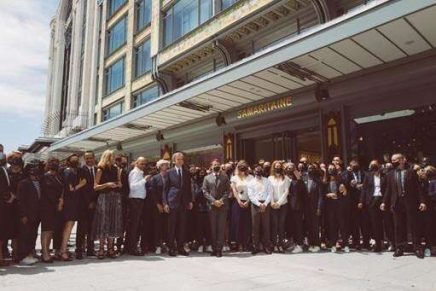 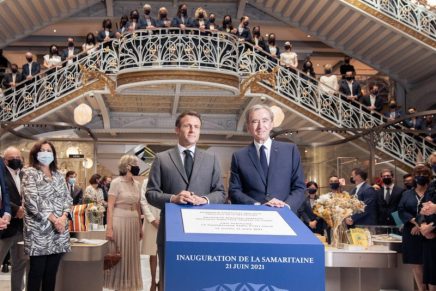