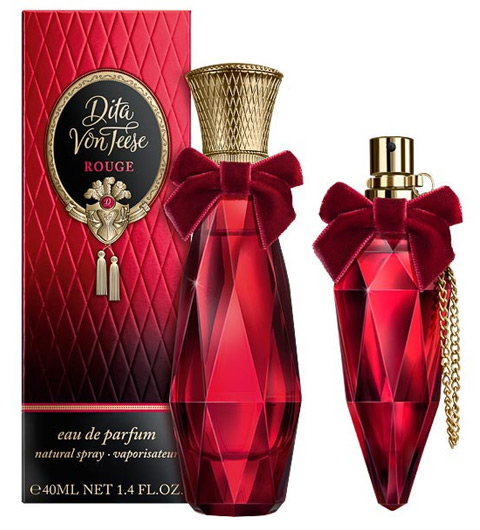 “I love the smoky smell of the Lapsang Souchong tea, which we combined with ambergris to create a voluptuous scent,” Von Teese said in a statement about Rouge.

“’Rouge’“ is the elixir of a self-assured and glamorous woman who loves to be surrounded by glamour and beauty in her day-to-day life. She understands that to be truly seductive, she creates this mood for her own pleasure, and flourishes in the art of being a woman,” this is how Dita Von Teese describes her new fragrance.

This summer, the burlesque star teamed up with Los Angeles designer vintage shop Decades to launch the Dita Von Teese Collection, a line of all-black designs.