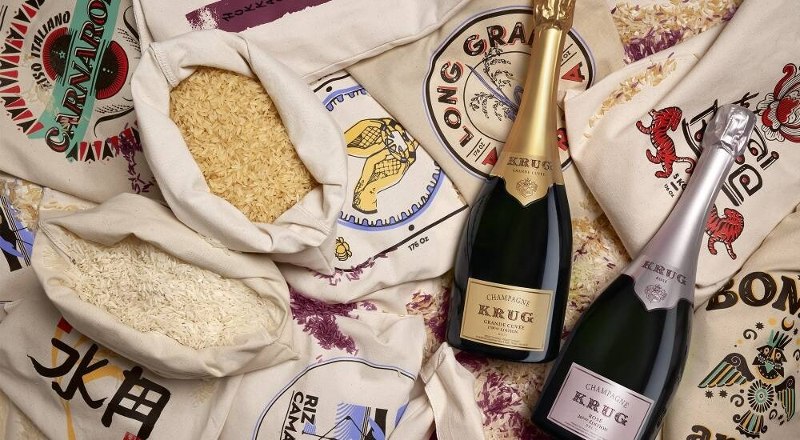 Over 25 nationalities and more than 75 Michelin stars are represented in Krug x Rice cookbook.

Much more than a collection of recipes, Rice Here, Right Now by Krug Champagne House is a compelling gastronomic journey around the world.

One plot, one wine, one ingredient. A cornerstone of Krug’s savoir-faire, individuality is the art of understanding that every plot of vines, as one wine, is in itself a single ingredient in Krug Champagnes. Each year, the House of Krug honors this philosophy by paying tribute to a humble single ingredient – such as the potato or onion – and inviting Krug Ambassade Chefs to join Cellar Master Julie Cavil on this gastronomic adventure.

For the very first time, Krug has invited its international network of Ambassades Krug chefs to participate in a gastronomic adventure by contributing recipes to a collective cookbook. Over 25 nationalities and more than 75 Michelin stars are represented in the Rice Here, Right Now cookbook, a unique opportunity to delve into the creative minds of renowned chefs including Anne-Sophie Pic, Hélène Darroze, Hiroyuki Kanda, Michael Cimarusti and Uwe Opocensky, whose delectably unexpected recipes celebrate rice. 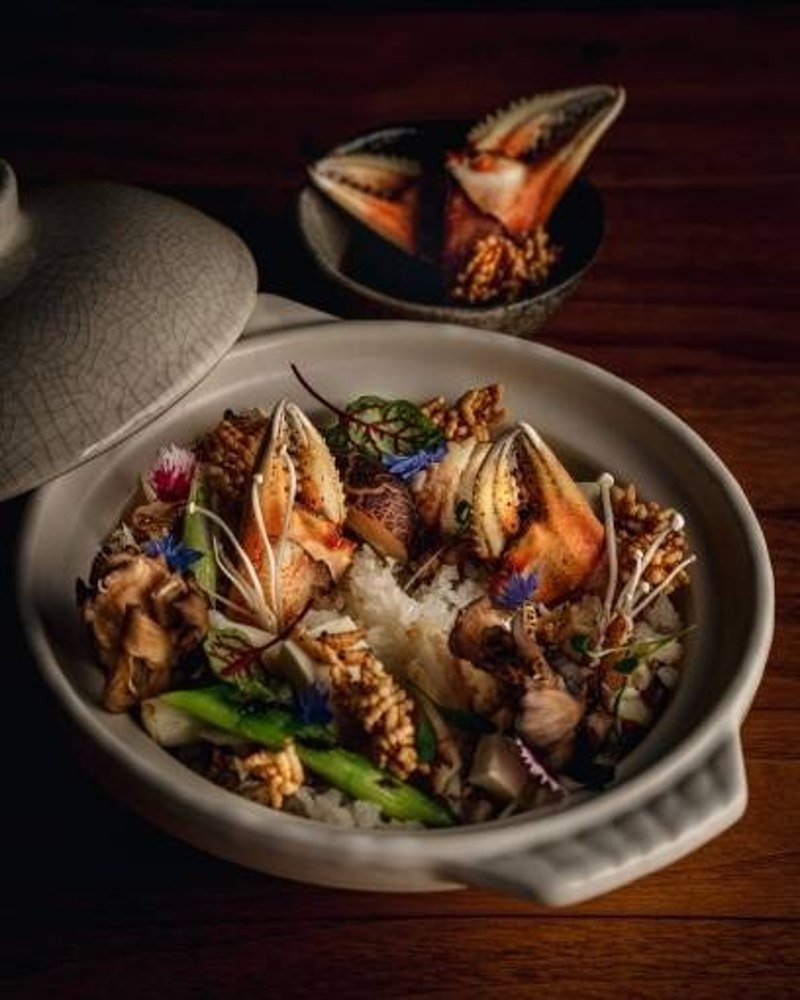 To mark the seventh anniversary of Krug x Single Ingredient, the House of Krug has launched seven Krug x Rice cooking challenges, calling on Krug Ambassade Chefs around the world to unleash their creativity by imagining unexpected and simple pairings for the 170th edition of Krug Grande Cuvée and the 26th edition of Krug Rosé. This convergence of craft and gastronomic journey around the world spans seven themes, from finger food, dishes to share and Krug Rosé pairings, to vegetarian meals, street food, music-inspired culinary creations and sweet recipes.

The chefs have drawn inspiration from their native or adopted cultures, experiences, personal preferences or simply their desire for a challenge. Their interpretations are an invitation to voyage from earth to sea, from Japan to Italy via the United States to discover the endless facets of rice through refined and inspiring recipes.

Whether Michelin-starred maestros or rising culinary artists, the chefs all put their passion, determination and creative flair into everything they d

“I work daily alongside creators – winemakers, winegrowers, Chefs, and even musicians – and I am constantly amazed not only by their skill but also by how similar we are. Just as I do with Champagne, chefs bring their creations to life by combining surprising ingredients. Champagne or rice, blend or recipe, all command diversity of taste, culture, and inspiration,” Julie Cavil says.

Krug Champagne is a Champagne house founded by Joseph Krug in 1843. It is based principally in Reims, the main city in France’s Champagne region and is one of the famous Champagne houses that formed part of the Grandes marques. Today the house is majority owned by the multinational conglomerate LVMH Moët Hennessy – Louis Vuitton S.E. whose portfolio includes other well known wine brands such as Moët & Chandon, Veuve Clicquot, Château d’Yquem and Ruinart. Despite LVMH’s majority ownership, the Krug family is still actively involved in all the key decisions of the house but does not manage the day-to-day operations. 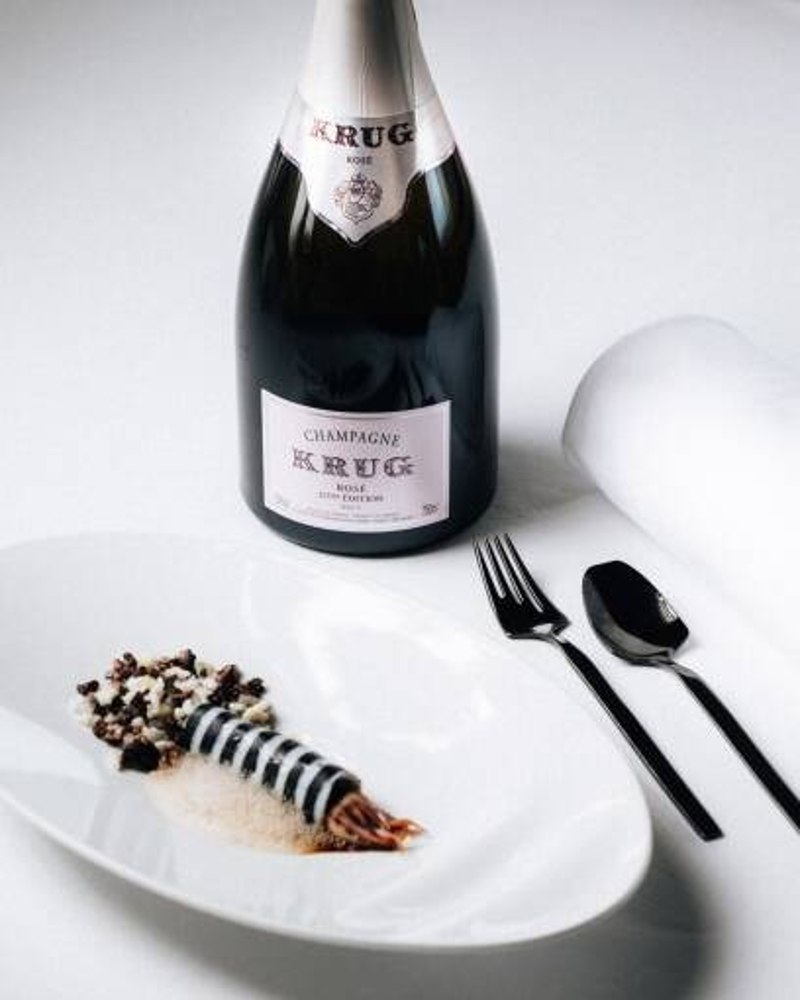 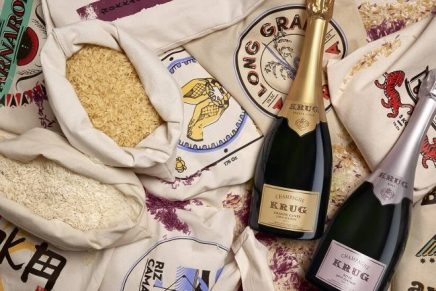 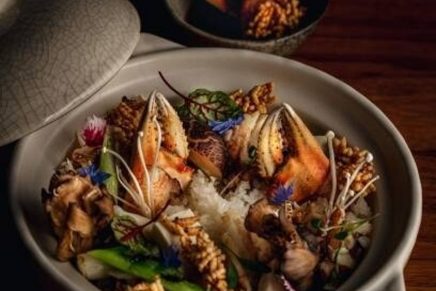 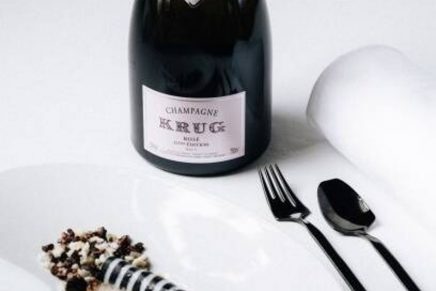