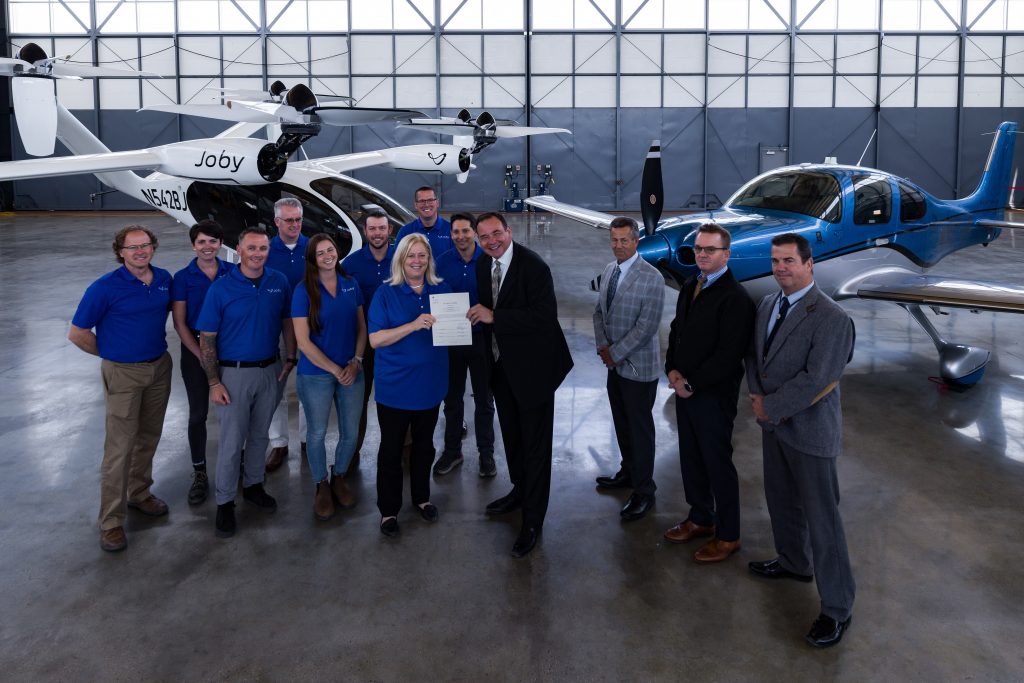 Joby will use conventional aircraft to refine systems and procedures in advance of launching eVTOL service targeted for 2024.

Joby’s all-electric aircraft is designed to transport a pilot and four passengers up to 150 miles on a single charge at speeds of up to 200 mph. Joby recently announced the results of acoustic testing with NASA, which confirmed the aircraft hit the Company’s target for low noise emissions during take-off and landing as well as overhead flight. 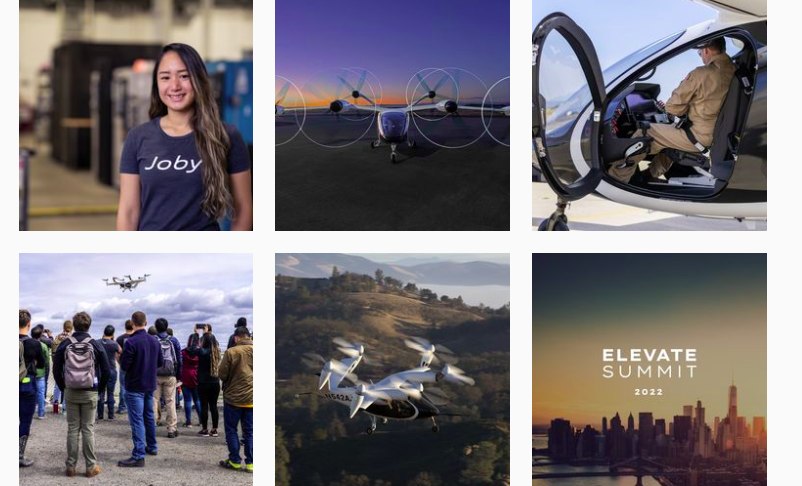 Joby received the certification ahead of schedule, with completion of the process originally expected in the second half of 2022. The five-stage process included the submission of more than 850 pages of manuals for approval and required Joby’s initial cadre of pilots to demonstrate mastery of the Company’s procedures and training under FAA observation.

The Part 135 Air Carrier Certificate is one of three FAA approvals required for Joby to operate its revolutionary electric vertical take-off and landing (eVTOL) aircraft as an air taxi service in cities and communities across the United States, alongside a Type Certificate and a Production Certificate.

Bonny Simi, Head of Air Operations and People at Joby, and one of the Company’s FAA-approved pilots, stated: “The procedures we’ve prepared lay a foundation for our future eVTOL operations. Over the coming months, we will use our Part 135 certificate to exercise the operations and customer technology platforms that will underpin our multi-modal ridesharing service, while also refining our procedures to ensure seamless journeys for our customers.”

Once Joby receives a type certificate for its eVTOL aircraft, the Company will complete the FAA review process to add the new aircraft type to its existing air carrier certificate. Pilots for the Company’s future aerial ridesharing service, expected to launch in 2024, will have the benefit of flying an environmentally-friendly aircraft on a reliable work schedule, ending each shift in their home city.

Joby previously announced a partnership with CAE, a global leader in aviation training, to develop and qualify flight simulation training devices that Joby will use to train commercially-rated pilots to fly its eVTOL aircraft. 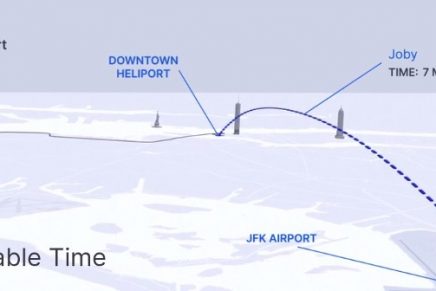 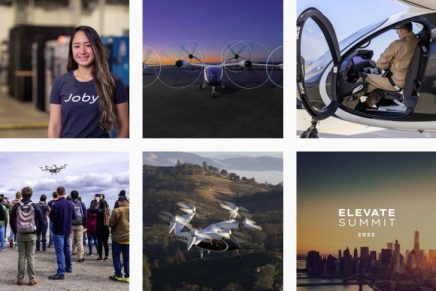 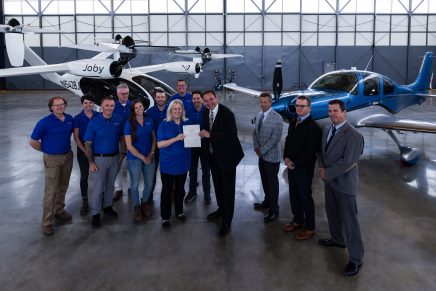