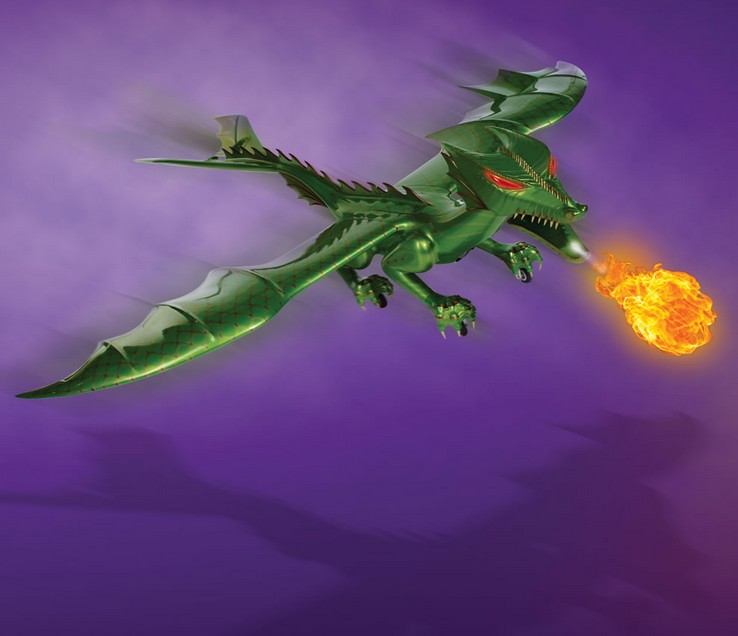 If your castle needs a near real dragon that flies, this $60,000  fire-breathing dragon soars through the air at up to 70 mph and belches propane-powered flame when on the ground. A miniature turbine engine built into the beast’s chest provides thrust that exits the rear at 500 mph, and uses 1/2 gallon of jet aircraft fuel or kerosene for 10 minute flights. The dragon’s LED eyes can be commanded to glow red while it emits a fiery 3′ blast of flame from a cleverly concealed (and flight-disabled) propane tank and igniter built into its toothy maw.

With a head that swivels in the direction of turns, the dragon, say its manufacturers, can climb and dive via wing ailerons and elevators built into its V-tail rudder, controlled with the 2.4GHz radio remote. 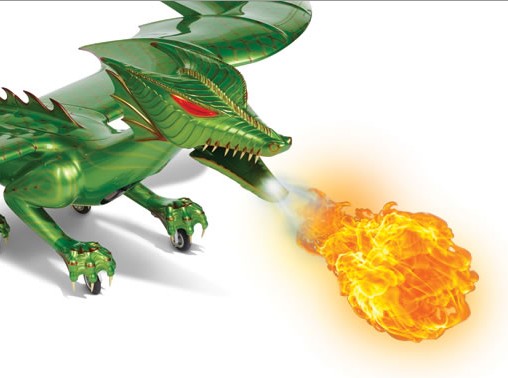 Four clawed feet each house a 3″-diam. rubber wheel for braking and steering while on the ground. Its aerodynamic outer shell is constructed from a Nomex core sandwiched between two layers of epoxy glass with internal structural formers made from high-grade plywood for lightweight and optimal flight performance.

In 2012, Disney World celebrated the brand’s Fantasyland expansion with a life-size, fire-breathing dragon. The graceful, fire-breathing creature made his grand entrance in the night skies over Magic Kingdom Park. 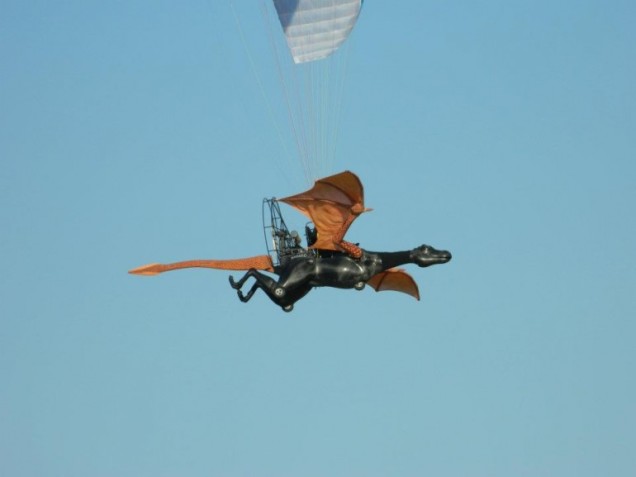