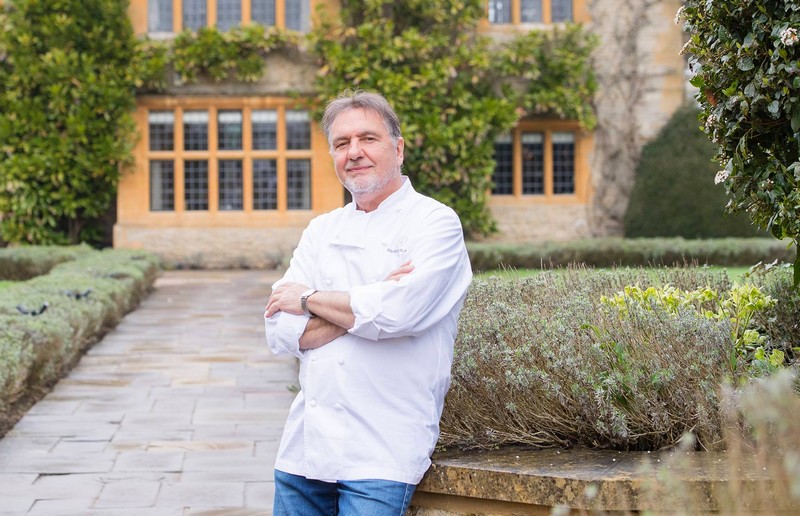 This article titled “Raymond Blanc: three books that taught me how to cook” was written by Raymond Blanc as told to Dale Berning Sawa, for The Guardian on Friday 3rd August 2018 11.00 UTC

When I first arrived in Great Britain in 1972, I didn’t know how to cook and I didn’t speak much English either. So I turned to cookbooks and learned to do both, simultaneously. Today I have so many cookbooks, but those authors that immediately spring to mind are Constance Spry, Edouard de Pomiane and Michel Guérard.

I discovered Spry while working at The Rose Revived in Newbridge, Oxfordshire. When the chef fell ill one day, I took over, armed with The Constance Spry Cookery Book, written with Rosemary Hume. I read it from cover to cover – I still have the same copy, all broken and covered in fingerprints. Spry and Hume were amazing cooks, and their recipes so instructive. The recipe for puff pastry, for example, is a perfect one, detailing exactly which butter to use, how thick it should be. Cooking from it, you felt like they held you by the hand, they explained it all so well. I loved the way they wrote, too – I like a cookbook that is more than a cookbook. And this one still has enormous relevance.

The second book to steal my heart was Edouard de Pomiane’s Cooking in 10 Minutes. De Pomiane was the most romantic writer with an extraordinarily prescient understanding of how modernity would take away the great pleasures of life – time and family and sharing – the way ground elder would take over a garden. It’s a little book that is as old as the world, but so full of beauty and joy, humour and simplicity. It inspired me to write Blanc Vite.

And then there’s Michel Guérard, who wrote La Cuisine Gourmande and La Grande Cuisine Minceur, both precursors of modern gastronomy. Michel, though a classical chef, is completely modern, ahead of his time. The fundamental elements of his approach are seasonality, purity and nobility of the ingredients, provenance, creativity – and always, always authenticity. It’s about making modern classics.

In La Cuisine Gourmande, Michel does a hot apple tart that epitomises his style of cuisine – light, lyrical, beautiful and a showcase for excellent produce. We still make it in the Brasserie Blanc.

You can use shop-bought puff pastry for this – just roll it out to thin it by a millimetre or two (never put your roller directly on the pastry; always roll it out between two sheets of baking parchment); then cut it to fit your tart tin. Using the sharp end of a knife, trace a circle 4-5mm from the edge, so that the pastry will rise and keep in all the juices, then put the pastry in its tin in the fridge.

Slice eight apples very thinly and arrange them over the pastry in a rose pattern – Guérard uses golden delicious, not realising the damage the variety would wreak on British orchards; I would substitute them with braeburn or James Grieve.

Heat the oven to 220C/425F/gas 7. Then make a calvados butter sauce: melt 20g butter with a dash of calvados, a squeeze of lemon, 20g sugar and a pinch of black pepper to lift the flavour, and pour it over the apples. Bake until the pastry is crisp: 20-30 minutes.