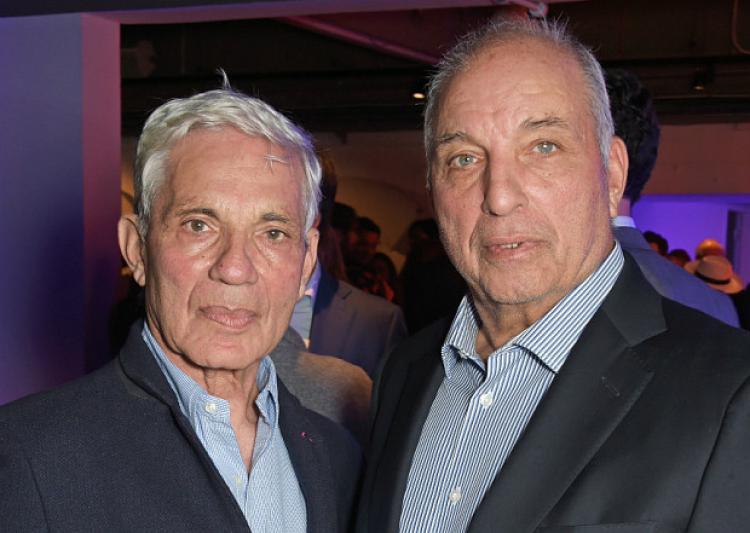 The number of billionaires living in Britain has risen at its slowest pace since the financial crisis after some of the country’s richest people saw their fortunes plummet over the past year.

Those who built their wealth on commodities such as oil and steel suffered multi-billion pound falls as rock-bottom prices ate into their personal assets.

But there were big rises for property tycoons, including the latest table-toppers, the Reuben brothers, while the list was gatecrashed by new entrants such as Formula One world champion Lewis Hamilton and Sacha Baron-Cohen, the comedian and actor behind Ali G and Borat.

Sibling property investors David and Simon Reuben, who made their first fortune purchasing Russian aluminium before buying up large tracts of London’s landmark buildings, reached the summit of the annual Sunday Times rich list of Britain’s 1,000 wealthiest people with a combined fortune of £13.1bn, after climbing four places in a year.

While the combined worth of Britain’s billionaires grew by nearly 6% to £344bn, Blavatnik’s fate was mirrored by a host of ultra-wealthy business people.

Steel magnate Lakshmi Mittal and family, who in 2008 boasted a £27.7bn fortune that outstripped any in British history, saw his wealth decline by £2bn last year to £7.1bn.

Mittal’s wealth was affected by the ongoing crisis in the steel industry, which has claimed more than 5,000 jobs in Britain alone over the past year.

The Chelsea FC owner, Roman Abramovich, who made his fortune through his Russian oil business Sibneft, witnessed his worth fall by £890m to £6.4bn.

The Sports Direct and Newcastle United owner, Mike Ashley, who has been rocked by a Guardian investigation into working conditions in his retail empire, was among the biggest losers, as his personal pot shrank by £1.1bn to £2.4bn.

Fellow retail tycoon Sir Philip Green suffered a £280m decline to £3.2bn after a year in which he sold the BHS high street chain for £1, only to watch it plummet towards an administration process likely to begin on Monday.

Hefty losses among some of Britain’s richest people meant that the number of billionaires in the UK increased by just three to 120, the slowest rate of growth since the financial crisis, when their ranks dwindled from 75 to 43 in 2009.

And while London remains the world’s preferred playground for billionaires, boasting more than any other city, there were three fewer than last year at 77.

The annual list of Britain’s ultra-wealthy also boasted some spectacular rises, such as that of Sir James Dyson, the inventor famed for his bagless vacuum cleaner, among other creations. His household goods and technology business reported profits of £448m last year, with salaries and dividends boosting the Dyson family’s wealth by £1.5bn to £5bn.

Perhaps the most remarkable rise was staged by the little-known brothers Mohsin and Zuber Issa, who were leasing a single dilapidated garage in Bury just 15 years ago. The pair have since built an empire worth £700m by buying and renovating service stations to create a 341-strong chain of Euro Garages. They soared 473 places to 164th as their fortune increased by £550m to £700m.

Britain’s richest woman is Kirsty Bertarelli, the former Miss UK and would-be pop star who, with her husband, the pharmaceutical billionaire Ernesto Bertarelli, has a combined worth £9.8bn, making them the richest husband and wife team.

The wealthiest self-made businesswoman in the UK is Denise Coates, who built the Bet365 business with her family, amassing a combined worth of nearly £3.8bn.

The Queen, who celebrated her 90th birthday last week, saw her wealth remain flat at £340m but dropped 17 places in the list to equal 319th.

New entries included Baron-Cohen, who made his name with his Ali G character and this year released Grimsby, his first film in a decade. Together with his wife, the former soap opera star Isla Fisher, the 44-year-old is worth £105m, putting him 936th in Britain.

Lewis Hamilton was another new entry and Britain’s richest sportsman with a fortune of £106m.

Pop star Adele saw her personal worth soar by £35m to £85m, while there was no surprise that the wealthiest band were One Direction, worth a combined £132m.

Overall, the 1,000 wealthiest people in Britain are worth a combined £576bn, an increase of £28.5bn on last year, which equality campaigners said amounted to an increase of £901 every second.

The Equality Trust pointed out that the wealth of the richest 1,000 was the same as that owned by the poorest 40% in the UK.

They said the increase in the worth of rich list members could have paid for everyone in Britain’s council tax, a year’s rent for 3m households or 1.8m jobs on the living wage.

“The level of inequality in the UK is both completely unjustifiable and hugely damaging for society,” said John Hood, acting director.

“A wealth of evidence now shows us that living in a more unequal country means you’re more likely to suffer from poor mental and physical health, have poorer education, trust people less, be the victim of violent crime and even die earlier. It’s not good enough for politicians to repeatedly fail to act on this.”

Many of the rich list members chose to use their wealth to fund the Conservative party, with only eight out of the top 50 political donors spurning the Tories.

But the Conservatives were denied the two biggest political donations, with the media mogul Richard Desmond handing £1m to Ukip and EuroMillions lottery winners Colin and Chris Weir giving £1m of their £153m winnings to the Scottish National party during the year.