The Porsche market continues to establish its own baseline as new Porsche enthusiasts have joined seasoned collectors to take part in bidding on rare and unique examples consigned to RM Sotheby’s first single-marque Porsche auction. 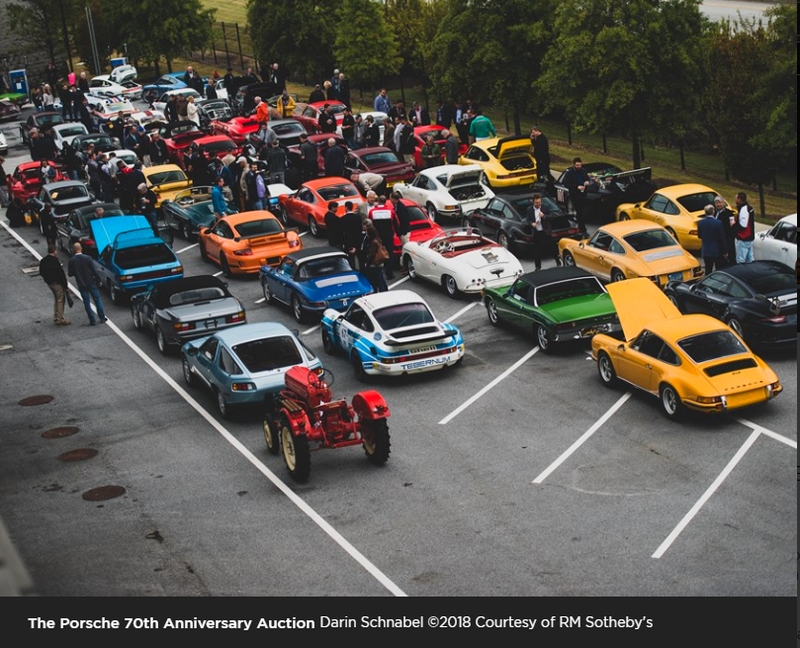 After a total of 37 bids and ten minutes, the main prize for Porsche collectors was ready to go: This Saturday saw the “911 Turbo Classic Series” auctioned off at the Porsche Experience Centre Atlanta (USA) as part of the “RM Sotheby’s – The Porsche 70th Anniversary Auction 2018” event.

This car – based on an original 993 body shell – was sold for a total price of EUR 2.743.500. The one-off piece created by Porsche Classic is already considered a highly sought-after collectors’ item. The net proceeds of EUR 2.589.027 will go directly to the not-for-profit Ferry Porsche Foundation, which was set up this year to mark the brand’s anniversary, “70 years of Porsche sports cars”.

Porsche Classic has also created two “Project Gold”-inspired genuine parts as a special treat for all 993 owners. Porsche customers can opt to upgrade their vehicles with a new aluminium tank cap (available for all 911 models from the years 1980 to 1998) and a black tail pipe. 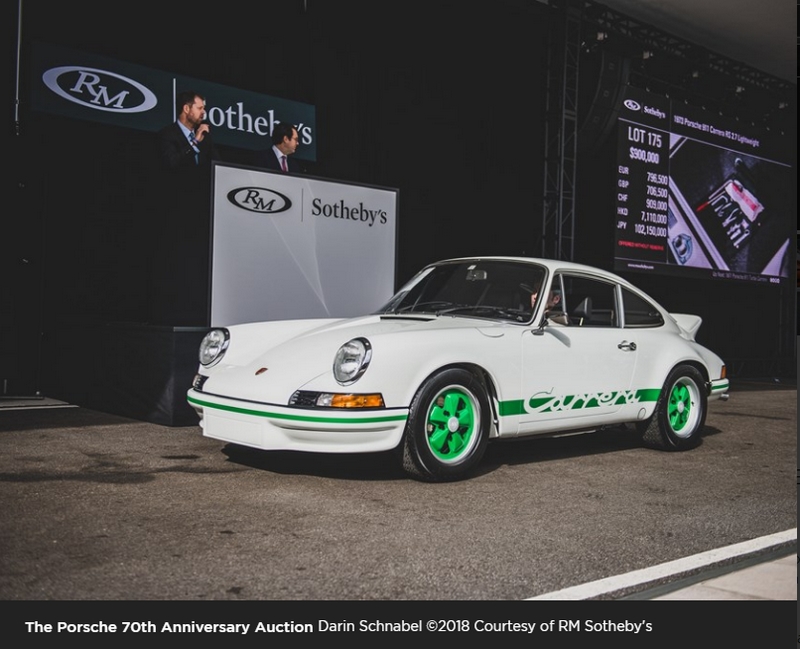 A total of 51 classic and new vehicles went under the hammer during the Porsche cars auction.

The Estimate for the unique 911 Turbo Classic Series was EUR 154.473 equivalent to the retail price for a 911 Turbo S from 1998. The story behind the “Project Gold” model is as unusual as the design itself: Painted in Golden Yellow Metallic, it references the 2018 911 Turbo S Exclusive Series. The black wheels are highlighted by Golden Yellow design accents, while the seats and interior trim are finished in black with Golden Yellow details. The bodyshell features the characteristic side air intakes of the 993 type 911 Turbo S. The 331 kW (450 hp) Classic Series celebrated its world premiere at the Porsche Rennsport Reunion in Laguna Seca (USA) on September 27, 2018.

The net proceeds of EUR 2.589.027 will go directly to the not-for-profit Ferry Porsche Foundation. The foundation – named after the brand’s founder, Ferry Porsche – focuses primarily on the homes of its Stuttgart and Leipzig factories. It also supports projects at the brand’s international sites. The foundation supports work in the fields of education, research, sport, culture and social affairs. In the future, the foundation is also planning to focus more on its own range of projects.

The offering of 63 of the world’s most important and most sought-after, privately owned Porsche models was led by a 1985 Porsche 959 Paris-Dakar, one of just three built to contest the 1985 Paris-Dakar Rally as a Works entry and the very first example ever offered at auction. One of seven developmental cars, four of which are retained by Porsche, chassis no. 010015 was piloted by three-time Paris-Dakar winner René Metge, representing Porsche in the most grueling rally of all time. After a sustained competition between several bidders in the room and on the phone, the 959 sold for a final $5,945,000, nearly doubling its high estimate (Estimate: $3,000,000–$3,400,000).

Additional motor car highlights included the 1958 Porsche 356 A 1600 ‘Super’ Speedster, which, after having emerged from storage since 1983, was recently returned to driving condition and would be the ideal restoration project. The wonderfully distressed Speedster was offered without reserve, soaring past its high estimate to bring a final $307,500 after tremendous interest (Estimate: $125,000–$150,000). 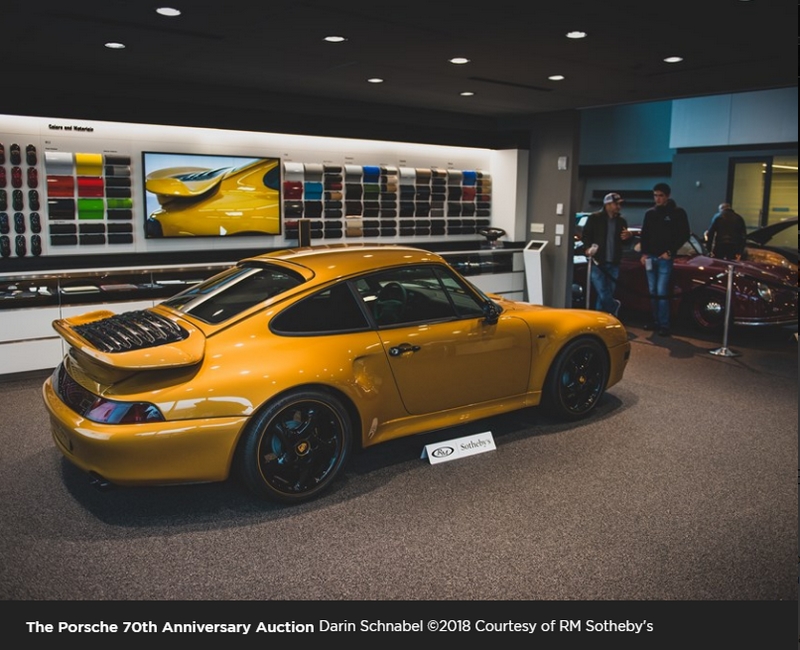 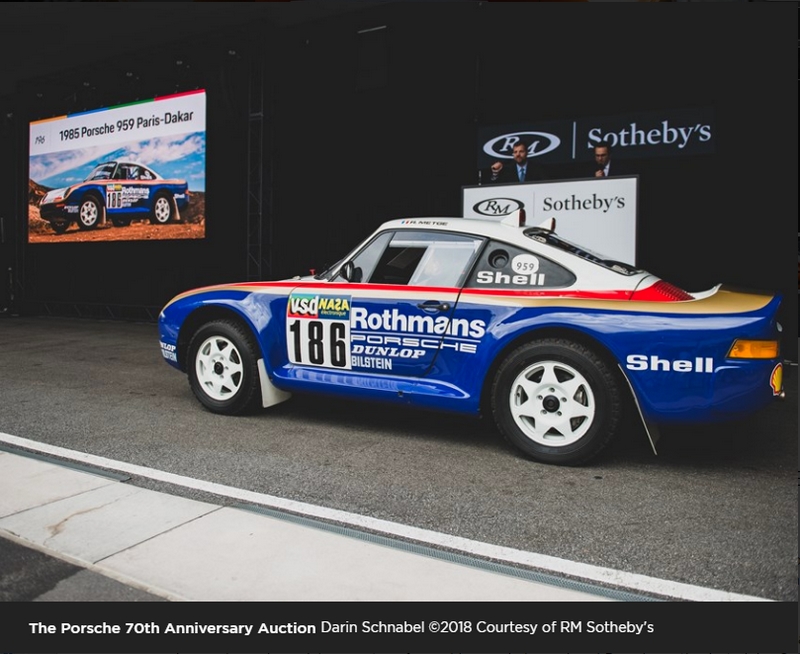 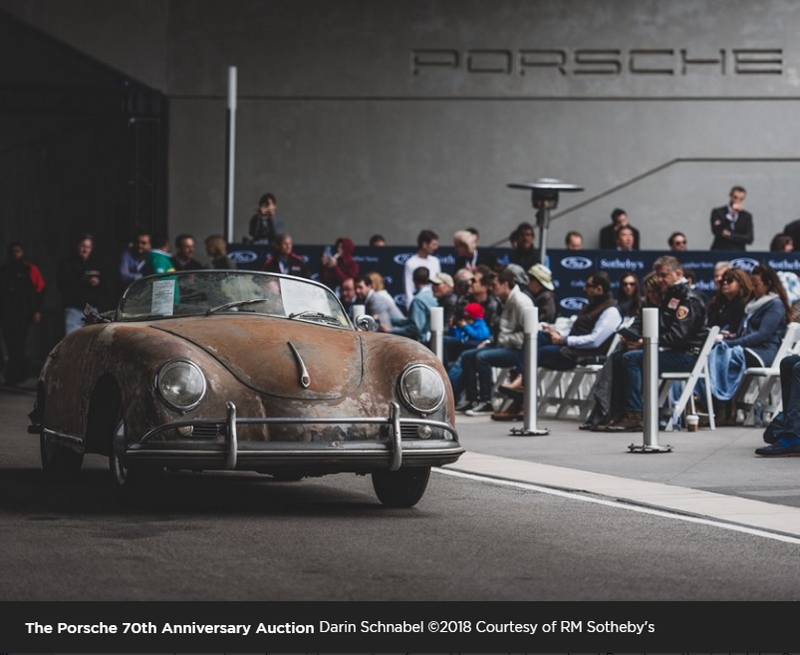 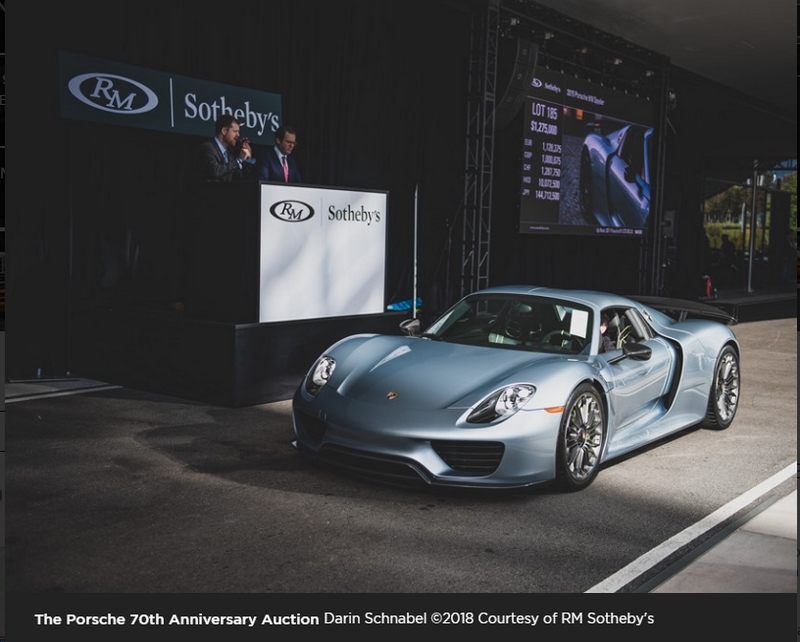 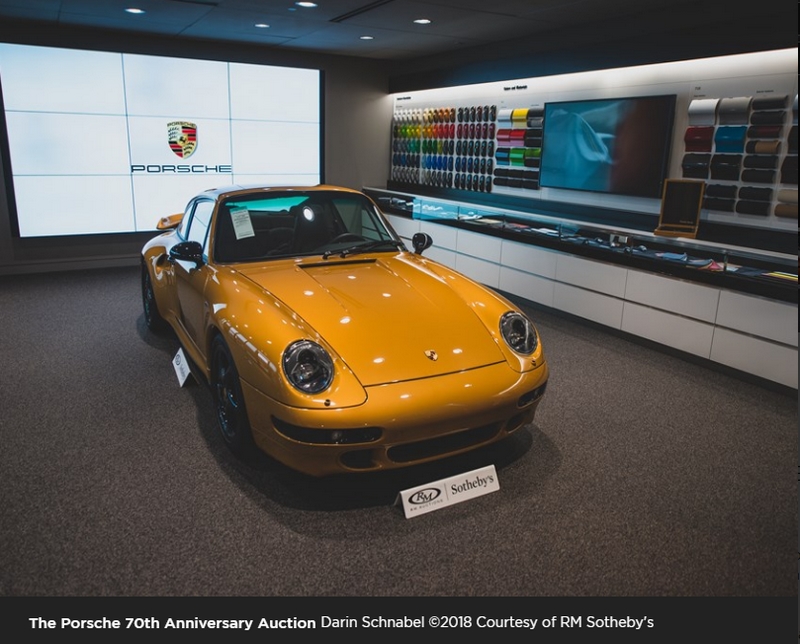 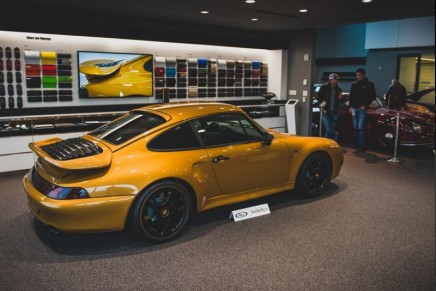 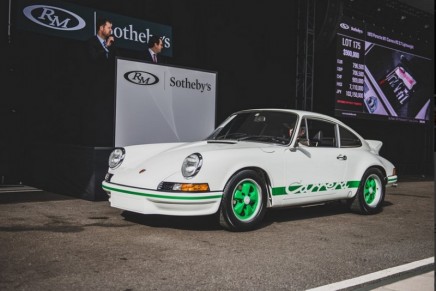 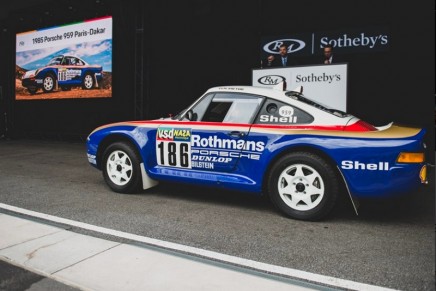 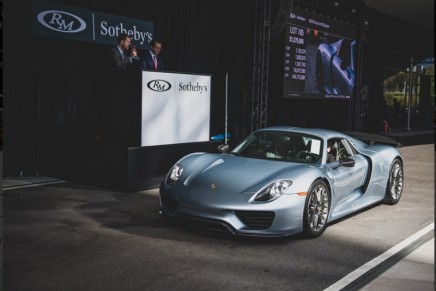 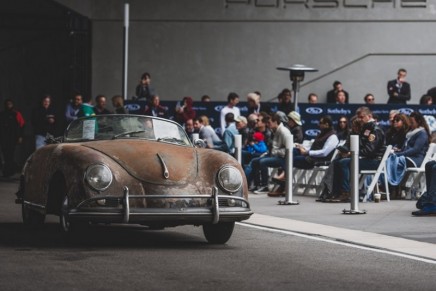 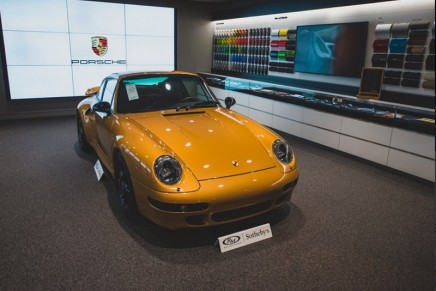 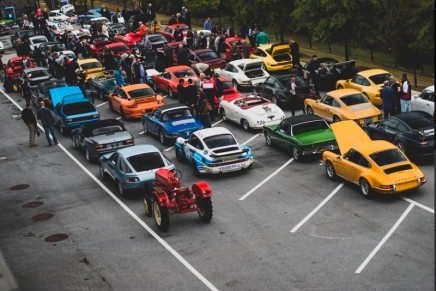