Porsche replaces Cayenne S E-Hybrid with the 2019 Porsche Cayenne E-Hybrid which will be available in early 2019 with a starting MSRP of $79,900. The new model offers quicker acceleration, more power, a faster top speed, and increased electric-only range.The 3.0L mono-turbo V6 and electric motor create 455 hp, 516 lb-ft of torque, while the 14.1 kWh lithium ion battery pack offers up to 44 kilometers of EV range (NEDC). 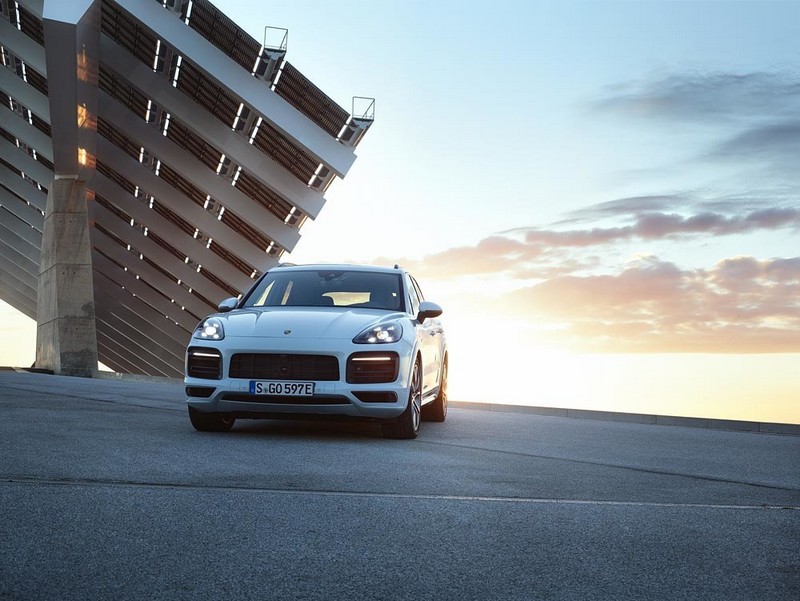 Aesthetic changes specific to the Cayenne E-Hybrid are aligned with other current Porsche plug-in hybrid models. The visual distinctions are Acid Green brake calipers and matching outlines around all of the badges.

The latest Porsche “E-performance” model adopts the same hybrid boost strategy as the 918 Spyder super sports car. By leveraging the instantaneous torque of the electric motor and the power of a turbocharged V6 gasoline engine, the Cayenne E-Hybrid has an especially broad power band that improves its acceleration capability. In addition to enhanced performance, the new 2019 Cayenne E-Hybrid also adds the Sport Chrono Package, Porsche Active Suspension Management (PASM), and Auxiliary Cabin Conditioning to its list of standard equipment.

In conjunction with the launch of the 2019 Cayenne E-Hybrid, Porsche will also introduce several new features to the broader Cayenne model line. They include massaging seats, a heated windshield, a head-up display, and for the first time in any Porsche, 22-inch wheels. 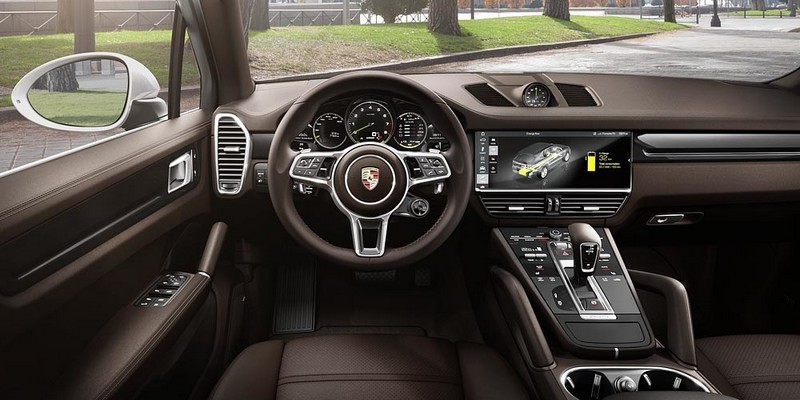 Battery power: plugging in and taking off

Power is stored in a 14.1 kWh battery pack housed in the rear of the chassis beneath the load floor. While running on electricity alone, the Cayenne E-Hybrid can travel up to 83 miles per hour and up to 44 kilometers (NEDC). EPA fuel economy figures and electric range are unannounced at this time.

Battery capacity of the Cayenne E-Hybrid increases by roughly 30 percent to 14.1 kWh when compared to the preceding model. The liquid-cooled battery consists of eight modules with 13 prismatic lithium ion cells each. The packaging size of this battery pack is the same as the battery used in the previous Cayenne S E-Hybrid, but it has improved energy density.

Using a 230-volt, 32 amp connection and the optional 7.2 kW onboard charger, it is possible to recharge a fully depleted battery in 2.3 hours. Using a 230-volt connection with 10 amps and the standard 3.6 kW on-board charger, replenishing a fully depleted battery requires 7.8 hours. In both cases, the recharging process is quicker with the new Cayenne E-Hybrid than in prior models. 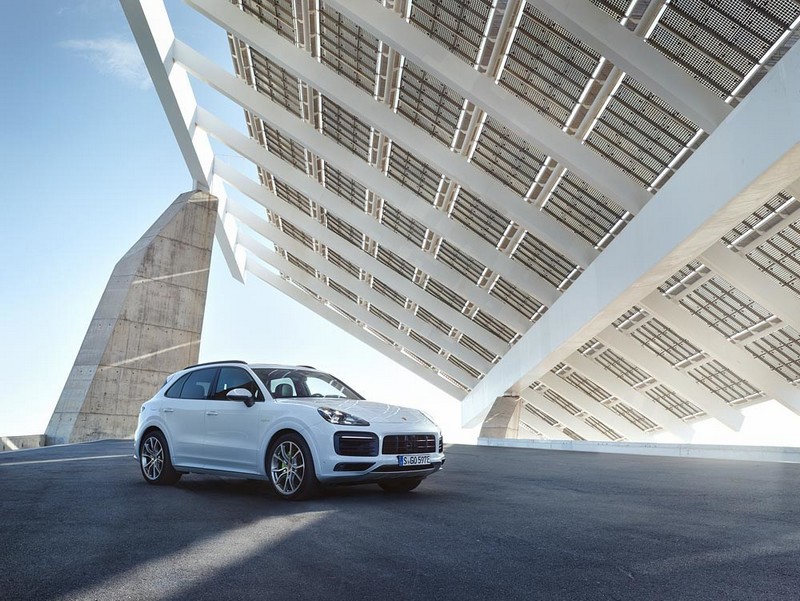 As with other Porsche E-performance models, the Cayenne E-Hybrid shares a boost strategy with the 918 Spyder. By offering a wide range of drive modes, the powertrain is able to meet a wide range of specific needs ranging from all-electric motoring to high performance driving.

The Sport Chrono Package, including a mode switch integrated into the steering wheel, forms part of the standard equipment on the Cayenne E-Hybrid. The mode switch and the Porsche Communication Management system are used to select the various driving modes. These include the familiar “Sport” and “Sport Plus” modes from the other Cayenne models equipped with the Sport Chrono Package, while the Cayenne E-Hybrid also adds four hybrid- specific modes: “E-Power”, “Hybrid Auto”, “E-Hold” and “E-Charge” (the gasoline engine generates more power than is needed to move the car).

Starting with the 2019 Cayenne E-Hybrid, Porsche InnoDrive will also be available. As a step beyond adaptive cruise control, this system combines already existent traffic sensing systems with onboard map data. The result is a vehicle that can “look” 1.8 miles ahead to select gearing intelligently, and that can compute when best to coast and the best balance between the gasoline and electric portions of the powertrain based on upcoming corners and changes in grade. The system is also capable of recognizing speed limits and adjusting vehicle velocity in cases where temporary speed restrictions are in place. 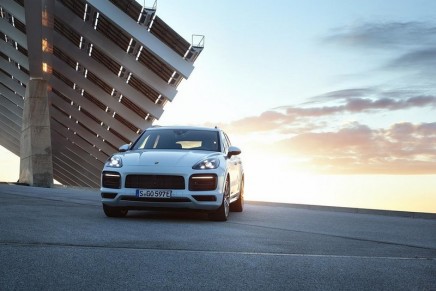 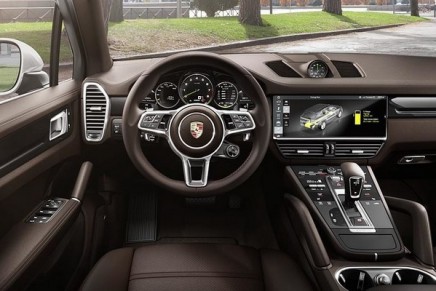 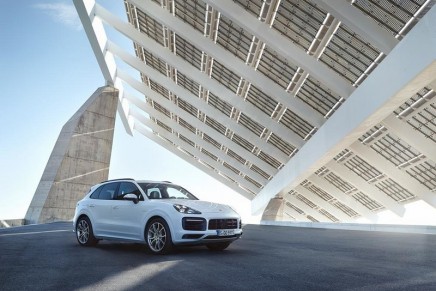 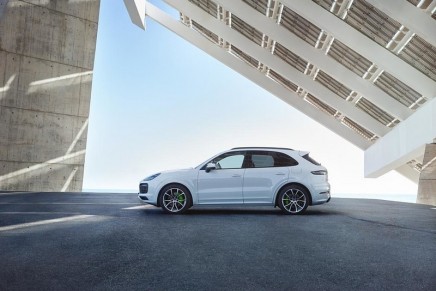 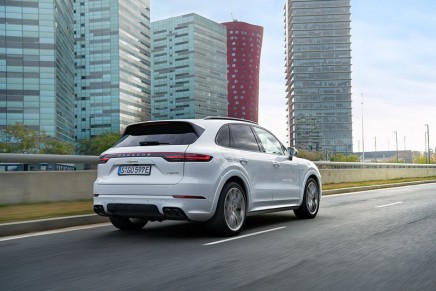