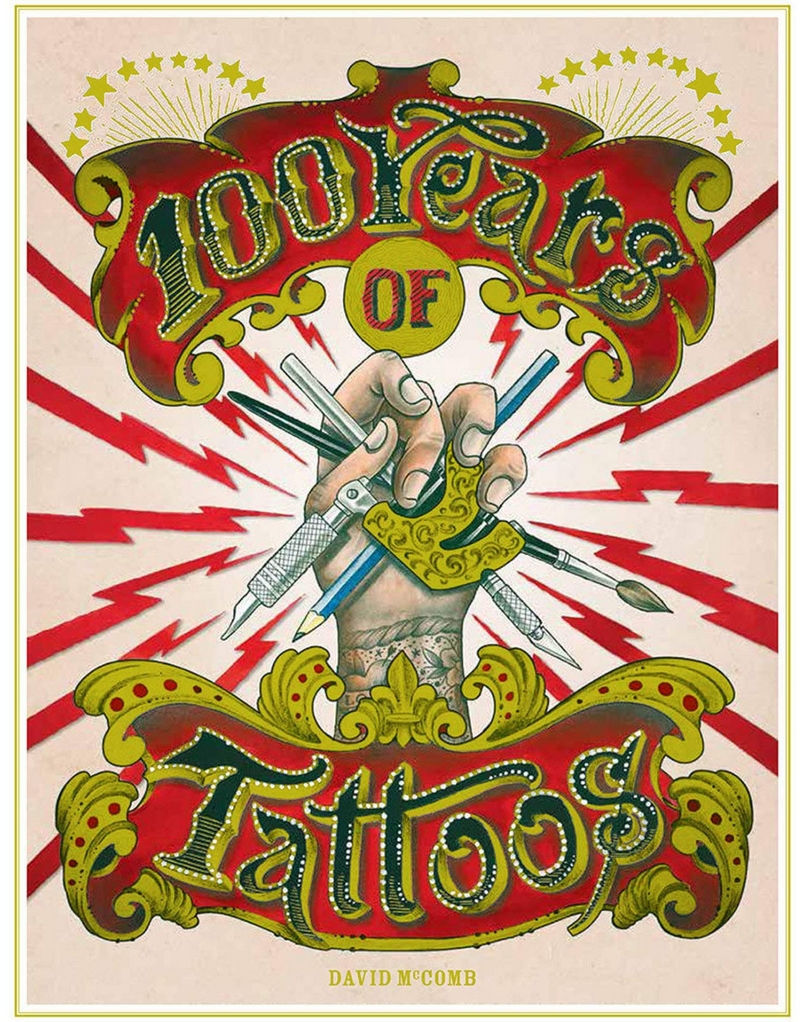 This article titled “How tattoos went from subculture to pop culture” was written by Frances Perraudin, for The Guardian on Friday 26th October 2018 11.15 UTC

When Nathan Boon started working as a tattoo artist about 10 years ago, tattoo parlours could be found in back alleys or on the outskirts of town. Over the years, as trends have moved from tribal designs on the lower back to geometric designs on the sternum, he has seen more shops open up in central business districts. “When I first started, you had to go and find someone to tattoo you. Now it’s in your face,” he said.

The Manchester Tattoo Emporium, where he works, is in the city’s most central shopping area. On a weekday afternoon business is booming in the studio, which opened four years ago. The company has three other studios – the first of which opened six years ago and the newest one a year ago. “There are more kids now than ever who have tattoos,” said Boon. “It’s not a taboo thing any more.”

Earlier this week the Chelsea and England footballer Ross Barkley spoke publicly about his decision to remove a whole sleeve of tattoos, including one that marked his first game with his previous club, Everton.

“I got them at a young age and sometimes when you are young you do stupid things and do not think about it,” the 24-year-old midfielder told the Times. “But I went into it too quick and over the years I felt I wanted to get them removed.” He said he would not rule out getting more tattoos in the future.

After being shown a picture of Barkley’s tattooed arm, Boon said he was not surprised by the decision. “I can see why he’s taken them off because it’s a whole bunch of different styles that don’t really go together. He was probably in a rush to get tattooed,” he said. “If you get tattoos for the sake of getting them, you can regret them a few years down the line.”

It is hard to find a modern pop star without a tattoo. Justin Bieber got his first one aged 16 and now, aged 24, has an estimated 56, including one of his ex-girlfriend Selena Gomez’s face on his wrist and a tiny cross next to his eye. Rihanna, 30, is thought to have at least 25, with a henna-style design on her hand and the image of Queen Nefertiti on her ribcage. Ed Sheeran, 27, got his first tattoo aged 18 and now has over 60. More recent additions include a large lion’s face on his chest and a Heinz ketchup label on his arm.

“If more people are getting tattoos then there will be a market for more removal,” said Boon, who attributes the rise in popularity to the influence of celebrities and social media. “I say to my clients all the time, be careful of the choices you make because what I liked when I was 20 is not what I like now.”

Chris Bull, the marketing director at Sk:n, which has 51 skin clinics in the UK, says demand for laser tattoo removal has increased significantly over the past five years. “I would argue that it is because tattoos are becoming more popular so people are choosing to change them or adapt them over time,” he said.

Tattoo removal technology is improving and becoming more widely available, said Bull. An increasing number of tattoo studios have their own laser removal equipment so people are able to amend their body art more easily. In a survey of Sk:n’s clients, 14% said they were getting tattoos removed to replace them with others, while 61% said it was because they simply did not like them any more.

David McComb, the author of 100 Years of Tattoos, said: “Tattoos have always gone in and out of fashion throughout history. The best example is that back in the early 1900s there was a craze in high society for tattoos. Famously, Winston Churchill’s mother had a snake tattooed around her wrist. Literally, within about five years it had gone completely out of fashion again.

“Whereas my generation would think about it for a long time, young people don’t think twice about going to get a tattoo,. They have a more relaxed attitude towards body art and, if they don’t like it in a few years, they’ll just get something else to cover it up.”

McComb believes the current level of popularity is unlikely to last. “If I had tonnes of money I’d certainly invest in a tattoo removal machine,” he said. “I think it’s something that’s going to become very, very popular over the next few years.”