The new & pre-owned business aviation will continue to grow in size and scale. Market forecast

The new & pre-owned business aviation will continue to grow in size and scale, hitting nearly $30bn per year in revenue by 2023, according to a new market forecast released by business aircraft sales and acquisitions specialist Jetcraft. The 5-Year New & Pre-Owned Business Aviation Market Forecast is the first of its kind to predict both new and pre-
owned aircraft transactions. 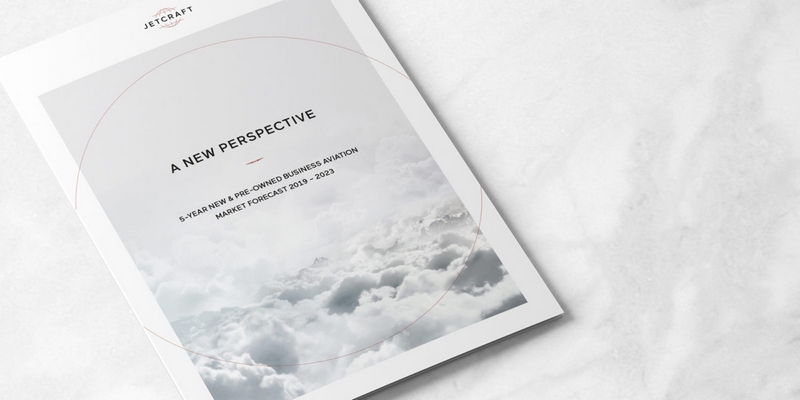 The new forecast anticipates 11,765 pre-owned transactions over the next five years, equating to $61bn in value, and 3,444 new deliveries, representing $90.5bn. By 2023 it is expected that industry value will reach nearly $30bn per annum. These are truly impressive figures.

“New aircraft unit deliveries are predicted to stay flat throughout the forecast period while generating higher revenues, due to the increase in large aircraft transactions. Meanwhile, the pre-owned market is forecast to grow at a proportionally faster rate than new,” said Jahid Fazal-Karim, Owner and Chairman of the Board at Jetcraft.

Pre-owned business aircraft transactions are expected to outpace those of new deliveries four to one by 2023, according to Jetcraft’s forecast.

“Buyers who in the past exclusively bought new aircraft are now more willing to consider pre-owned if it suits their mission, partly due to better opportunities for aircraft refurbishment and increasing MRO capabilities,” said Fazal-Karim.

Jetcraft’s forecast also maintains the clear shift towards large aircraft, both in pre-owned and new unit deliveries and highlights that the average retirement age of a business aircraft is 32.

“Our new forecast better reflects the current aircraft ownership experience and provides a more focused view of the industry. We are set for a dynamic five years, both in pre-owned and new aircraft transactions and I look forward to Jetcraft playing its part,” added Fazal-Karim. 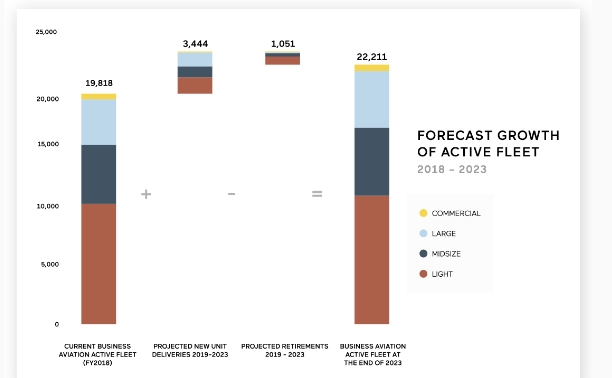 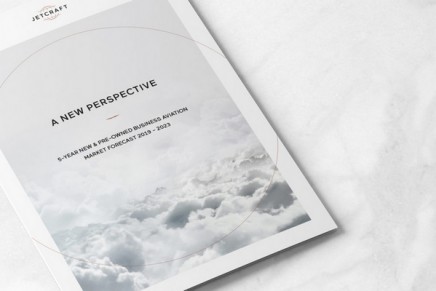 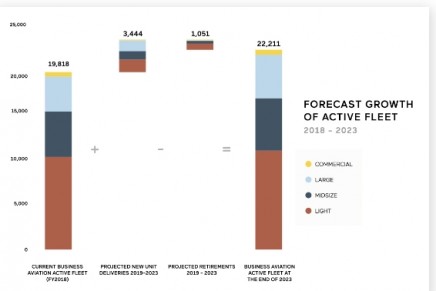