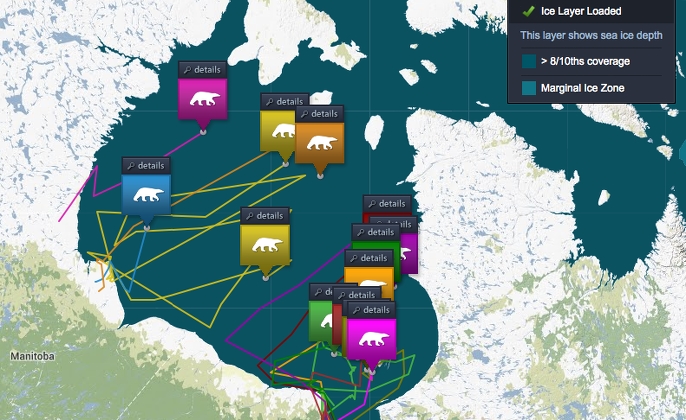 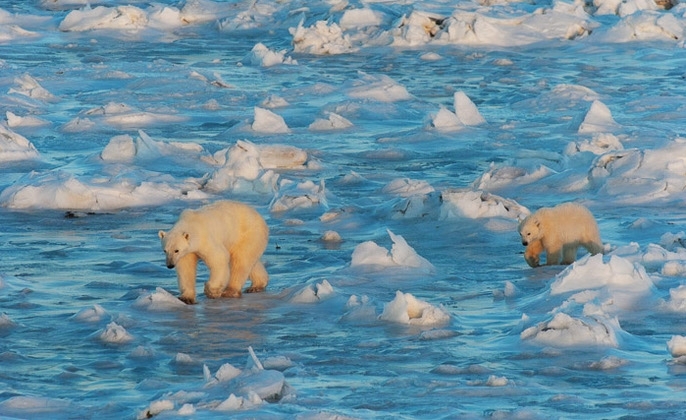 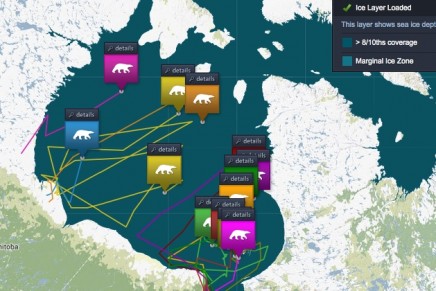 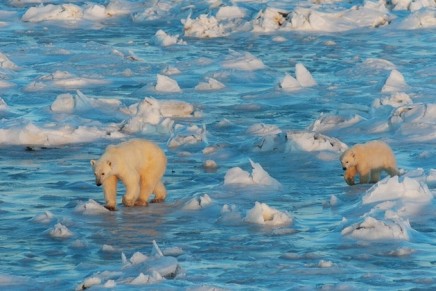 This article titled “Polar bears face starvation as unlikely to adapt to a land-based diet, says report” was written by Karl Mathiesen, for theguardian.com on Wednesday 1st April 2015 17.00 UTC

Polar bears face starvation as their frozen habitat shrinks because they will not adapt to land-based foods, according to new research.

As the sea ice around the Arctic declines, scientists have theorised that the great bears may adapt to forage and hunt on land. But in a report published in the journal Frontiers in Ecology on Wednesday, scientists from the US Geological Survey (USGS) said it was doubtful polar bears could find salvation in the caribou, goose eggs and berries of the north.

“Current evidence suggests it is unlikely terrestrial foods can make up for the calories polar bears lose out on in places where they are staying onshore longer than they have in the past,” said study author Karyn Rode, a wildlife biologist at the USGS. “In western Hudson Bay, during years when polar bears spend more time onshore and the ice-free period is longest, survival rates are lowest despite observed terrestrial feeding.”

Polar bears have evolved to survive on the energy-rich, fatty flesh of seals. In the regions around the ice edges, they naturally spend the summer months on land. Because the species of seal they target don’t haul out on land, polar bears survive the winter mostly on their stored fat. With the shrinking ice – which reached a record low winter extent this year – these onshore stints have been getting longer. While polar bears have been observed feeding on land since the 1400s, some observations suggest the behaviour is becoming more common.

Scientists have been uncertain whether land-based food could act as a substitute for their rich winter diet. But Rode says there is little evidence to show they can adapt.

Polar bears forced off the ice have to compete with their cousins, the brown bears. Polar bears are often twice the size of brown bears and therefore need more energy to survive. In a region of sparse resources, already inhabited by a direct competitor, the study said, polar bears will struggle.

The study also looks at the devastating knock-on effect the bears onshore migration could have on other species. It notes that all the goose eggs in Canada’s Hudson Bay, could maintain the 900 local polar bears for just a day and a half. This would have a “catastrophic effect on bird populations”, said the authors.

Steven Amstrup, chief scientist at Polar Bears International, said the research supported his previous findings that “as the sea ice goes, so goes the polar bear”.

“We generally expect to lose two-thirds of the world’s bears by midcentury and possibly the rest by the end of the century if we don’t mitigate the rise in greenhouse gases.”

Amstrup said increasing sightings of polar bears eating food on land did not prove they were successfully adapting to an iceless north.

“If substantial numbers of polar bears were actually benefiting from terrestrial foods, we would expect to see these declining trends reverse or at least stabilise. But we are not.”