Pirelli 42 – a 13.10-meter long walkaround with a sporty look and sophisticated detailing.

Tecnorib‘s Pirelli 42 is the first model in a new range targeted at owners in search of the perfect balance between elegance and adrenaline, and the Tecnorib shipyard will soon be launching a larger version too.

The German boat show boot 2020 proved to be the ideal location for the world debut of the latest model from Tecnorib.

The success of Pirelli 42 has far exceeded the builder’s expectations. After the official presentation of the scale model in Portofino several months ago the Milan-based shipyard Technorib was contacted by numerous owners.

“Even before its launch and official debut, we have allocated 90% of this year production. Then at boot, our walkaround continued to attract a surprising level of approval and interest, from both the public and the media, as was confirmed by the sizeable attendance at the official presentation,” shared Gianni De Bonis, Tecnorib Managing Director, after the launch of the new model.

“When designing Pirelli 42 I tried to work consistently with the design codes of previous Pirelli boats, to make this boat stand out, enriching its sporty spirit with clean, balanced and elegant lines that give the design an evergreen appeal. We also had a special focus on the areas set aside for relaxation. The boat is easy to drive and can deliver remarkable performance,” said Ted Mannerfelt, CEO and Design Director of the Swedish company of the same name that designed the sophisticated but highly sporty styling.

A 13.10-meter walkaround designed in partnership with celebrated Swedish firm Mannerfelt Design Team, the Pirelli 42 is a versatile craft created for use as both an everyday chase boat or a mid-range cruiser.

The new model is 13.10 meters long, with a beam of 4.1 meters, and can be fitted with inboard or outboard engines, diesel, and petrol with a range of power ratings, up to a maximum speed of about 45 knots to meet the needs of a broad range of owners, including those looking for high-speed performance.

Also on 2020 boot show at the Milan-based shipyard’s stand were the PIRELLI J33 with the new 90hp ROTAXACE 903 engine, while the Azimut Yachts stand will be hosting the PIRELLI J45 Diesel AzimutSpecial Edition.

There was also a PIRELLI J33 on show at the Linssen Yachts stand. The Dutch shipyard recently began offering PIRELLI | TecnoRib tenders to owners of the brand’s displacement yachts in the 9 to 215-meter range. The models chosen from the broad range produced by the Milan-based Shipyard are J29, S28, S31 e S34. 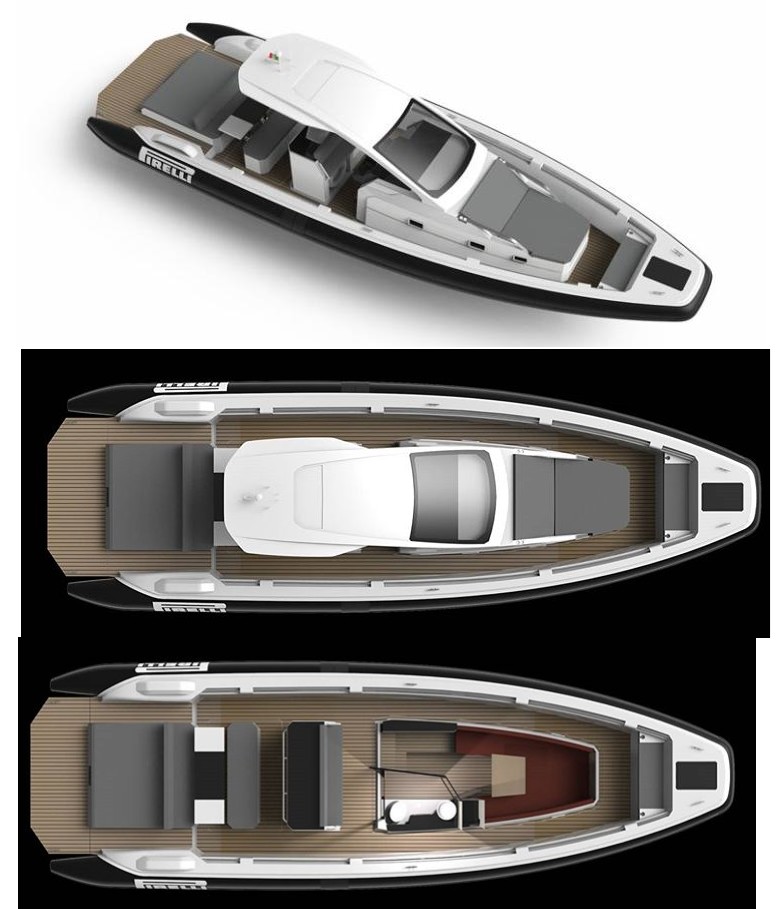 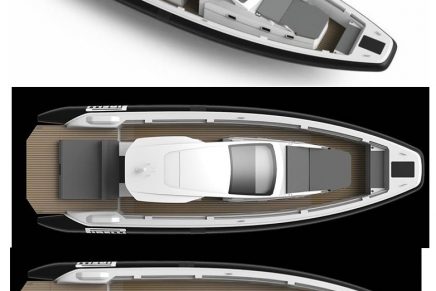