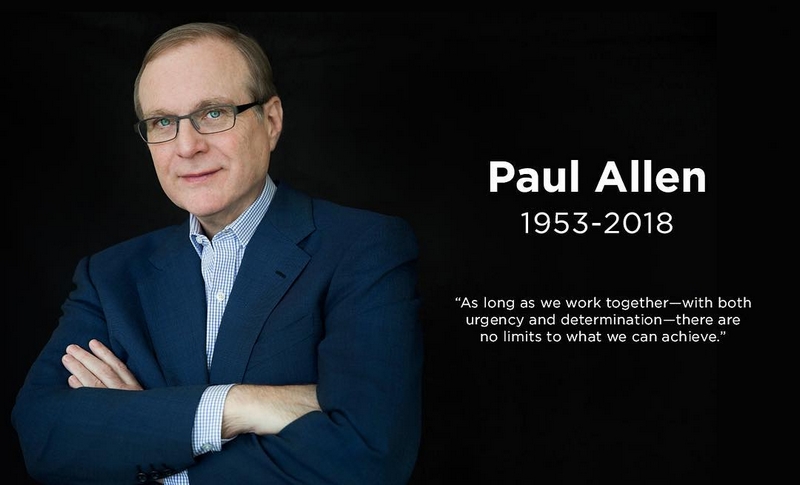 Aside from his fame as Microsoft co-founder and philanthropist, Paul Allen’s life centred on a twin obsession with sport and the fate of warships sunk in critical battles during the war in the Pacific.

In recent years, Allen bankrolled several expeditions that resulted in the discovery of Japanese and US vessels that would otherwise have remained, largely forgotten, on the ocean floor.

In 2015, a team led by the billionaire found the sunken Japanese warship Musashi off the coast of the Philippines, ending a long-running mystery about its exact location.

US forces sank the 263 metre-long, 73,000-ton Musashi on 24 October 1944 as it was about to participate in the Battle of Leyte Gulf, killing more than 1,000 sailors – about half the ship’s crew. Along with its sister ship the Yamato, the Musashi was the heaviest and most powerfully armed battleship in the history of naval warfare.

Experts likened the find to the 1985 discovery of the Titanic, while Allen, who had spent eight years searching for the Musashi, said it would “bring closure to the families of the lost”.

In March this year, an Allen-funded expedition discovered the remains of the USS Juneau off the coast of the Solomon Islands in the South Pacific.

The 687 men who went down with their ship after it was torpedoed by the Japanese in November 1942 included five brothers, known as the Sullivans from Waterloo, even though US naval policy stipulated that siblings could not serve in the same military unit.

Earlier in March, Allen’s team located the wreckage of the aircraft carrier the USS Lexington, more than 500 miles off the eastern coast of Australia.

Each discovery elicited tributes from Allen to the men who died and to the families who would never be able to lay their loved ones to rest.

“As Americans, all of us owe a debt of gratitude to everyone who served and who continue to serve our country for their courage, persistence and sacrifice,” he said after the Lexington was found 3,000 metres below the surface.

The USS Ward, a destroyer found off the Philippines last December, fired the first American shot in the war when the Japanese attacked Pearl Harbor in December 1941. Its second shot sank a Japanese midget submarine. The Ward was sunk three years later after a kamikaze raid.

The same expedition resulted in the discoveries of the USS Cooper and five Japanese warships: the Yamashiro, Fuso, Yamagumo, Asagumo and Michishio.

Closer to home, Allen’s influence on the cultural landscape of his native Seattle extended to the sporting field. He bought the NFL’s Seahawks in 1997 and was a co-owner of MLS franchise Seattle Sounders.

The Seahawks were facing relocation when Allen stepped in to save the team and under his stewardship they went on to reach three Super Bowls, winning one – their only NFL championship – in 2013.

“His legacy will live on forever,” Carroll added.

Allen, who described himself as a “true fan” of basketball, also owned the NBA’s Portland Trailblazers since 1988.

“Paul Allen was the ultimate trail blazer – in business, philanthropy and in sports,” NBA commissioner Adam Silver said in a statement.