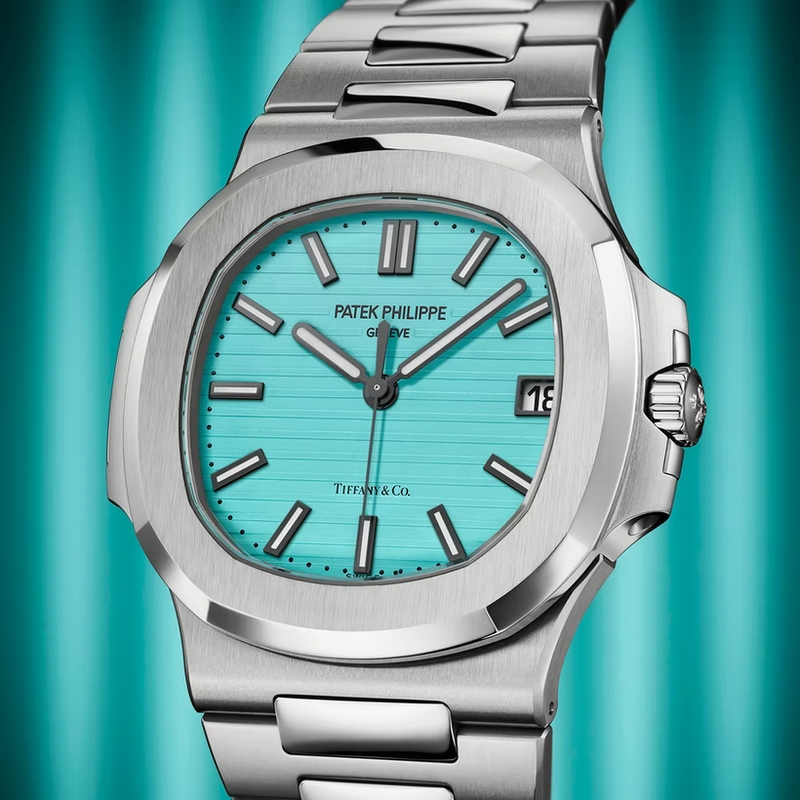 American luxury jeweler Tiffany & Co., founded in 1837, and Geneva watchmaker Patek Philippe, founded in 1839, have shared the same values since their creation: a quest for excellence, a passion for artisanal skills and an unwavering focus on providing impeccable service for customers. Their ties have continually grown stronger since an initial agreement in 1851 that made Tiffany & Co. the first official retail partner for Patek Philippe timepieces in the U.S. market. A limited series of 170 Nautilus wristwatches celebrates the anniversary of this remarkable alliance.

Tiffany & Co. and Patek Philippe have cultivated a relationship anchored in by excellence for 170 years. 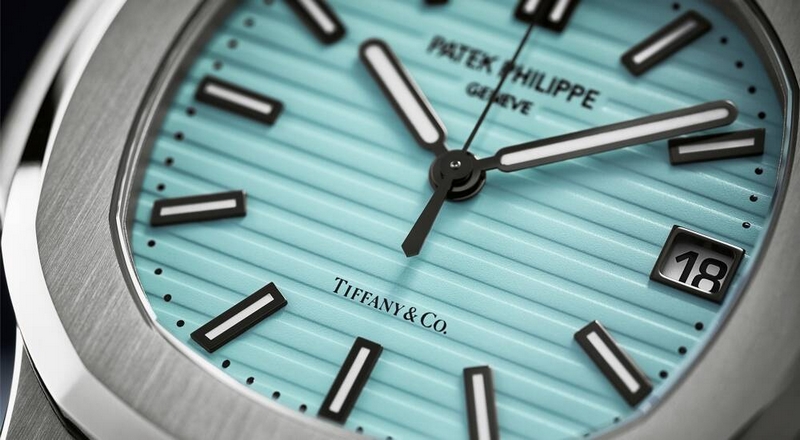 To fête this exceptional anniversary, the two brands have created a limited-edition run of 170 Ref. 5711/1A-018 Nautilus wristwatches in steel. The timepieces feature dials in the famous Tiffany Blue and dual stamping of the signatures Tiffany & Co. at 6 o’clock and Patek Philippe at 12 o’clock. The Nautilus collection’s signature horizontal relief embossing is amplified by baton hour markers and minute hands, blackened in white gold with luminous watch hands.

The inimitable design of the case, the bezel and the integrated steel bracelet are set off by a refined sequence of satin-finished and polished links, applied by hand in a process that requires 55 steps to complete each watch. The case – which is water-resistant to 120 meters – is fitted with the self-winding caliber 26 -330 S. This innovative movement boasts a host of technical innovations and optimizations, as well as a stop-seconds mechanism that sets the time with one-second accuracy. A sapphire-crystal case back bears the commemorative inscription “170th Anniversary 1851- 2021 Tiffany & Co. – Patek Philippe”.

The 170 Nautilus wristwatches in this anniversary limited edition will be available exclusively at Tiffany boutiques that carry Patek Philippe in New York, Beverly Hills and San Francisco. On December 11, Tiffany & Co. and Phillips in Association with Bacs & Russo have auctioned off one of the commemorative watches, with 100% of proceeds benefiting The Nature Conservancy, a global environmental organization. 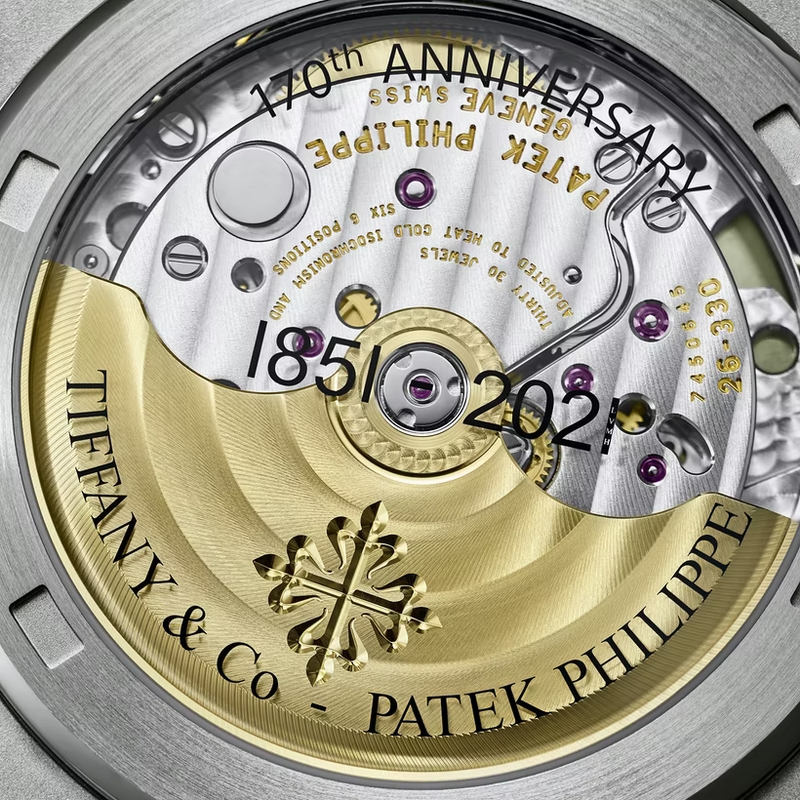 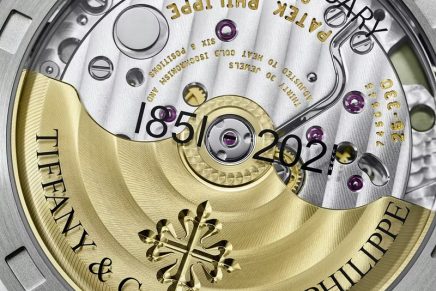 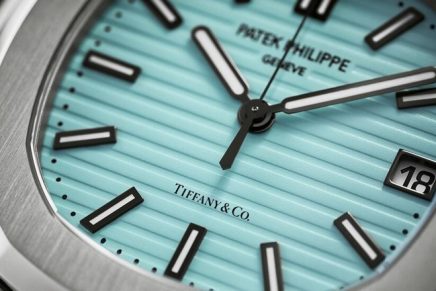 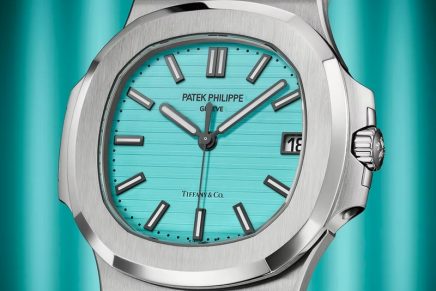