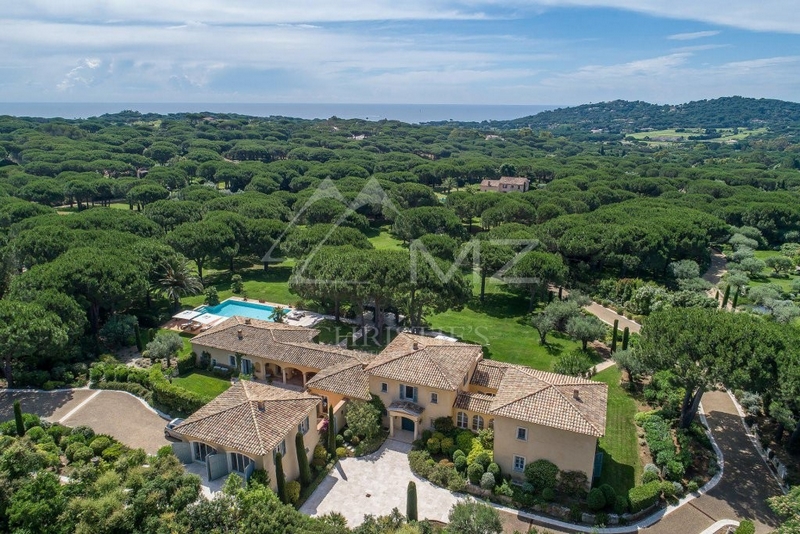 This article titled “Outcry as rich Saint-Tropez residents ‘given coronavirus tests'” was written by Kim Willsher, for theguardian.com on Saturday 25th April 2020 06.00 UTC

On the sunny Côte d’Azur, playground of the rich and famous, lockdown life in Les Parcs de Saint Tropez is good.

The Mediterranean – accessed via a private beach – is a little cool this time of year, but the luxury mansions and château here on the Cap Saint Pierre have swimming pools and if the temperature drops below 70F, as it did briefly this week, there is always the tennis courts or vast landscaped gardens.

There is no need to carry an authorisation letter to go jogging when the 270-acre gated and guarded domain is chez vous.

Now local officials are investigating reports that super-wealthy residents of the complex overlooking the Bay de Canoubiers on the French Riviera also had access to private coronavirus tests at a time when even local hospital staff face a lack of screening.

The local newspaper Var-Matin reported around 60 of Les Parcs’ residents and their friends had been offered Covid-19 tests at a private unit on the grounds staffed by a doctor and technician. This was carried out as part of a “totally private screening operation” allegedly organised by the president of Les Parcs Association, Jean-Louis Oger, a wealthy French pharmacist who has several clinics and laboratories in the south of France.

Less fortunate neighbours reacted with anger. “Testing reserved for residents of Les Parcs and their friends under the noses of Tropéziens … a great example of solidarity,” one told Var-Matin.

At the Saint-Tropez hospital, medical staff told the Washington Post they were scandalised. “It’s not right that we don’t have a single test and it’s a nightmare to get hold of one,” a doctor told the paper.

Saint-Tropez’s mayor, Jean-Pierre Tuveri, attempted to defuse the row. He defended the tests, claiming the wealthy residents were willing participants in a clinical blood trial and accused social networks and the press of distorting the facts.

In a statement published on the town hall website, he said the blood tests had been carried out on people “in a private domain and unpaid” as a sample to be analysed by certain, unnamed “laboratories”. And he insisted the operation was carried out “under the aegis of the Pasteur Institute” to whom the results would be sent.

The test could not be used by local hospital staff because it had not been approved by the health authorities, he added.

However, the Pasteur Institute in Paris, a national centre for developing and authorising tests, said it knew nothing about those carried out at Les Parcs.

“This is a trial carried out by a private laboratory. The laboratory is doing its own thing in its own corner. We’re not advocating wildcat studies; they need to be evaluated with the results of baseline tests,” it told French journalists.

“We work with [blood] plasma from patients, plasma that has already been verified, collected within the legal framework of clinical trials,” the Institute added. It described Mayor Tuveri’s statement as “quite suspicious”.

“He quotes us and links us to this when we were not at all aware of it,” the institute added.

The regional health authority, ARS Paca, also said they had not heard of or approved the Les Parcs Covid-19 testing.

“We don’t know anything about it and we’re going to conduct an investigation to get to the bottom of it,” an ARS spokesperson said.

Sébastien Debeaumont, director of ARS Paca, confirmed this, adding that any Covid-19 centre had to be meet very specific regulation. “We knew nothing about this local initiative, having not been informed in advance, he said.

Properties, some of which have tennis courts on the roof and swimming pools that cover to become terraces, rent for €200,000 a week, according to Capital magazine. Six heliports are authorised in the grounds as long as there are no more than two take-offs a day. Capital magazine reported that some residents are happy to pay €1,000 a month for 100 Mbits a second internet connections.

France has more than 119,000 confirmed cases of Covid-19 according to government figures. There have been 21,340 deaths reported in hospitals and care homes from the virus.

• This article was amended on 27 April 2020 because an earlier version quoted from medical staff at the Saint-Tropez hospital and misattributed them to the French newspaper Var Matin instead of the Washington Post.