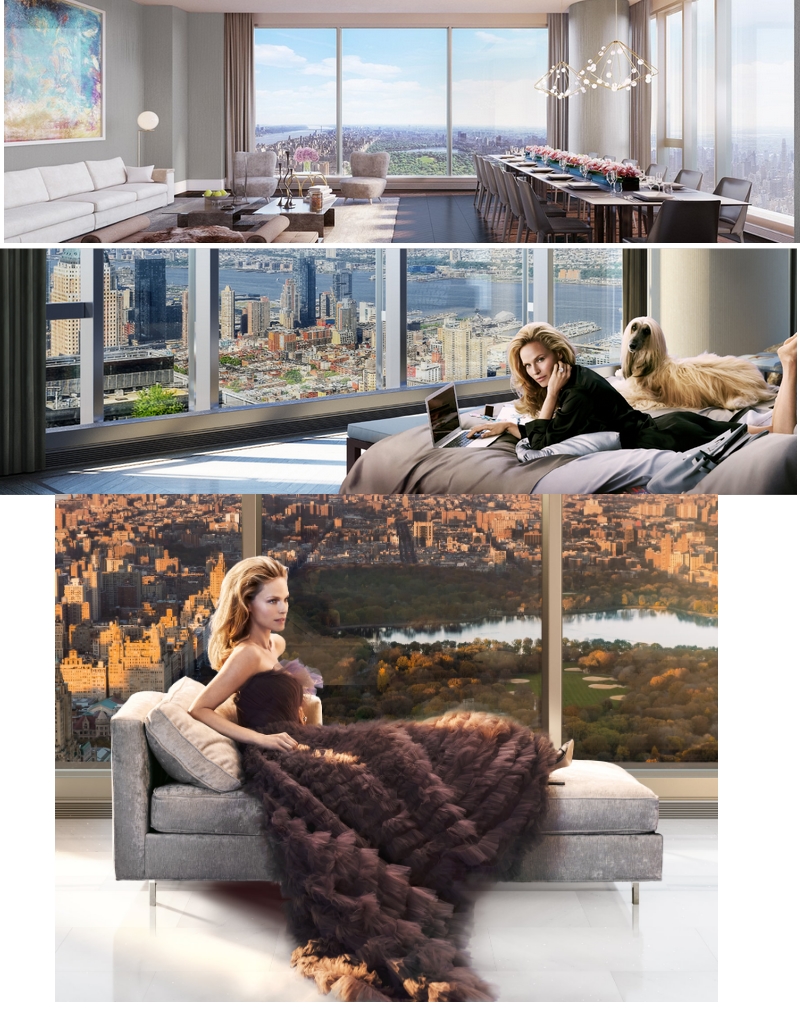 Central Park Tower has topped out, which at 1,550 feet, will be the tallest residential building in the world.

Designed by top architectural firm Adrian Smith + Gordon Gill Architecture (AS+GG), a firm committed to the design of high-performance, energy-efficient and striking architecture. Central Park Tower’s beautiful facade features combined elements of glass, satin-finished stainless steel, and light-catching vertical and horizontal details that accentuate the interplay of texture and light. At a height of 300 feet from the street, the tower cantilevers to the east, creating Central Park views for all north-facing residences.

The grand residential interiors are designed by Rottet Studio, whose projects include the St. Regis Hotel in Aspen and the Loews Regency Hotel in New York. Rottet Studio’s trademark level of detail and unique custom finishes throughout Central Park Tower create a highly sophisticated environment. The 179 ultra-luxury two-to-eight-bedroom residences begin on the 32nd floor of the building and range in size from 1,435 square feet to over 17,500 square feet.

“Central Park Tower is the pinnacle of development in New York and around the world,” said Gary Barnett, Founder and Chairman of Extell Development Company. “We would not be able to offer this level of design, quality and service without the contributions from the world’s most talented architects, engineers and designers.”
The tallest residential tower ever built will host one of the world’s most exclusive private clubs. 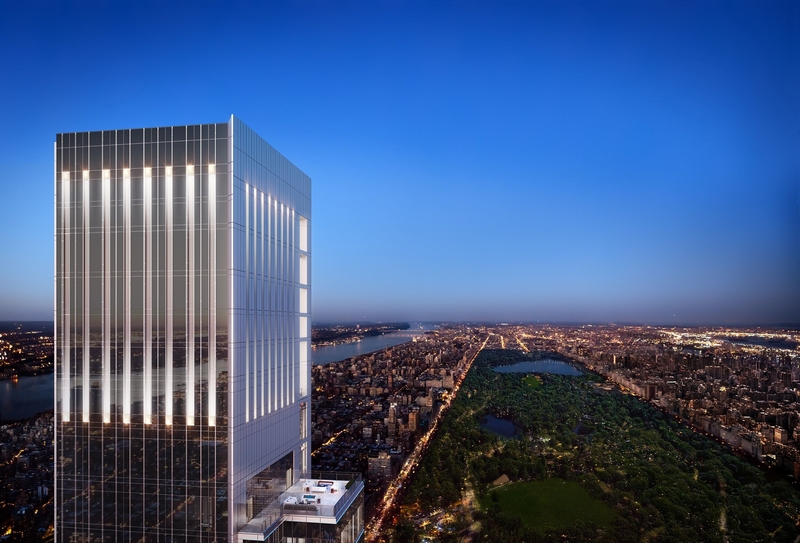 Central Park Tower Becomes the Tallest Residential Building in the World. The grand living and entertaining spaces are strategically positioned in the corners of the residences; @centralparktower.com

Located within the tallest residential tower ever built will be one of the world’s most exclusive private clubs, Central Park Club.

At the base of Central Park Tower, will be Nordstrom‘s first full-line department store. This approximately 300,000-square-foot, seven-story store represents the company’s biggest statement for its brand and is the culmination of a 25-year search for the perfect site to open a New York flagship store. This is Nordstrom’s largest single-project investment in its over 100-year history. The store will open to the public on October 24, 2019.

Extell is co-developing Central Park Tower with SMI USA (SMI), the US subsidiary of Shanghai Municipal Investment, a leading infrastructural investment company responsible for the esteemed Shanghai Tower, the second tallest building in the world. Lendlease, one of the world’s largest property, infrastructure, development and construction management firms, served as construction manager for Central Park Tower. 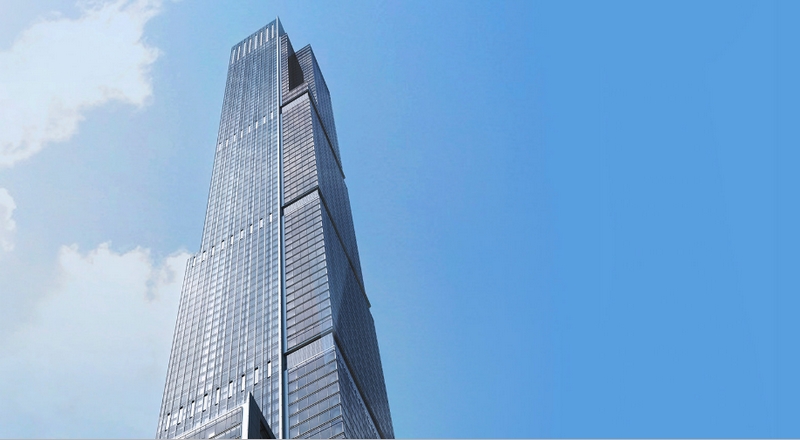 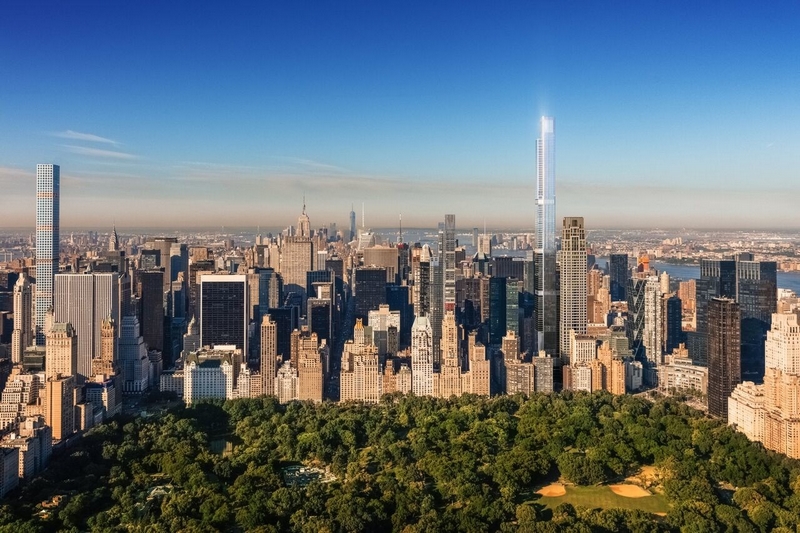 Central Park Tower has topped out, which at 1,550 feet, will be the tallest residential building in the world; @centralparktower.com 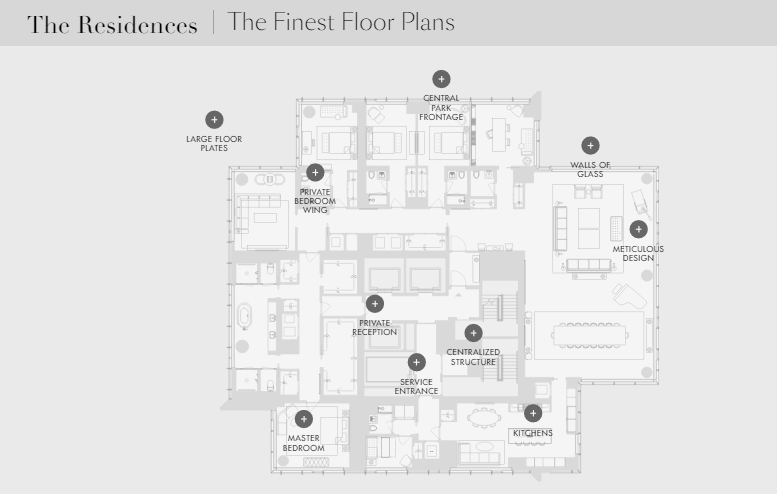 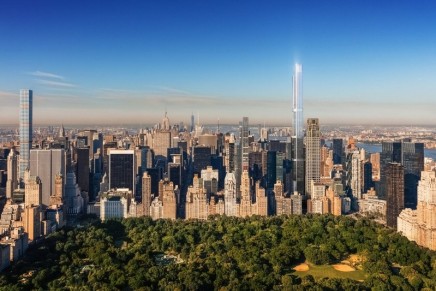 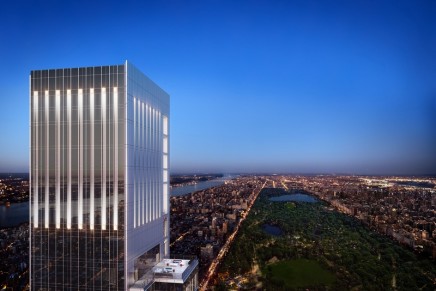 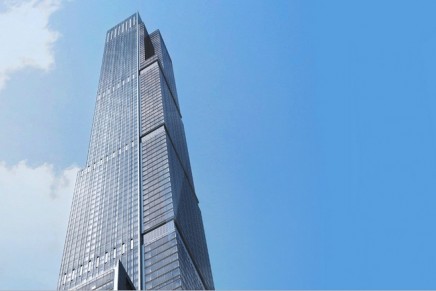 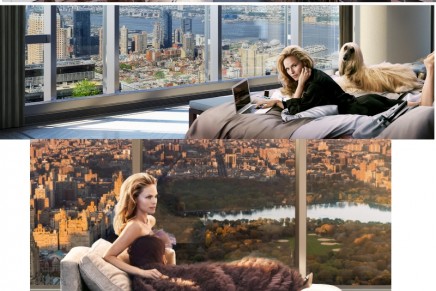 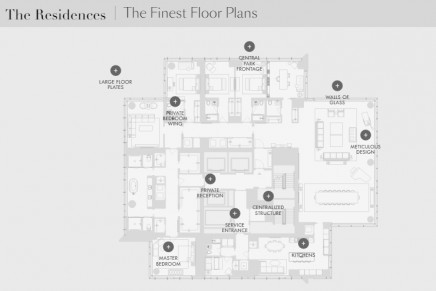