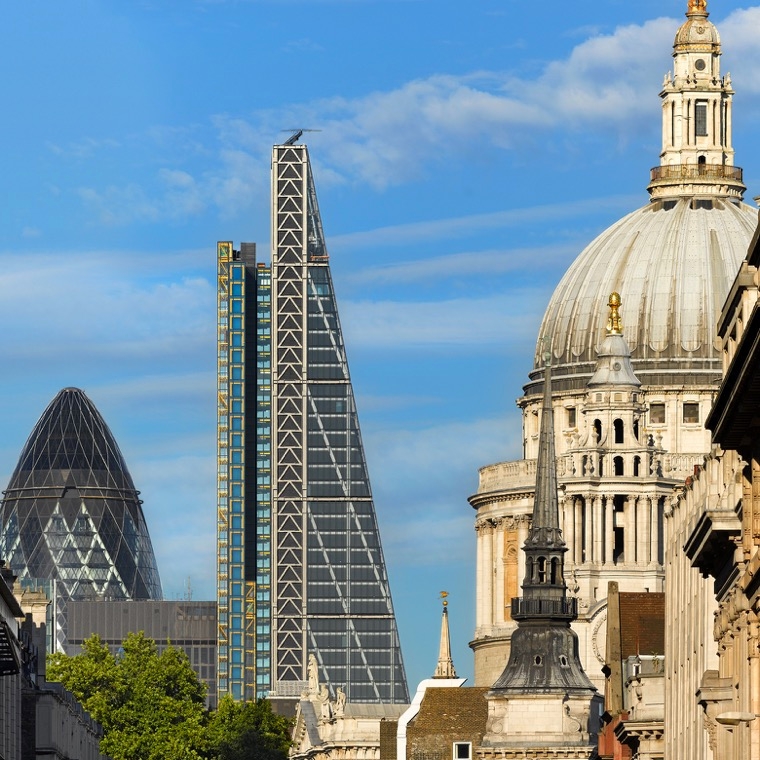 This article titled “City of London tightens rules on skyscrapers over wind tunnel fears” was written by Gwyn Topham and Adelina Adjei, for The Guardian on Monday 19th August 2019 23.01 UTC

Tougher building rules for skyscrapers have been drawn up by the City of London because of concerns that a high-rise, urban microclimate will generate winds capable of knocking over cyclists and pedestrians.

Developers will have to provide more comprehensive safety assessments of how proposed buildings will affect people on street level, with more robust testing of roadways and pavements using detailed scale models in wind tunnels and computer simulations.

The City will also reduce the level of wind conditions deemed tolerable under the rules, reclassifying average speeds of more than 8 metres per second (18mph) as “uncomfortable” in all circumstances and forcing developers to mitigate plans if designs are shown as likely to affect cyclists and pedestrians.

A host of skyscrapers have joined the London skyline in recent years, with a particular cluster in the City, including the Leadenhall Building, known locally as the “Cheesegrater”, and the “Walkie-Talkie” at 20 Fenchurch Street. Another 13 skyscrapers, ranging from 78-305 metres tall, are expected by 2026, with six under construction and another seven having received planning consent from the City of London.

Reports of fierce downdraughts came soon after construction of the 39-storey Walkie-Talkie was completed in 2014. The building’s shape resulted in the sun’s rays being reflected on to streets in such an intense beam that journalists were able to fry an egg in the heat.

While the City of London Corporation said the new guidelines were not in response to any particular incident, a spokeswoman added it had been “closely monitoring high-rise buildings, including the Walkie-Talkie, to ensure wind conditions in the surrounding streets remain stable”.

In the UK, the dangers of tall buildings creating wind tunnels have been most evident in Leeds, where the Bridgewater Place tower has caused multiple road closures and the death of a pedestrian when a lorry was blown over.

Cycling groups welcomed the City of London’s move. There is a “well-documented risk of concrete canyons … creating wind conditions where pedestrians can be knocked off their feet or cyclists can be pushed sideways into the path of motor vehicles”, said Simon Munk of the London Cycling Campaign.

Roger Geffen, the policy director at Cycling UK, said he had experienced problems in Bishopsgate, the site of the 230-metre Heron Tower, the City’s tallest completed skyscraper. He continued: “Anywhere where a tall building goes up, you find that somewhere you could be previously cycling happily, there is a wall of wind.

“You can suddenly be really struggling. In the rush to put up tall buildings, no one has been thinking about what it means for aspirations to make cycling and walking simpler and safer. It’s great that someone has started now.”

Alastair Moss, who chairs the corporation’s planning and transportation committee, said the move was a first for the UK in prioritising cyclists and pedestrians, adding: “With the number of tall buildings in the Square Mile growing, it is important that the knock-on effects of new developments on wind at street level are properly considered.”

The tougher guidelines will require assessment of wind impacts at the very beginning of design development, with more micro-level tests from 36 wind directions, using separate consultants for computer and physical simulations. Exposed spots near the Thames, or near schools, parks or hospitals, will require additional checks.

City workers combatting the gusts at the base of the Walkie-Talkie confirmed the effects of central London’s skyscraper-induced microclimate. Christina Hommel, 30, who works in a neighbouring block, said: “It’s windy every day: in the morning, when you leave work, and when you cross the street, it’s super-windy.

“You can start walking at the start of Fenchurch Street and it’s fine and then you continue and the wind just comes at you. It’s quite unexpected.”

James, 45, who works in the Walkie-Talkie, said: “It’s pretty windy around here. I’m all for these skyscraper buildings, I think they look quite nice but there is a downside to it all.”